Off Their Plate nonprofit bringing together struggling restaurants, first responders

The nonprofit "Off Their Plate" is bringing together restaurants impacted by coronavirus shutdowns. and having them make meals for first responders, like frontline health care workers. 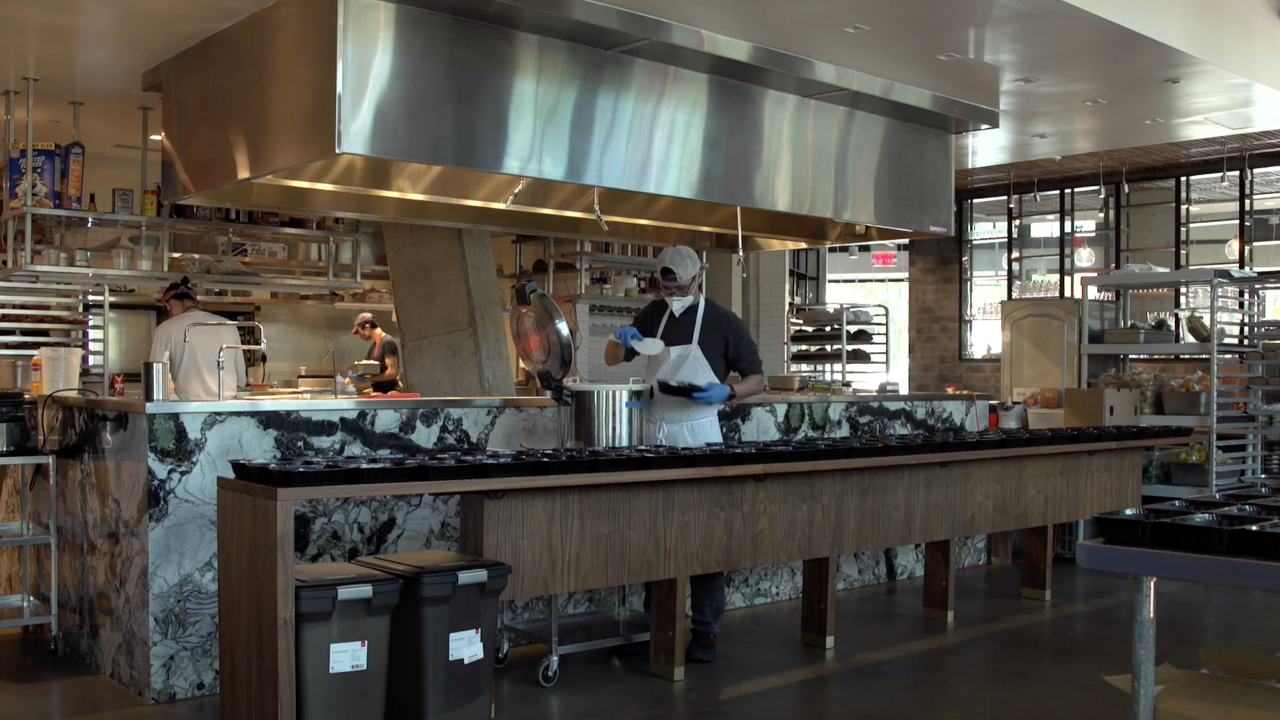 WASHINGTON, D.C. – Inside Emilie’s restaurant, the tables may be empty, but the kitchen is cooking.

“You call it global, you call it fusion,” said Chef Kevin Tien.

For Tien and his staff, there’s an order for 100 Vietnamese rice bowl lunches on this day, heading to the staff at a local Washington, D.C. area hospital.

“Jasmine rice in the bottom, lemongrass grilled chicken,” he said.

How the order came in, though, is far from traditional.

“We saw this huge need on both sides,” said Ariana Tiwari, who is with Off Their Plate.

It’s a nonprofit that began during the pandemic taking struggling restaurants and pairing them with meal orders donated to first responders.

Off Their Plate currently operates in nine cities across the U.S. from New York City to San Francisco.

“We purchase meals at $10 a meal from our restaurant partners,” Tiwari said. “Half of the cost of each meal goes directly to wages.”

That, in turn, allows restaurants, like Emilie’s, to hire back furloughed workers.

The orders coming in through Off Their Plate also allowed Emilie’s to keep providing health insurance to all its workers, even those they still haven’t been able to hire back.

It’s all possible because of donations from corporations and individuals, who’ve given more than $4 million to the cause and restored more than four thousand restaurant worker shifts.

“I’m excited about giving people some source of income through this pandemic,” said Tiwari.

Yet, Off Their Plate, believes that, ideally, their nonprofit won’t be around forever.

“The hope is that the restaurant industry and the health care workers industry really get back to normal, where we're not needed,” Tiwari said.

It’s a normalcy Chef Kevin Tien is aiming for – to get every employee back.

“Even if it takes one at a time and it takes a little bit longer,” Chief Tien, “but we want to be back.”

Off Their Plate is affiliated with the nonprofit “World Central Kitchen.” It’s run by famed restaurant owner and Chef Jose Andres, known for providing free meals to people after the 2010 earthquake in Haiti, Hurricane Maria in Puerto Rico and now at his restaurants around the U.S. during the pandemic.