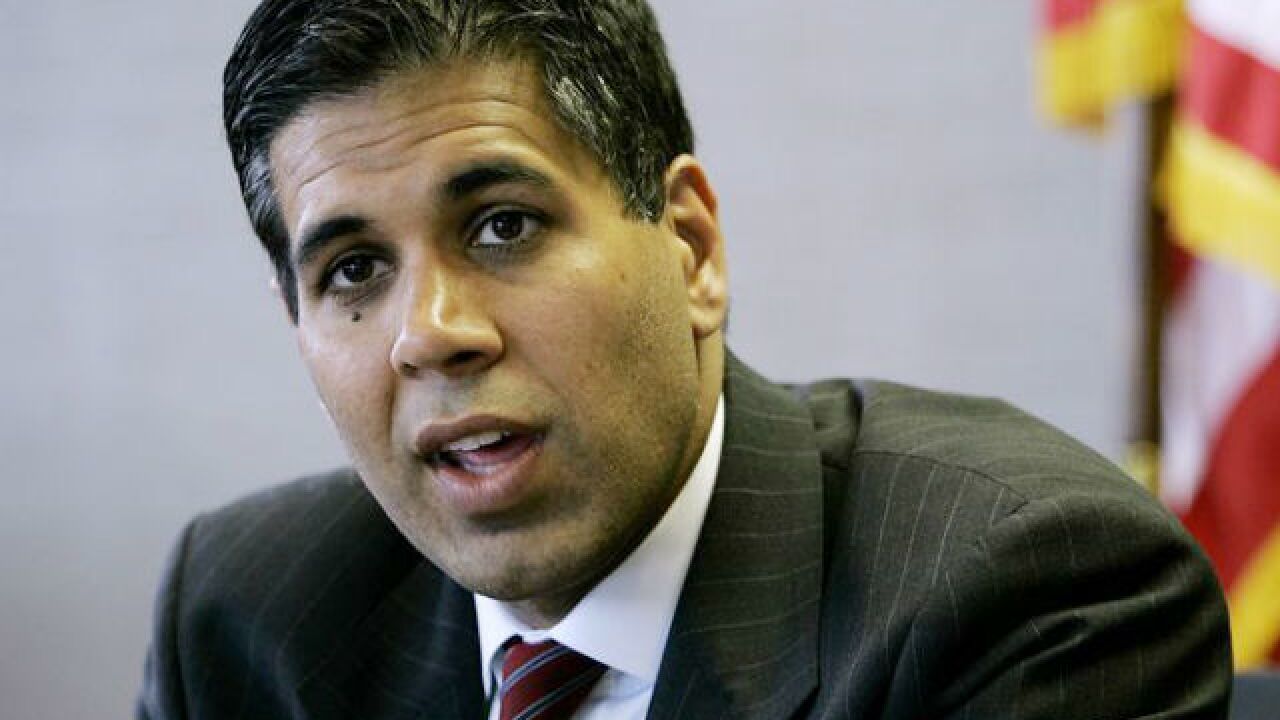 Copyright 2018 Scripps Media, Inc. All rights reserved. This material may not be published, broadcast, rewritten, or redistributed.
<p>Amul Thapur of the U.S. Sixth Circuit Court of Appeals in Cincinnati was considered a candidate to replace retiring Justice Anthony Kennedy on the U.S. Supreme Court.</p>

CINCINNATI – After making the final five, a Cincinnati-based federal appeals court judge has dropped off President Trump’s list of candidates for Supreme Court justice, according to National Public Radio.

Trump has narrowed the field to three, not including Judge Amul Thapar of the 6th Circuit Court of Appeals, NPR reported Thursday.

NPR’s report did not specify why Thapar was out. It cited “two sources close to the process” in reporting that the three finalists are Judges Brett Kavanaugh, Amy Coney Barrett and Raymond Kethledge, “with Kavanaugh and Barrett as the top two at this moment.”

Trump interviewed Thapar and the other finalists Monday.

Thapar, 49, was Trump's first judicial nomination to a district or appeals court. Thapar was on Trump's short list to replace Antonin Scalia, who died in 2016, on the high court before losing out to Neil Gorsuch. The son of Indian immigrants, Thapar would become the first Asian-American justice on the Supreme Court.

Starting when he was a law clerk here in 1994, the Troy, Michigan, native has lived and worked in the Tri-State for almost 20 years. Thapar has been on the faculty of Chase College of Law for 10 years. Ironically, one of his classes is The Supreme Court Seminar.

From 2008 to 2017, Thapar served as a federal judge for the Eastern District of Kentucky.

Friends and colleagues gave him their unqualified praise in interviews with WCPO.

“I’ve never labeled him liberal, conservative,” said Adam McNeely. “I think he’s a principled jurist who follows the law and he works hard to get the right result.”

“What’s consistent is that he is always prepared, he is always respectful, he sees the big picture,” said Jeff Mando.

“He’s highly intelligent, really thoughtful about everything that he does,” said Michael Whiteman.

“As phenomenal a judge as he is, I think he’s 10 times better a human being,” said Ben Dusing.