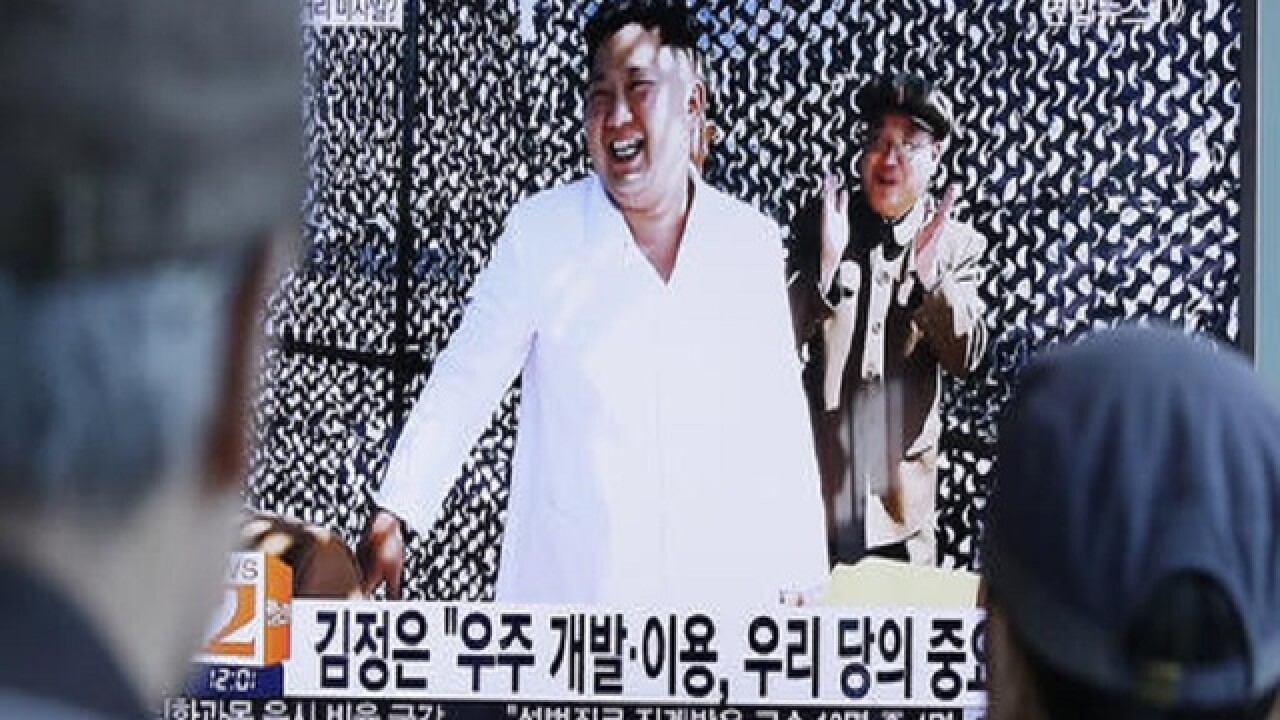 By: Associated Press
Posted at 2:05 AM, Sep 20, 2016
SEOUL, South Korea (AP) — North Korean leader Kim Jong Un has overseen a ground test of a new rocket engine and ordered a satellite launch preparation, state media said Tuesday, an indication the country might soon conduct a prohibited long-range rocket launch.
The United Nations and others view the North's space launch development project as a cover for tests of missile technology, as ballistic missiles and rockets in satellite launches share similar bodies, engines and other technology. North Korea is also openly working on developing nuclear-armed missiles capable of striking the U.S. mainland.
Kim directed the ground test of a high-powered engine of a carrier rocket for a geo-stationary satellite at the Sohae Space Center in the country's northwest, according to the official Korean Central News Agency.
Kim was quoted as ordering officials and scientists to complete preparations for a satellite launch as soon as possible, amid "the enemies' harsh sanctions and moves to stifle" the North.
Jeon Ha-kyu, a spokesman at South Korea's Joint Chiefs of Staff, said South Korea believes the test was for a new engine for a long-range missile. South Korean media speculated the North could conduct a long-range rocket launch around Oct. 10, which is the 71st founding anniversary for the North's ruling Workers' Party.
Earlier this month, North Korea conducted its fifth nuclear test, prompting South Korean and U.S. officials to vow to apply more sanctions and pressure on the North. The test explosion, the most powerful to date, was conducted on the 68th anniversary of the founding of North Korea's government.
The North was already slapped with the toughest U.N. sanctions in two decades following its fourth nuclear test in January.
Since late 2012, the North put two satellites into orbit with long-range rockets, each time inviting international sanctions and worldwide condemnation.
North Korea has said it needs nuclear weapons and missiles to cope with U.S. military threats. About 28,500 U.S. troops are stationed in South Korea, a legacy of the 1950-53 Korean War which ended with an armistice, not a peace treaty.
Copyright 2016 The Associated Press. All rights reserved. This material may not be published, broadcast, rewritten or redistributed.