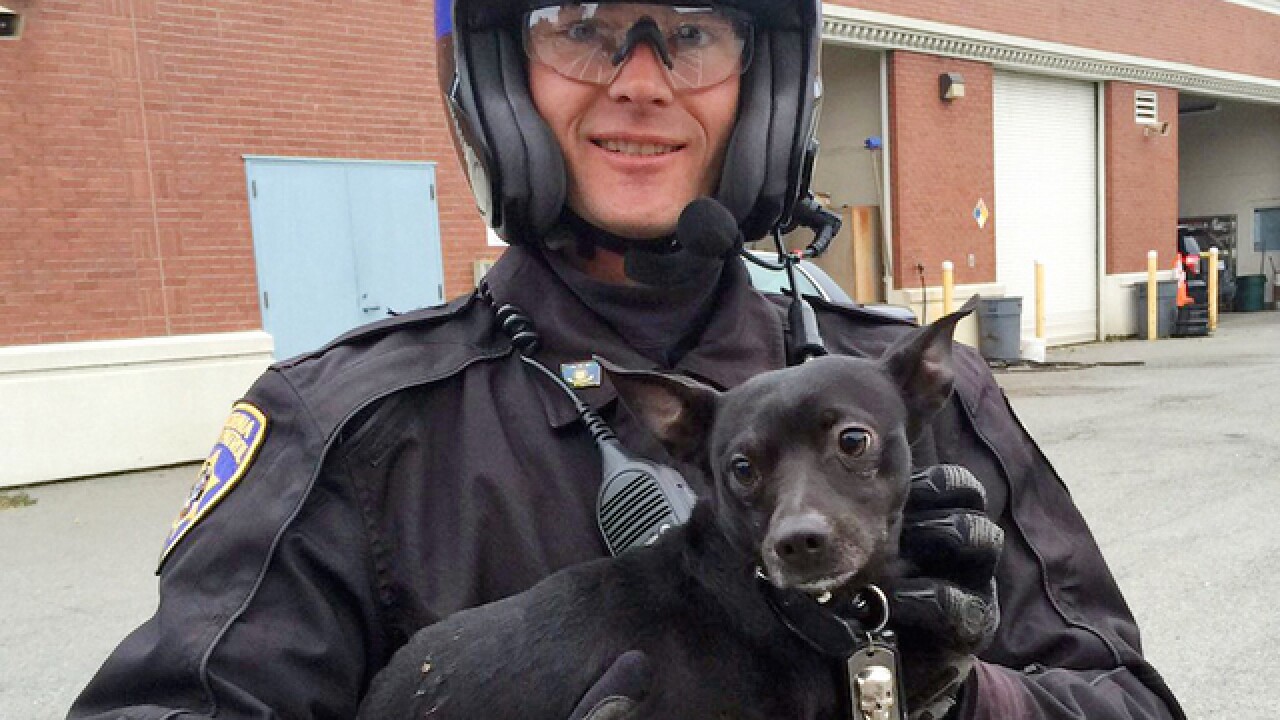 <p>In this photo provided by the California Highway Patrol, CHP Officer G. Pumphrey holds a male Chihuahua after they found it running loose on the San Francisco-Oakland Bay Bridge in San Francisco Sunday, April 4, 2016. Officers finally corralled the dog, then posted this image and video of the chase on their Facebook page seeking the public's help in finding the owner.</p>

SAN FRANCISCO (AP) — No one has come forward to claim a wayward Chihuahua who led police on a chase across the Oakland-San Francisco Bay Bridge earlier this week.

KNTV reports Friday that Ponch will now head to foster care. He was named after the California Highway Patrol Officer Frank Poncherello played by Erik Estrada in the 1970s television series "CHiPs."

The CHP says the small black dog led them on "quite a chase" Sunday and posted a video of it running furiously on the upper level of the bridge while being trailed by a motorcycle officer.

A spokeswoman for the city's Department of Animal Care and Control said the dog wore a tag decorated with a human skull, but it had no identification.