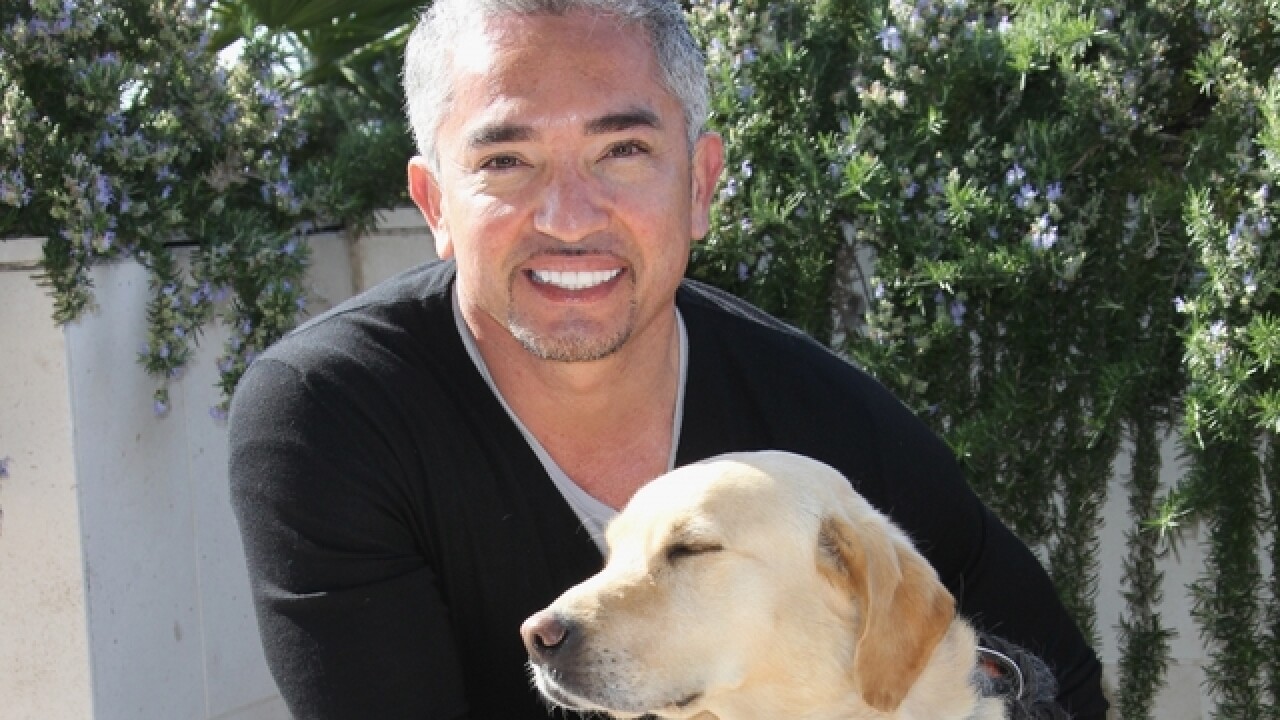 LOS ANGELES (AP) — No charges will be brought against TV "Dog Whisperer" Cesar Millan following an investigation of animal cruelty complaints involving an episode in which a dog nipped a pig's ear, authorities said Monday.
The investigation showed the dog accidentally escaped Millan's control, and people present instantly captured the dog, attended to the pig and called in a veterinarian, who found there was no need for treatment, Los Angeles County Deputy District Attorney David Jacobs wrote in a case evaluation statement.
"There is no evidence that the pig was used as bait, and all parties who witnessed the incident felt it was an accident," the evaluation said. "Although in the video the pig is seen bleeding, the dog's act was merely a nip and did not tear or bite the skin off."
The complaint was started online and based on footage from Millan's television show "Cesar 911," in which a French bulldog-terrier mix named Simon was undergoing behavior modification because it had a history of attacking other animals, including its owner's pigs.
Simon chased and nipped the pig after Millan placed the animals together in a yard. A Change.org petition called on Nat Geo WILD to take the show off the air, calling Millan's methods inhumane.
The county Department of Animal Care and Control independently investigated and concluded the pig "is fine and has no discernable injury to its ear," the evaluation said.
Millan said in a statement that he was pleased but not surprised by the decision.
"Our animal handling procedures are safe and humane. ... I am continuing my work rescuing and rehabilitating even the most difficult problem dogs, which has saved the lives of thousands of animals that otherwise would have been euthanized," Millan said.
The dog trainer has said he has used the same technique to help aggressive canines hundreds of times. The training involves getting the dog together with the animal it doesn't like so the two can learn to get along.
Millan's attorney, Brian Klein, said his client cooperated throughout the investigation.
"We were always confident that Animal Control would conclude that Cesar and his team did nothing wrong and that there would be no charges," he said.
Associated Press 2016