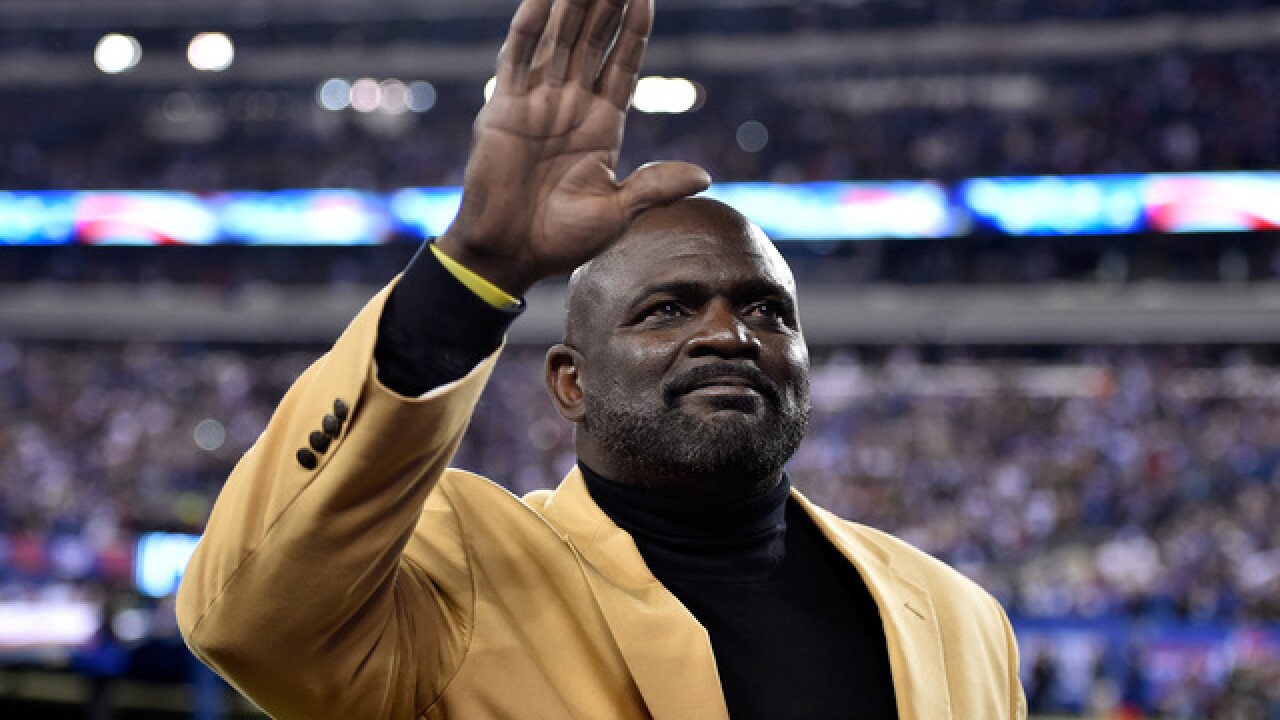 Copyright Getty Images
Al Bello
<p>LAWRENCE TAYLOR — Most famous role: "Any Given Sunday" (1999) — In addition to being one of the greatest players in NFL history, Taylor was also one of its biggest iconoclasts. He has appeared as himself in movies including "The Waterboy" and "When in Rome," but he's also played legitimate acting roles in movies including "Any Given Sunday" and 2000's "Shaft."</p>

Spokesman Sgt. Mark Wysocky tells the newspaper that Taylor was arrested after a crash on Florida's Turnpike. Wysocky says more details will be released Saturday.

WPTV reports that Taylor, 57, was driving south on the turnpike from Beeline Highway about 5:20 p.m. when he became involved in a crash. The TV station says that Taylor switched lanes and hit a motor home and sideswiped a patrol vehicle.

Taylor, a retired linebacker, played 13 seasons with the New York Giants, helping the team win Super Bowl titles in 1987 and 1991.

In 2011, Taylor pleaded guilty in New York to sexual misconduct and patronizing a prostitute, misdemeanor charges. He was sentenced to six years of probation.