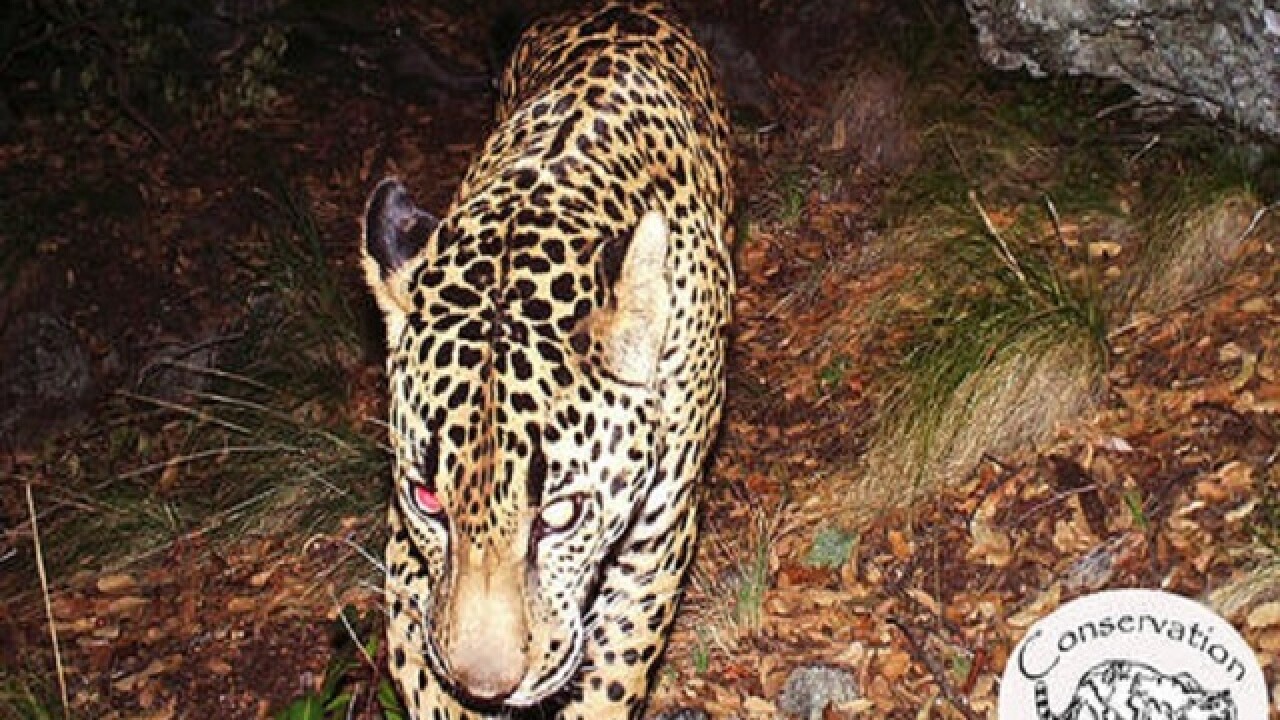 Mayke was born in Germany, expensively schooled and tediously trained to head off smugglers at the U.S.-Mexico border.
But on the way to Texas, the chocolate-colored border detection dog lost her nerve.
"The problem was, she was afraid of big trucks. She would just freeze right up," said Chris Bugbee, a carnivore biologist who claimed the 65-pound Belgian Malinois when border authorities rejected her in 2012.
Today, Mayke helps Bugbee track a different kind of border crosser: El Jefe, the only known jaguar living in the United States.
Bugbee studies the jaguar for Conservation CATalyst, a partner of the Center for Biological Diversity that focuses on conserving cats.
He and his canine companion spend their days tracking El Jefe in the quiet Santa Rita Mountains north of Tucson, Arizona.
Mayke discovered some of the first genetically verified jaguar droppings in the U.S., the biologist said.
"Chris has taught her when she finds jaguar poop to bark, and she barks and barks and barks and barks," said Bugbee's wife, Aletris Neils, a big cat biologist and Conservation CATalyst's executive director.
"Mayke would never work for anybody else the way she does for Chris," she said. "That relationship is really special."
Mayke also sniffed out several of El Jefe's resting places. Jaguars are great wanderers, and Bugbee figures El Jefe — Spanish for "the boss" — has at least 100 sleeping places in the mountains.
El Jefe, thought to be about 7, crisscrosses most of the 300-square-mile Santa Rita Mountains and beyond, Bugbee said. Scientists believe the jaguar came from a population in Mexico and then struck out on his own. The big cat is seen roaming the territory in a February video released by the Center for Biological Diversity, thanks to cameras set up by Bugbee with Mayke by his side.
Besides jaguar hiding spots, Mayke has discovered something else in her four years with the biologist: her confidence.
Bugbee said Mayke has gone from avoiding every "little hill" to bounding from boulder to steep boulder as she aids in his quest.
"She will do absolutely anything for him," Neils said. "She has become a 4-wheel drive dog — she lives to work and trusts him completely."
Associated Press 2016