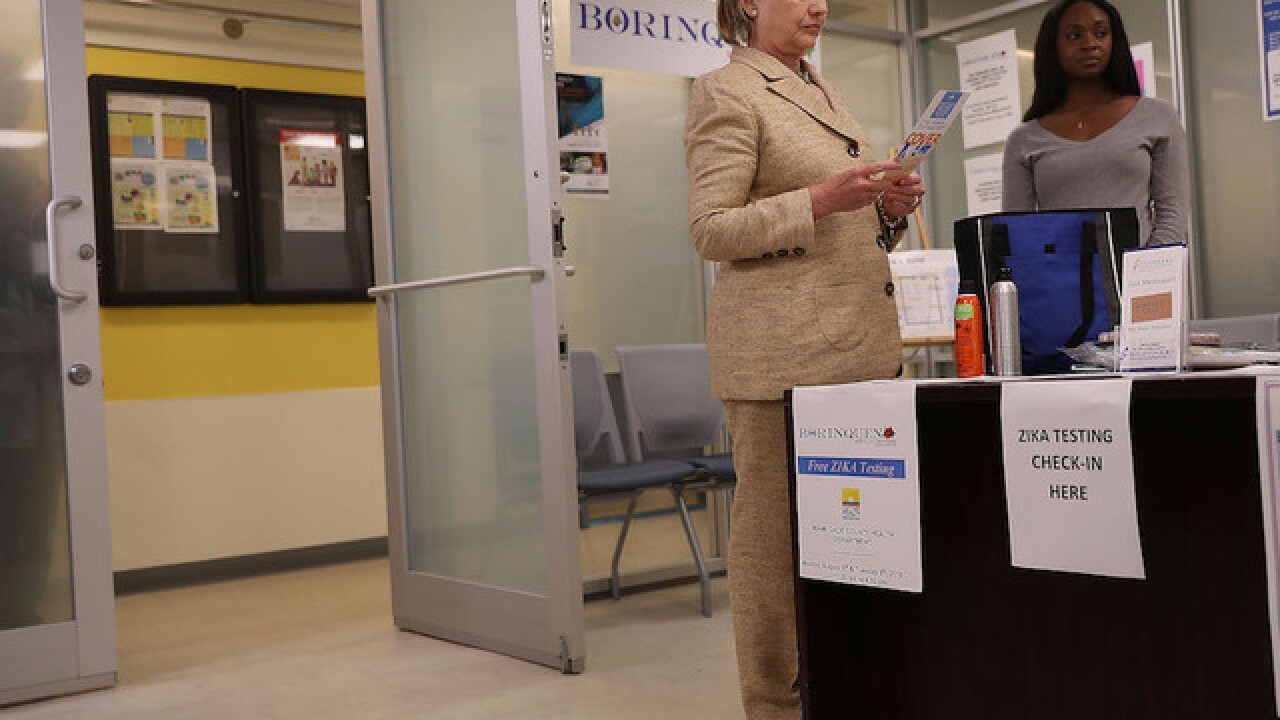 Copyright Getty Images
Joe Raedle
<p>Democratic presidential nominee Hillary Clinton stands at the Zika testing check-in desk at the Borinquen Health Care Center on August 9, 2016 in Miami, Florida. Clinton used the opportunity to call on Congress to pass emergency funding for the Zika virus response during the visit to a neighborhood dealing with the first U.S. outbreak of the disease. (Photo by Joe Raedle/Getty Images)</p>

A day after releasing 296 pages of emails from Clinton, Judicial Watch released an additional 10 pages on Wednesday.

Judicial Watch is a conservative watchdog group that went to court after making a Freedom of Information Act request for the State Department. The group filed suit against the state department in 2015.

The pages released Tuesday brought up questions regarding Clinton's time as secretary of state and the relationship between the department and the Clinton Foundation, according to CNN.

Judicial Watch reported that of the 296 pages released on Tuesday, 44 emails were not turned over to the state department.

Clinton's use of a private server for email and responses to questions regarding the server has been a major controversy for her campaign.

Republican presidential nominee Donald Trump is viewed unfavorably by 60.9 percent of people polled, according to the RealClearPolitics' polling average.