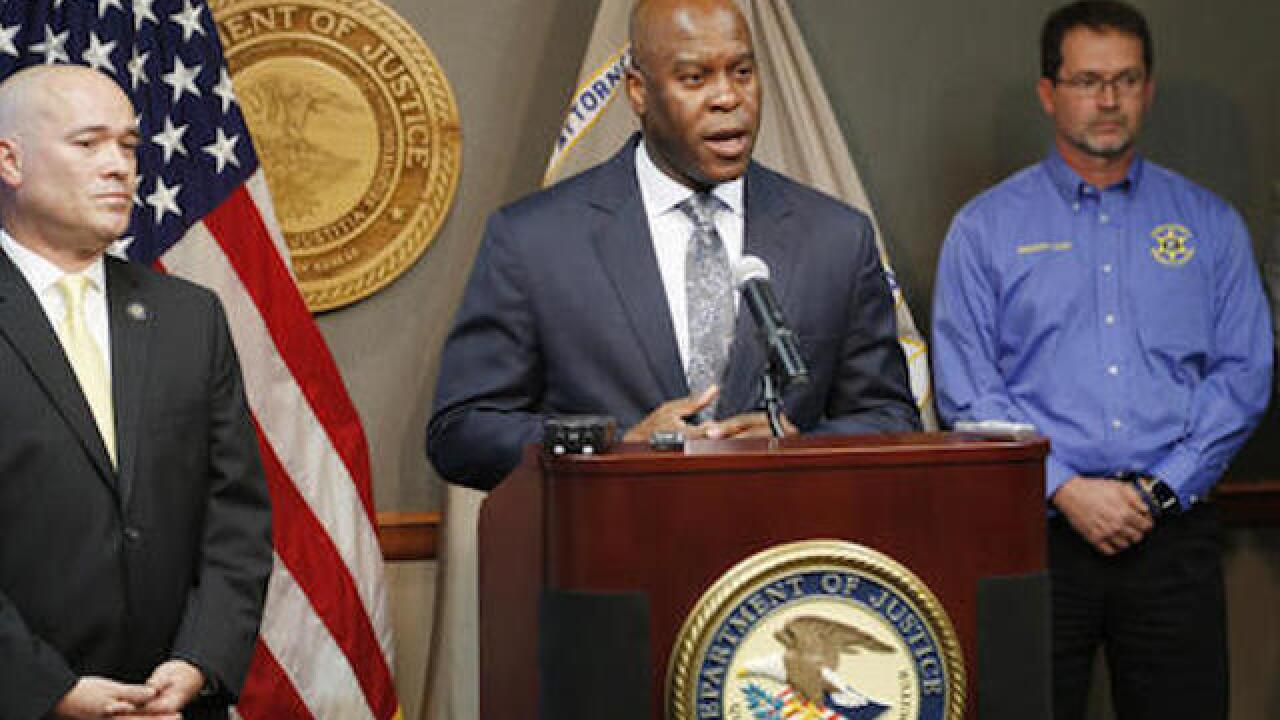 WICHITA, Kan. (AP) — An anti-Muslim militia group in Kansas calling itself "The Crusaders" first came to the government's attention when one of its members, alarmed by the heightening talk of violence, contacted FBI agents and became a confidential source, prosecutors said.

The new details came Thursday in a government court filing in the case of three men accused of conspiring to detonate truck bombs at an apartment complex where 120 Somali immigrants live in the western Kansas meatpacking town of Garden City. The government wrote that the men, two of whom are due in court Friday and the third Monday, should stay behind bars until trial because they pose a "substantial danger" to the community.

Patrick Stein, 47; Gavin Wright, 51; and Curtis Allen, 49, are all charged with conspiring to use a weapon of mass destruction. They were arrested Friday in what the government says was a foiled plot to attack the apartment complex, where one unit is used as a mosque, on Nov. 9 — the day after the election. Prosecutors also said the men were planning other actions, and that one man was willing to kill another's girlfriend to protect the conspiracy.

Public defender Melody Brannon, who represents Allen, declined comment. Attorneys for the other two men did not immediately respond to an email seeking comment on the government's latest filing.

The FBI monitored the group for months and as attack plans became more specific, the informant introduced an undercover FBI agent to the group under the ruse that he could provide the requested explosives and weapons.

When Allen was arrested Oct. 11 for allegedly beating his girlfriend, local authorities learned about his involvement with the Crusaders and the group's attack plans. Stein and Wright were arrested three days later.

The government's filing also documents an arsenal of firearms, ammunition, bomb-making materials and other items that were found during searches of the men's homes, vehicles and a storage unit. Agents found aerial photographs in Stein's vehicle depicting what appear to be apartment complexes marked with large x's, as well as an aerial photo of a church and a Burmese mosque.

In support of the argument that the men pose a flight risk, prosecutors also noted Allen has failed twice to appear for proceedings in misdemeanor cases for domestic battery and a traffic offense. Stein, who has felony convictions for attempted burglary and attempted criminal damage, has failed to show up four times for court proceedings. Wright has no criminal history.