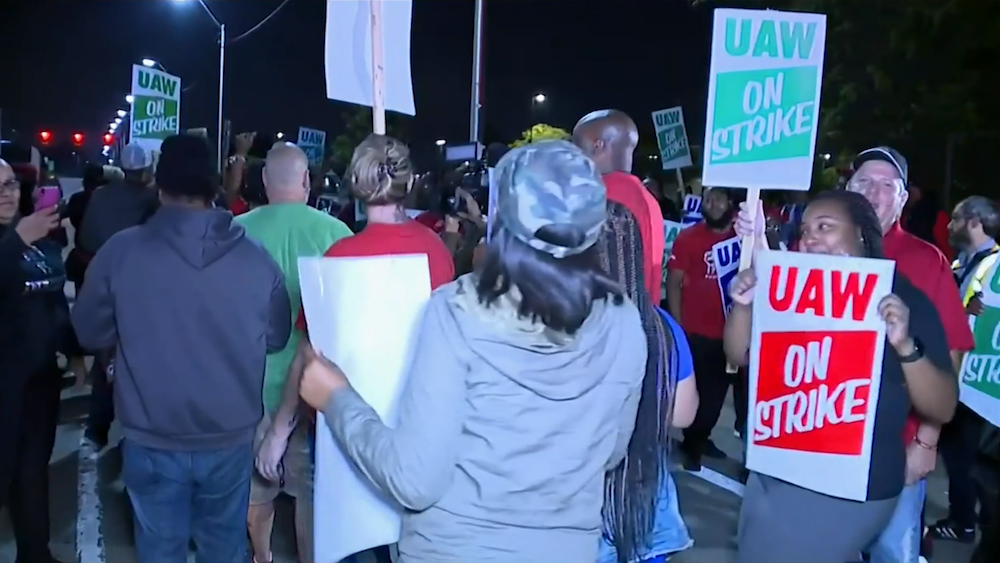 After months of negotiations, nearly 50,000 members of the United Auto Workers union walked off factory floors across the country. While General Motors claims they made a "strong offer," UAW is calling for the company to re-open factories in Lordstown, Ohio and Hamtramck, Michigan. 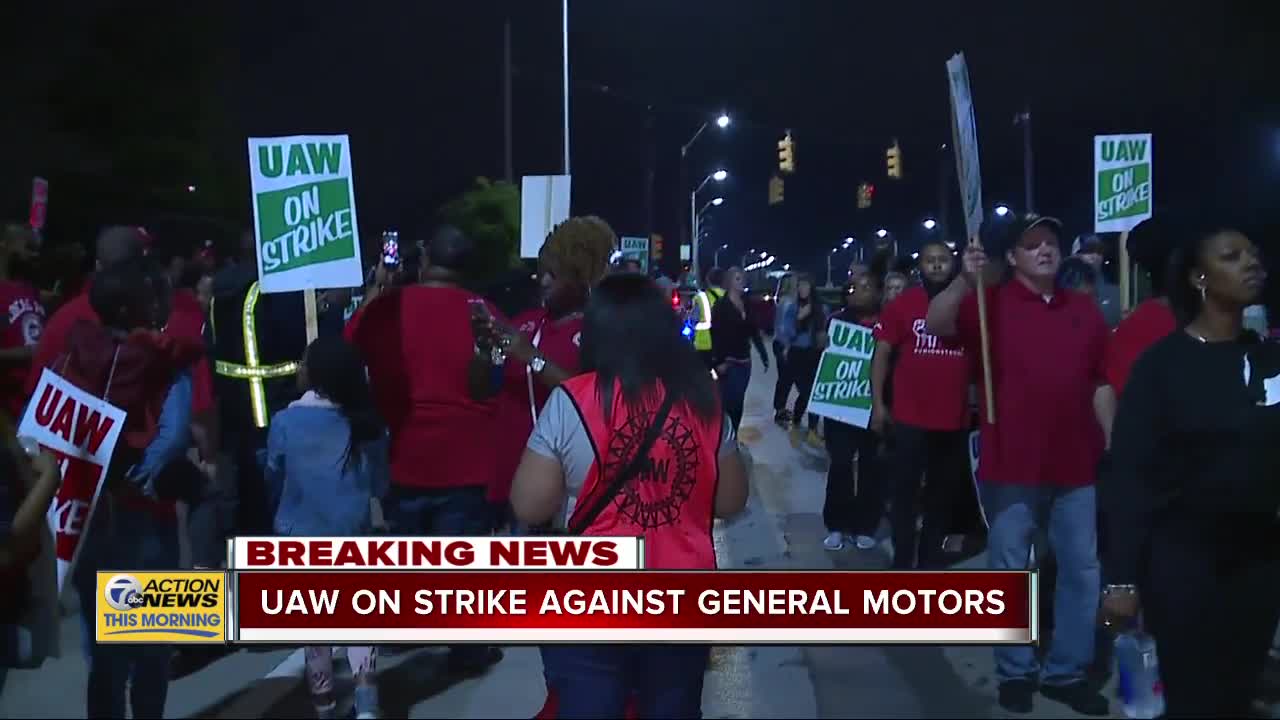 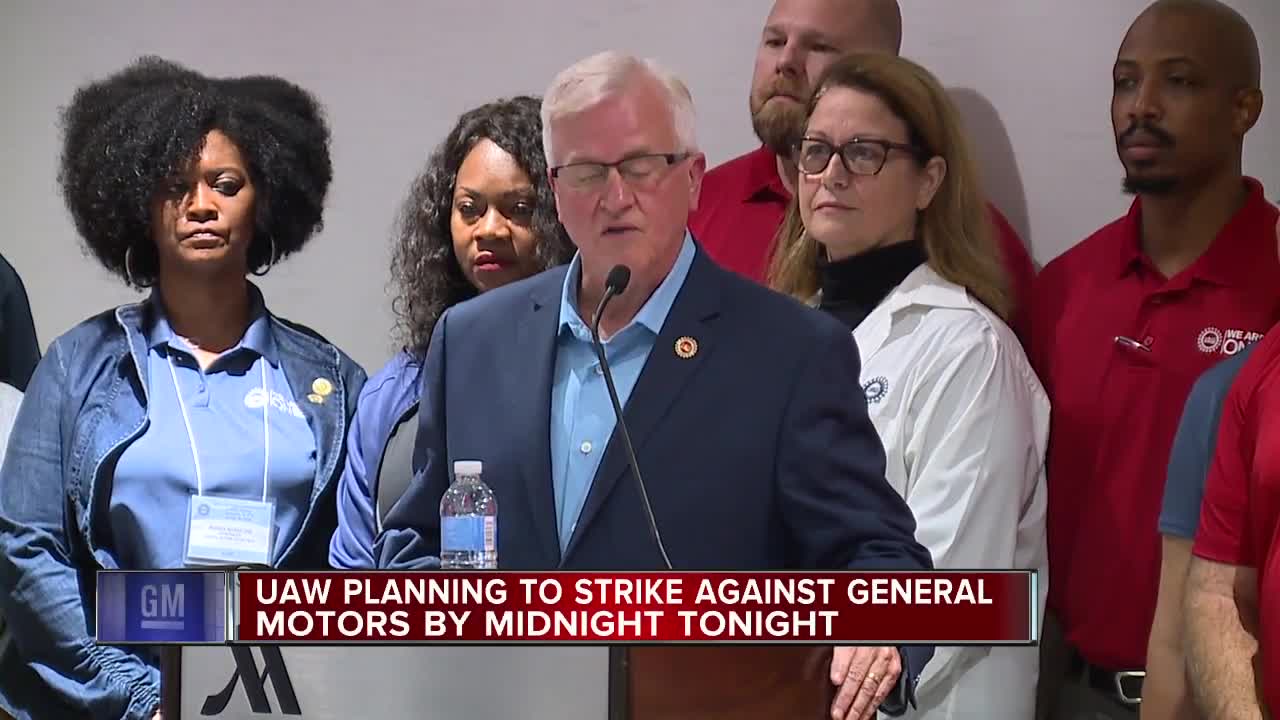 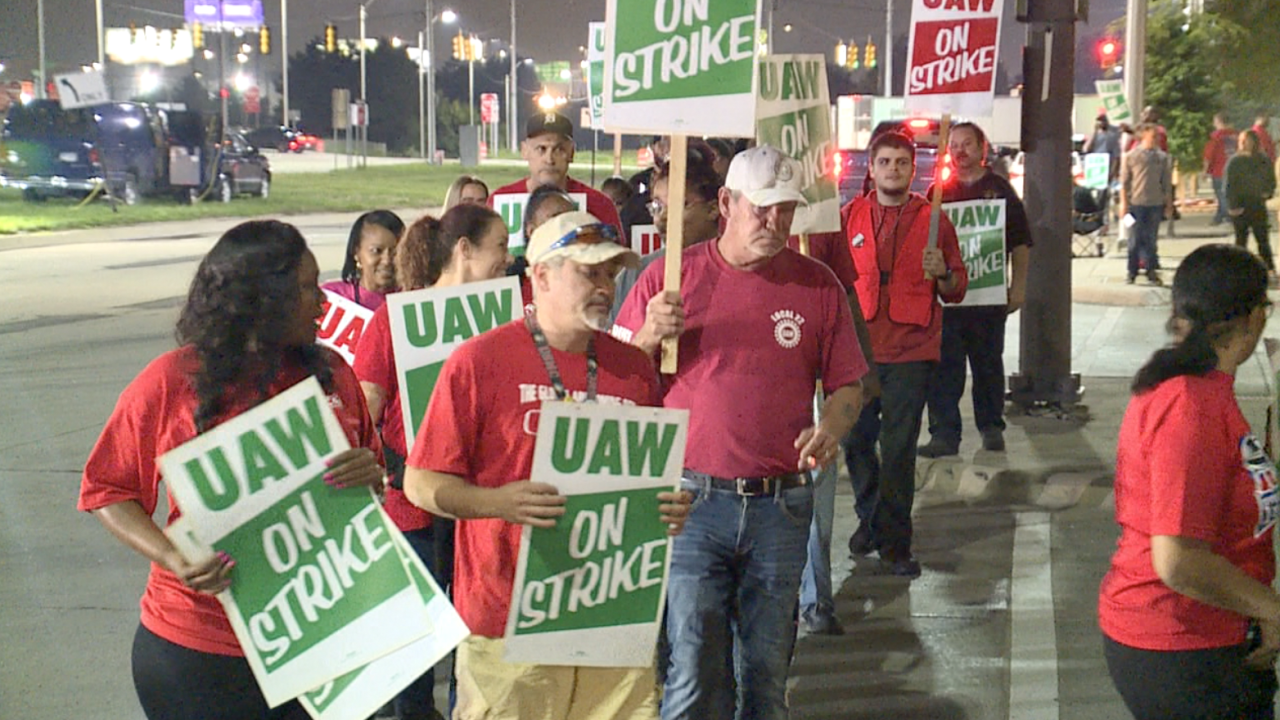 DETROIT — United Auto Workers members at General Motors plants walked off the job at midnight Monday, after the union failed to come to a tentative contract agreement.

BREAKING: @UAW workers on the 6am shift at the Detroit Hamtramck @GM Assembly Plant are reporting to the picket line instead of clocking in - the strike officially began at midnight but this is the first full day of strike for nearly 50,000 union workers nationwide @wxyzdetroit pic.twitter.com/F7mC9orxQ0

The UAW announced a national strike would begin at 11:59 p.m. during a Sunday morning news conference.

Approximately 48,000 UAW-GM workers at 31 GM factories and 21 other facilities, spread across nine states, will be a part of the strike.

The union and GM have been negotiating a new contract for months, and on Sept. 3, the UAW selected GM as the strike target, meaning they would be the first of the "Big Three" to begin negotiating. The other two automakers that make up the Big Three are Ford Motor Company and Fiat Chrysler Automobiles. The trio is often referred to as the "Big Three" because they are the three largest automakers in the U.S.

“We stood up for General Motors when they needed us most. Now we are standing together in unity and solidarity for our members, their families and the communities where we work and live,” said UAW Vice President Terry Dittes.

Also, on Sept. 3, UAW members voted to authorize a strike amid the negotiations, with more than 96 percent of GM UAW workers approving a strike. It was also 96 percent for Fiat Chrysler and nearly 96 percent for Ford.

“We told UAW GM members that we would stand up for them and their future,” said Gary Jones, president of the UAW.

National Bargaining Committee Chair Ted Krumm of UAW Local 652 added,"We have been clear at the table about what GM members have indicated we will accept. We are standing up for what is right. We as local unions will sacrifice to stand up for what we deserve."

In 2015, the union and automakers struck a last-minute deal for a new four-year contract, which did expire at 11:59 p.m. on Saturday.

Earlier this year, union leaders and the heads of the Big Three held ceremonial handshakes to mark the start of contract talks.

During the events surrounding those handshakes, union officials said they considered this their "make up year" where they would recoup some of what they agreed to give up as Chrysler and GM went through bankruptcy. They say the automakers need to share the wealth as they make big profits over the last few years.

However, auto company executives say those profits are offset by expenses as they prep the next generation electric and self-driving cars.

BREAKING: @UAW announces a strike begins TODAY for @GM auto workers. As soon as this press conference ends, the strike begins. VP Dittes says they are standing up for their union members, for fair wages, health care, job security, ‘our’ share of the profits ... cont. pic.twitter.com/wR33Y9oivh

The vote also comes amid an FBI, IRS and Department of Labor investigation into bribery allegations among UAW presidents across the country.

Then, this week, a regional director was charged with embezzling funds from the UAW for hundreds of thousands of dollars in golf equipment, cigars, villa rentals and more.

Vance Pearson, the region 5 director, is the 10th person charged in the federal investigation.

This story was originally published on WXYZ.