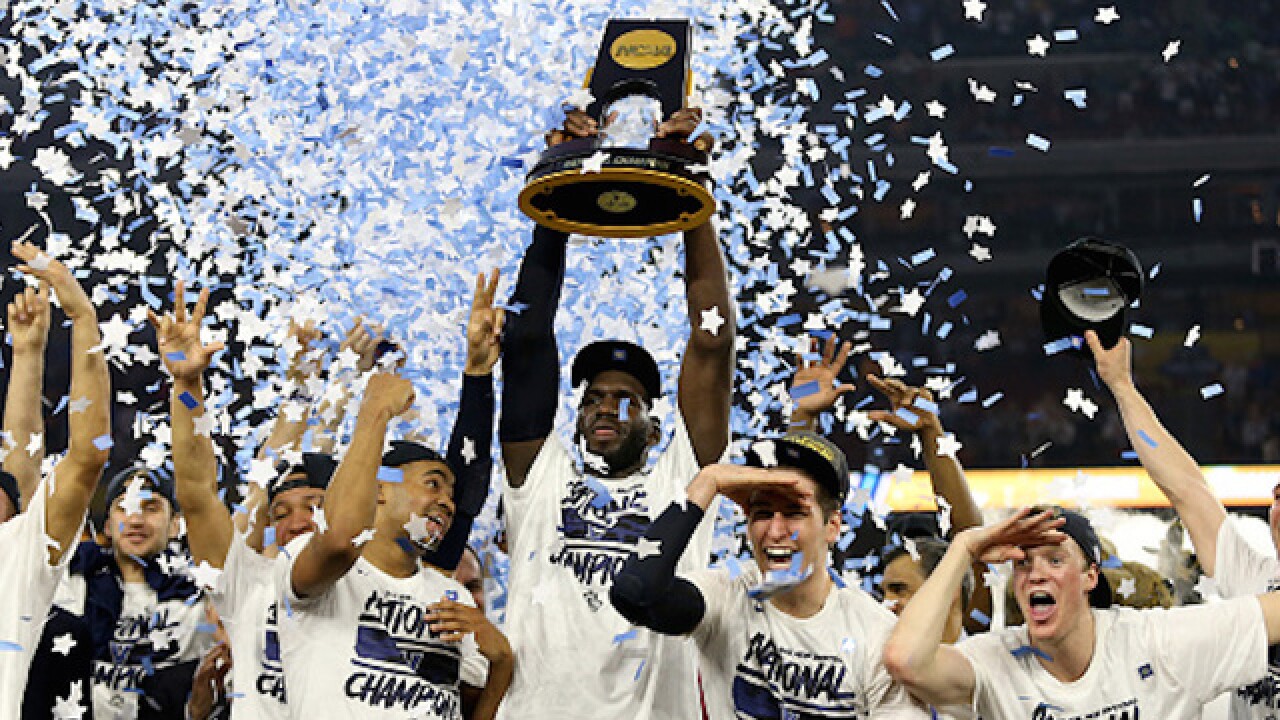 Villanova's last-second win over North Carolina on Monday night averaged a 10.6 rating across TBS, TNT and truTV in the first title game to air on cable. The 17.8 million viewers were down 37 percent from the 28.3 million for last season's Duke-Wisconsin matchup on CBS, which drew the largest audience in 18 years. Viewership was down 16 percent from the 21.3 million for UConn-Kentucky in 2014.

The previous low was a 10.8 rating for North Carolina-Michigan State in 2009.

Viewership was down throughout the tournament, which was lacking the star power of the 2015 edition, not to mention the allure of Kentucky's pursuit of an undefeated season. The two routs in Saturday's semifinals also didn't help.

The audience Monday grew 51 percent from start to finish, peaking at 22.3 million for the thrilling ending, Turner Sports said Tuesday.

Under CBS and Turner's 14-year, $10.8 billion contract to jointly televise the tournament, the title game alternates between CBS and TBS starting this season. TBS is currently in about 18 percent fewer households than CBS.

The main telecast aired on TBS on Monday, with school-specific "Team Streams" on TNT and truTV.

Ratings represent the percentage of U.S. homes with televisions tuned to a program.