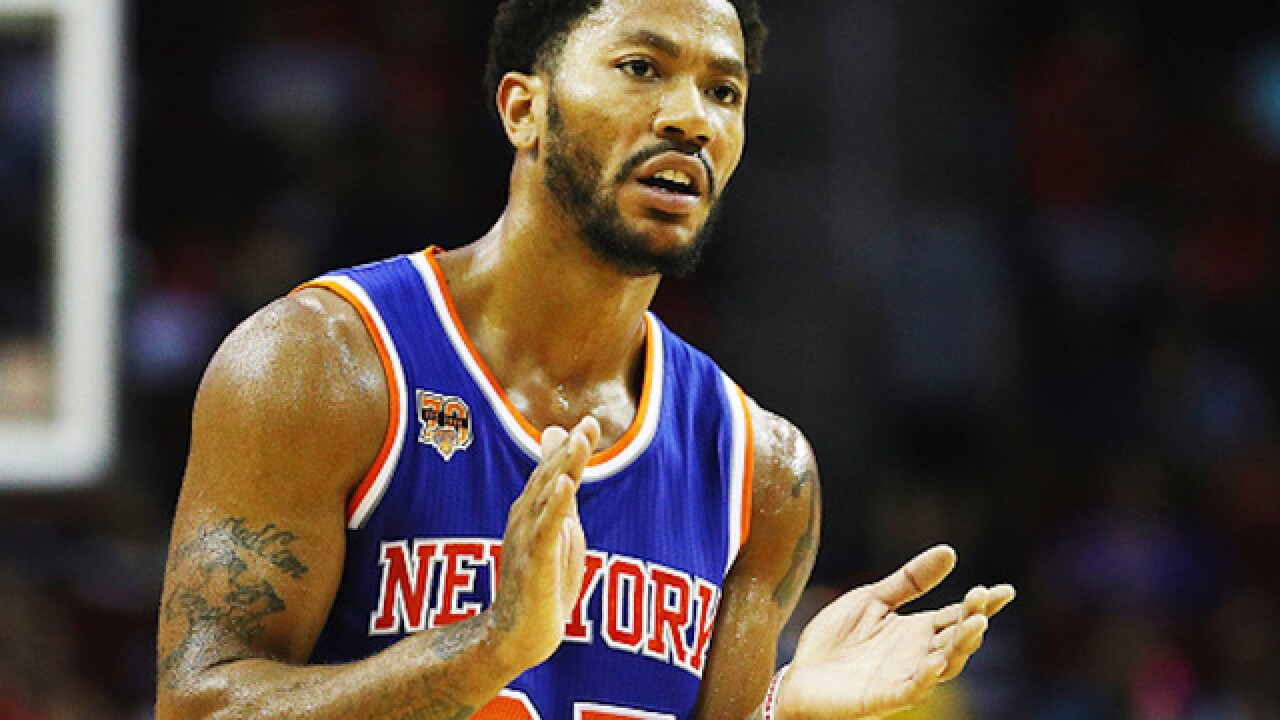 Scott Halleran
<p>HOUSTON, TX - OCTOBER 04: Derrick Rose #25 of the New York Knicks waits on the court during their game against the Houston Rockets at the Toyota Center on October 4, 2016 in Houston, Texas. NOTE TO USER: User expressly acknowledges and agrees that, by downloading and or using this Photograph, user is consenting to the terms and conditions of the Getty Images License Agreement. (Photo by Scott Halleran/Getty Images)</p>

LOS ANGELES (AP) — Jurors cleared NBA star Derrick Rose and two friends Wednesday in a lawsuit that accused them of gang raping his ex-girlfriend when she was incapacitated from drugs or alcohol.

The jury reached the verdict in federal court in Los Angeles after hearing dramatically different accounts of the August 2013 sexual encounter.

Rose says he's thankful that the jury rejected the lawsuit.

He said in a statement to The Associated Press that it was important to prove he did not do what he was accused of, even though he had to share private details of his personal life.

"I am thankful that the jury understood and agreed with me," his statement said. "This experience and my sensitivity to it was deep. I am ready to put this behind me and focus on my family and career."

Neither side denied the three men had sex with the woman, but the issue was whether she consented or was too intoxicated to do so.

Defense lawyers tarred the woman as a liar who tried to sway jurors through her tears to get at Rose's fortune. They claimed she was angry he had dumped her and she set him up and brought the lawsuit in hopes of a big payoff.

The woman's lawyer called the men "sexual deviants" and says they conspired to gang rape her after she was drunk and incapable of consenting to sex.

The woman, who became emotional and trembled while testifying, had sought $21.5 million when she filed suit, but her attorney did not put a price on the case Tuesday during closing arguments, saying it was up to the jury.

Rose's lawyer said the future of the Knicks point guard and his whole family was at stake because of a morals clause in his player contract and an endorsement deal with Adidas.

Attorney Mark Baute urged jurors to recognize the suit as a "hoax and a joke" and not even award $20 because that could destroy Rose's career and trigger financial ruin for the star and the extended family and friends he had pulled out of poverty from Chicago's south side with his talent on the court.

The woman's lawyer said the 30-year-old college student was not a gold digger and was seeking accountability for what was morally and legally wrong.

He said the men had never apologized or shown any remorse and said their behavior was reprehensible enough to trigger punitive damages beyond any compensation.

The defense portrayed Rose and his childhood pals, Ryan Allen and Randall Hampton, who both work for him, as victims in the case and the lawyers mocked the woman's lies and demeanor on the witness stand.

"This woman has tried to trick people through much of her life, men especially," attorney Michael Monico said. "Who is she trying to trick in this courtroom, ladies and gentlemen? You. She doesn't have any evidence, but she can cry."

The Associated Press does not generally name people who say they are victims of sex crimes.

Rose, 28, was traded to New York this year after spending seven seasons in his native Chicago, where he won Rookie of the Year honors with the Bulls and was the youngest player to be awarded MVP in 2011.

He has been plagued with knee injuries the past few seasons and is in the final year of a five-year deal that will pay him $21.3 million