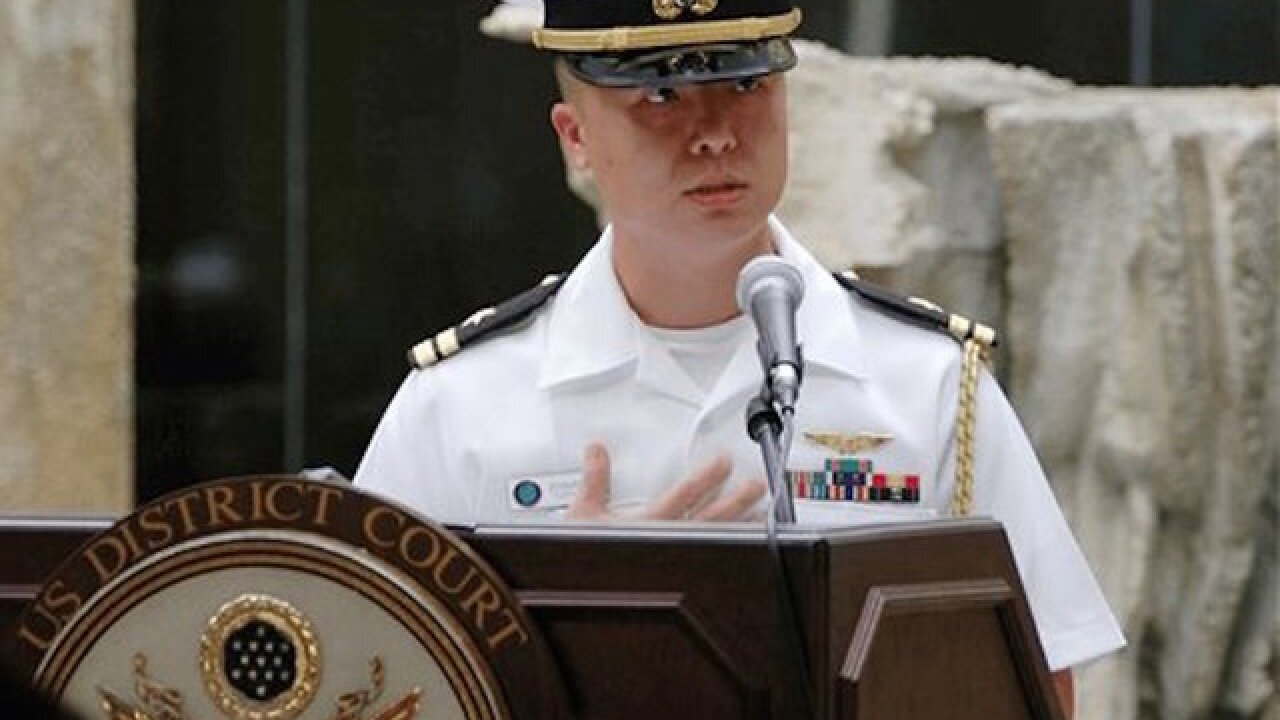 A Navy document that describes multiple charges against Lt. Cmdr. Edward C. Lin accuses him of failing to report foreign contacts and says that on multiple occasions he gave or attempted to give secret national defense information to representatives of a foreign government. Lin is being held in pre-trial confinement in a Navy brig in Virginia.

Uncensored portions of the charge sheet do not identify the accused, but multiple officials said it is Lin. The document does not reveal whom he is accused of spying for, but officials said the country involved is China or Taiwan, and possibly both. The officials were not authorized to discuss an ongoing investigation and so spoke on condition of anonymity.

A military hearing was held in Norfolk, Virginia, last Friday. A decision on whether there is enough evidence against Lin to pursue a court-martial will be made by Adm. Philip S. Davidson, commander of U.S. Fleet Forces Command at Norfolk.

The charges against Lin were first reported Sunday by USNI News, which said he served on some of the Navy's most sensitive intelligence-gathering aircraft. It said he was a signals intelligence specialist on the Navy's EP-3E Aries II reconnaissance planes.

The list of charges, a copy of which was provided to The Associated Press, cites two counts of espionage and three of attempted espionage. It says Lin provided or attempted to provide secret national defense information to a representative of a foreign government "with intent or reason to believe it would be used to the advantage of a foreign nation."

He also is accused of knowingly providing false official statements related to his foreign travel.

An attorney for Lin was not identified.

An official list of Lin's Navy assignments says he joined the service in December 1999 as an enlisted sailor and attended Navy nuclear training at Charleston, South Carolina, from 2000 to 2002. He then attended Officer Candidate School and gained his commission in May 2002.

He served with Fleet Air Reconnaissance Squadron 1, based at Whidbey Island, Washington, from 2004 to 2007. Among his other assignments, he attended the Navy War College at Newport, Rhode Island, and served for nearly two years in Washington on the staff of the assistant secretary of the Navy for financial management and comptroller.

His official Navy biography says he was assigned to the Special Projects Patrol Squadron at Kaneohe, Hawaii, from Feb. 15, 2014, to March 25, 2016.

A Navy press release about Lin's attendance at his naturalization ceremony in Hawaii in December 2008 said he was 14 when he and his family left Taiwan.

"I always dreamt about coming to America, the 'promised land,'" Lin was quoted as saying. "I grew up believing that all the roads in America lead to Disneyland."