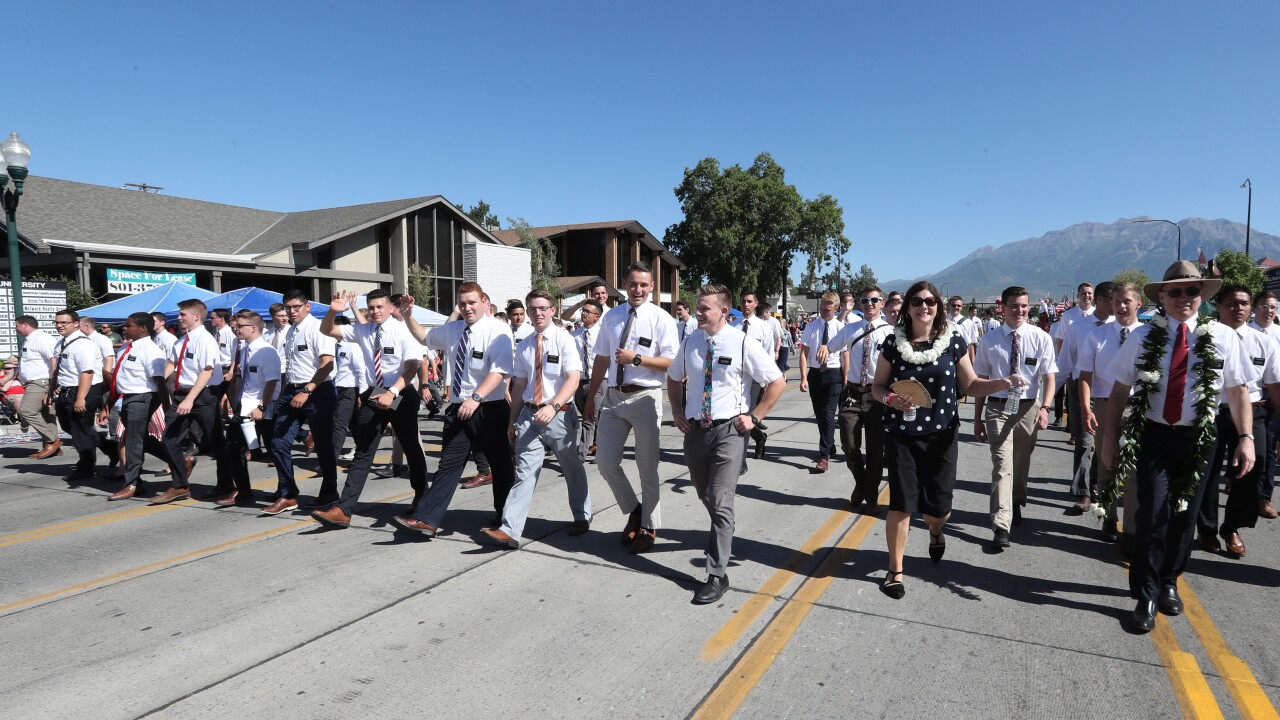 The Church of Jesus Christ of Latter-day Saints will no longer label same-sex couples "apostates" and will allow their children to be baptized into the church without special approval from church leaders, the church said in a surprise announcement Thursday.

The announcement was made by Dallin Oaks, a member of the church's First Presidency, at a conference in Salt Lake City.

"Previously, our Handbook characterized same-gender marriage by a member as apostasy," the church said in a statement. "While we still consider such a marriage to be a serious transgression, it will not be treated as apostasy for purposes of Church discipline. Instead, the immoral conduct in heterosexual or homosexual relationships will be treated in the same way."

The church, officially known as the Church of Jesus Christ of Latter-day Saints, said it wants "to reduce the hate and contention so common today."

The former policy, announced in 2015, had angered liberal and LGBT members, and some 1,500 left the church in protest, according to one activist .

The church said that its doctrines on marriage and salvation, of which marriage is an integral part, will not change. LGBT church members are expected to be chaste, according to church teachings.

But LGBT parents can request that their children be blessed by a member of the church's priesthood and, when the child turns 8, the church "will contact them and propose that the child be baptized," the church said in its statement.

"These policy changes come after an extended period of counseling with our brethren in the Quorum of the Twelve Apostles and after fervent, united prayer to understand the will of the Lord on these matters."

Since taking office last year, President Russell Nelson has frequently changed church policies, sometimes relying on revelations he says were dictated by God. In contrast with church presidents of the recent past, Nelson speaks of his revelations openly and often, a phenomenon CNN explored in an article last week.

Thursday's announcement raises questions about the revelations, though, since Nelson had also presented the now-defunct LGBT policy as a matter of revelation received by the church's previous president, Thomas Monson.