Victims range in age from 2 to 78 years old 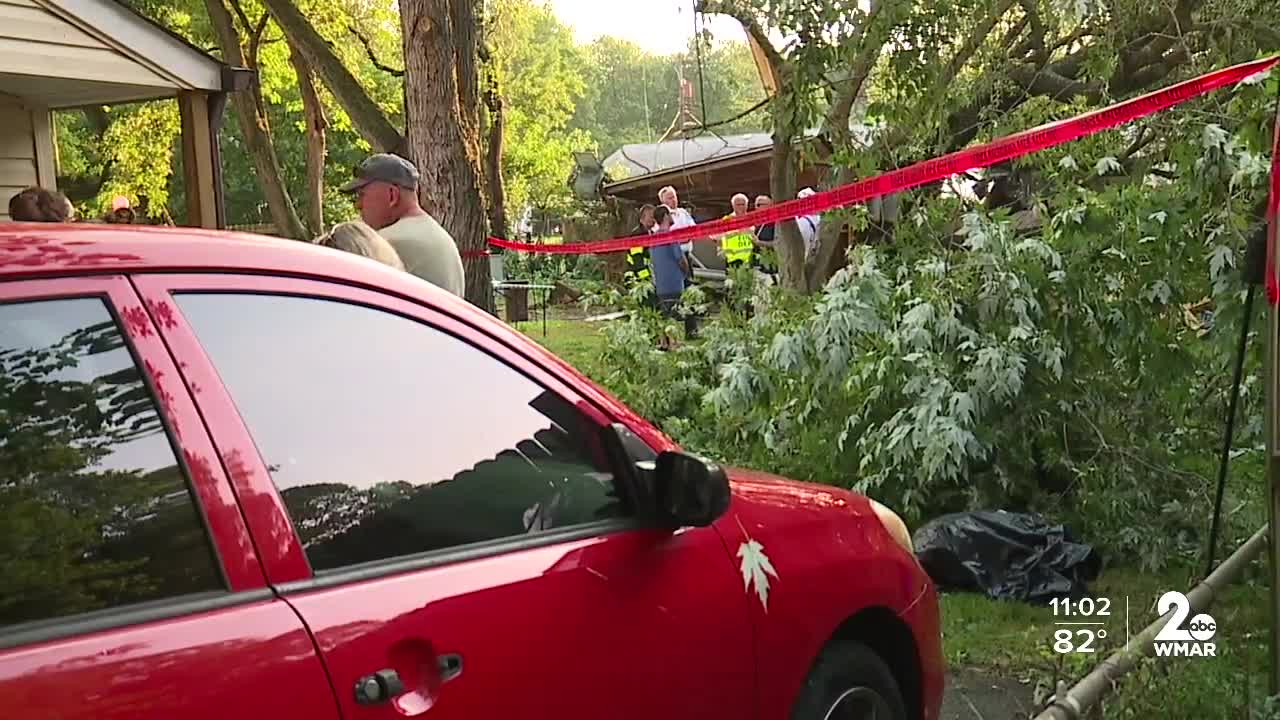 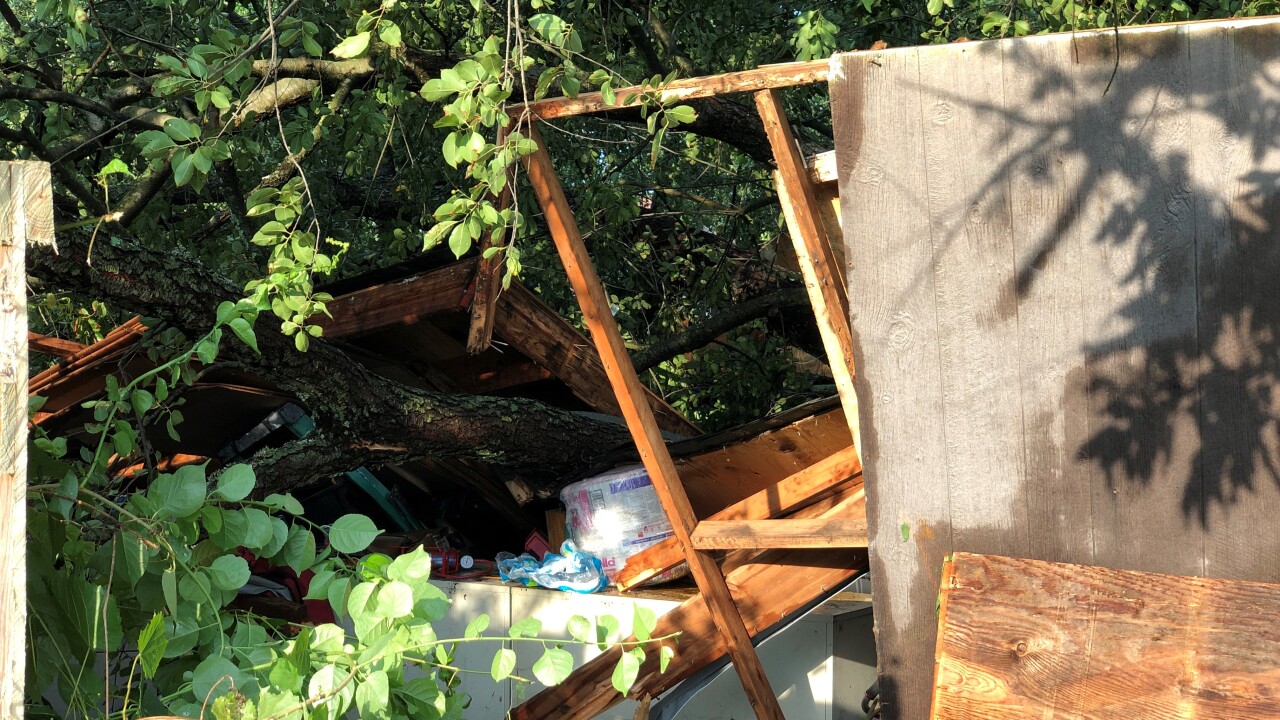 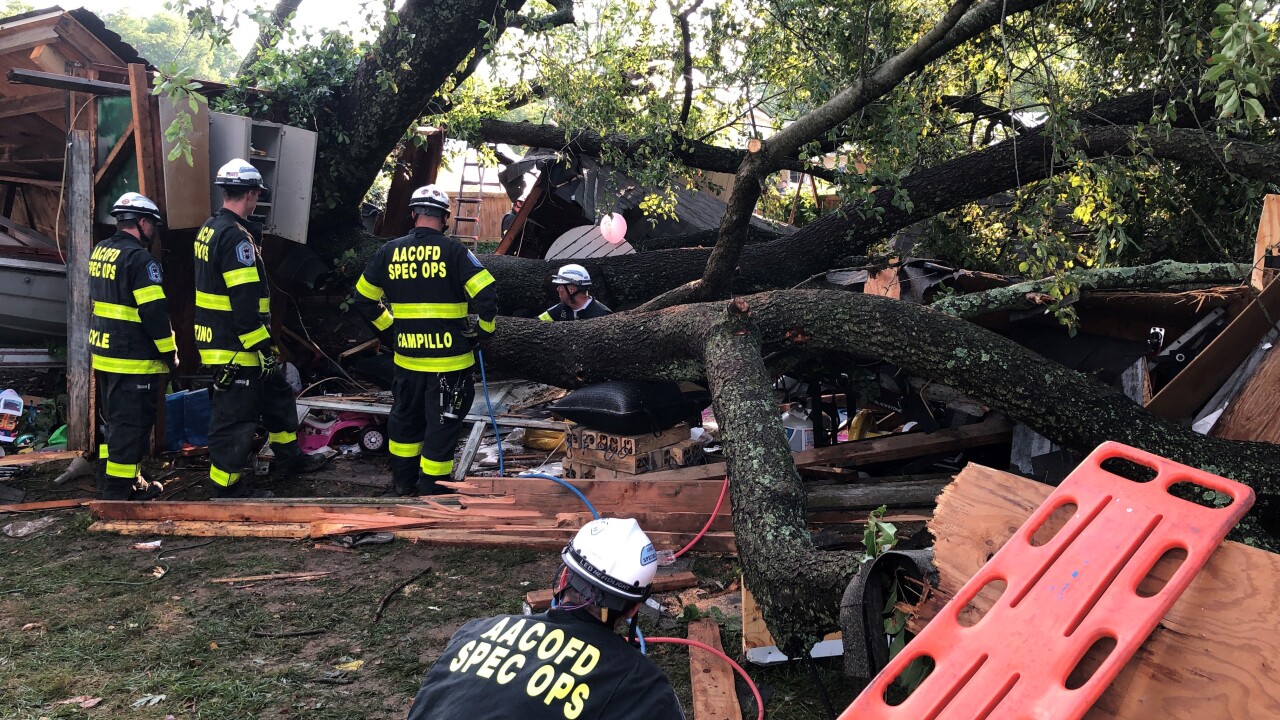 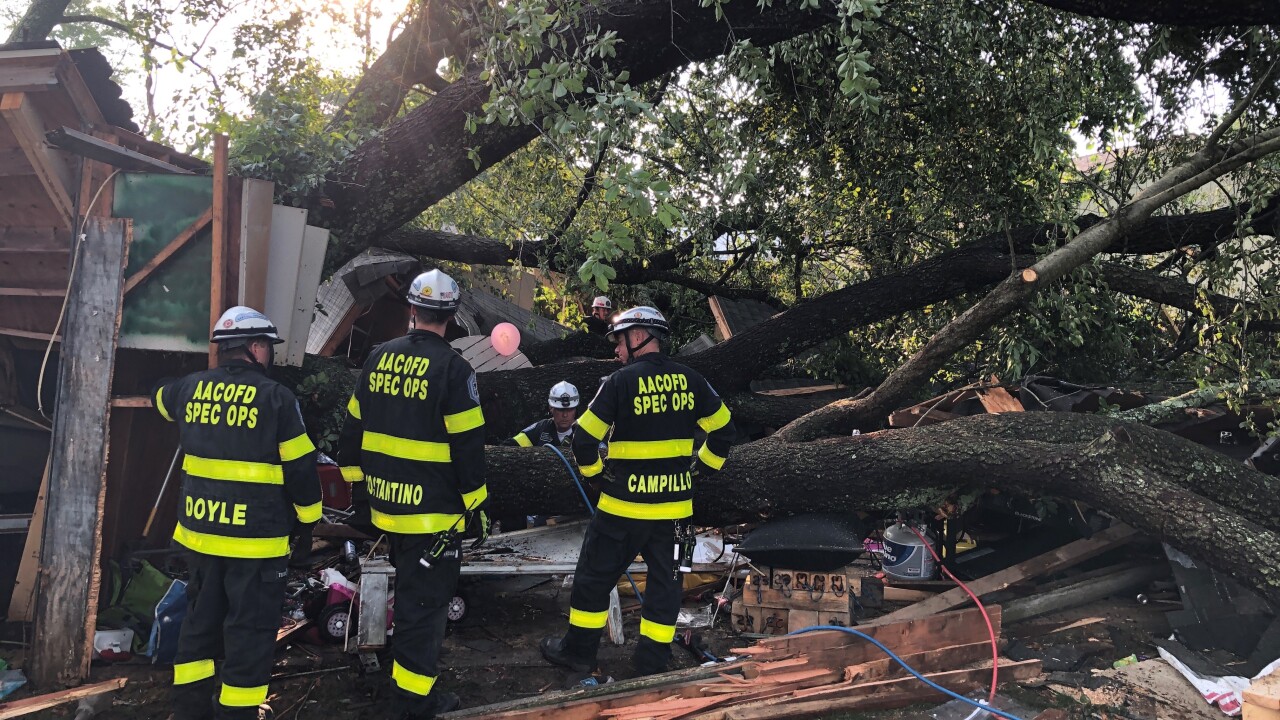 Almost two dozen people became trapped when a storm knocked over a large tree onto a detached garage, which collapsed. The victims were attending a child's birthday party, and had gone inside the garage when the storm started, according to Anne Arundel County Fire Department.

"It literally sounded like a train coming down the tracks and I looked out the front door and I could see a funnel," said neighbor Dawn Redloff.

Redloff describes the severe and sudden storm that hit her neighborhood in Pasadena Sunday afternoon, near Baltimore. Winds knocked down trees, power lines and blew out her front door and window.

But nothing was as bad as her neighbor's home.

"It was heartbreaking," said Redloff.

"The guys were unreal, cutting the building apart, getting people out of there," said Redloff.

When crews arrived, they found six people still trapped inside, all were removed within 45 minutes.

According to the county, 19 adults and two children were injured and taken to four area hospitals. The ages of the victims range from 2 to 78 years old.

Redloff applauds the fire department and community for their quick work to help out.

"The guys from the Chosen Sons of Pasadena... God bless them. The trees were coming down and the guys started cutting the trees down so the fire department could get through," said Redloff.

This story originally reported on WMAR2News.com.