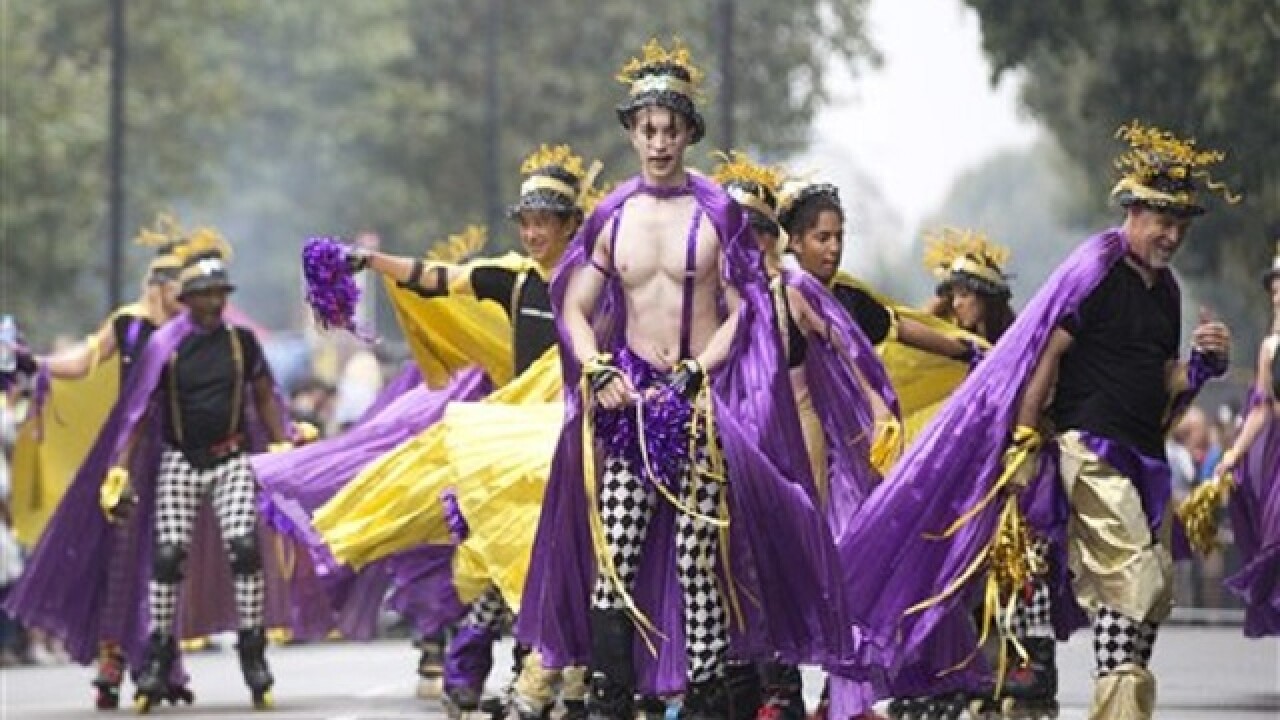 LONDON (AP) — London police arrested more than 100 people amid sporadic violence Sunday at the annual Notting Hill Carnival, an annual celebration of Caribbean culture in the British capital that often includes trouble on the sidelines.
The Metropolitan Police reported at least four knife attacks during the opening day of the two-day festival in west London. It said four males aged 15 to 20 were wounded, with one 15-year-old boy hospitalized in critical condition.
Sunday's festivities included a colorful child-oriented parade through west London that attracted tens of thousands of revelers, many of whom danced in the streets to the sound of steel drums and reggae bands.
Scores of paramedics were on hand to provide MASH-style units for carnival-goers injured or unwell from alcohol or drugs. Medical beds were deployed at roadsides in some locations.
The London Ambulance Service reported shortly before midnight that 411 people had received medical care at the carnival, 77 of whom needed to be hospitalized.
Police said 105 people were arrested on charges that includedr drug possession, carrying knives, assault, sexual offenses and theft.
The carnival, founded in 1966 by West Indian immigrants following the Notting Hill race riots of 1958, frequently has involved clashes with police. Many local businesses have closed during the event since 1977, when police stormed the carnival amid looting of shops. The 2008 festivities ended in a street riot. Last year, police arrested 407 people, a record for an event where knifings committed by youth gangs have become a troubling trend. This year police have deployed a 7,000-strong force to keep the peace.
The carnival remains one of Europe's biggest street parties with hundreds of thousands attending each year. It takes place at the end of August on the last two days of a three-day weekend.
Copyright 2016 The Associated Press. All rights reserved. This material may not be published, broadcast, rewritten or redistributed.