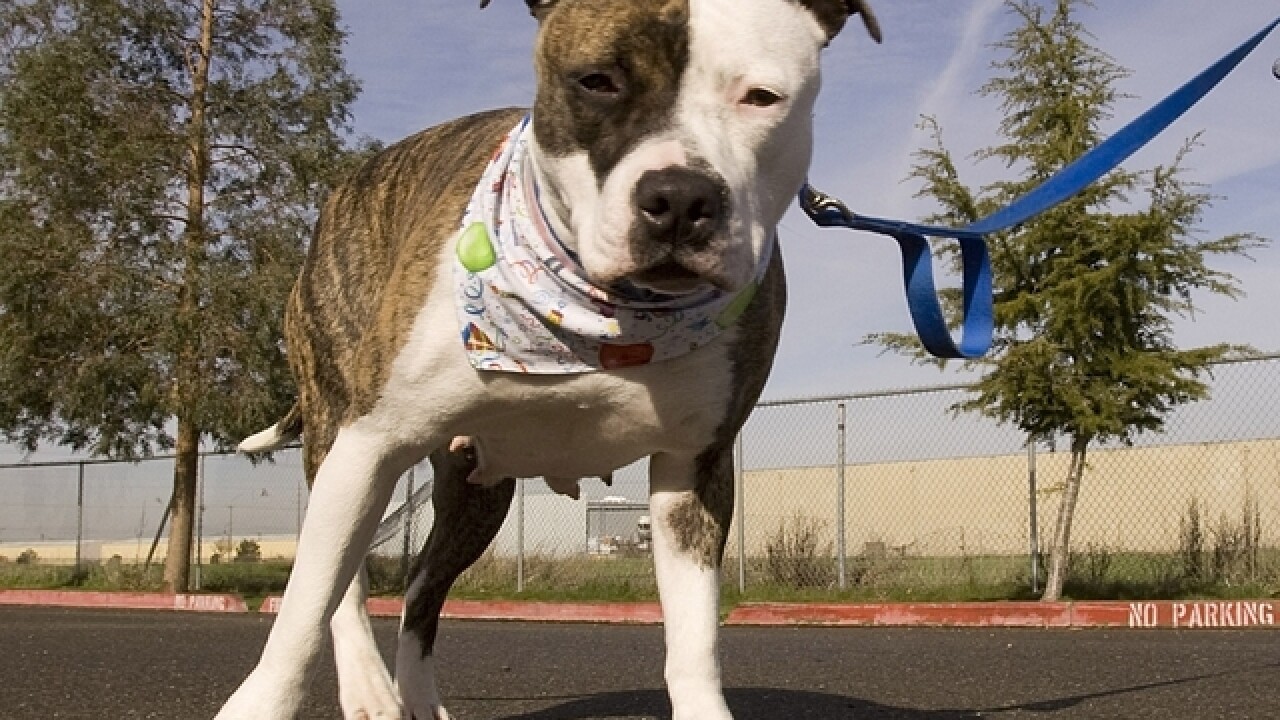 Social media erupted last week with criticism and passionate anger about a Montreal ban on new pit bull ownership – a law that would put all unadopted pit bulls in shelters at risk of being euthanized.
That law, which comes after a woman was killed by a dog in June, has been temporarily suspended, Time reports.
Signed last week, the law also requires current owners to pay high fees to keep their pit bulls and to keep muzzles on their dogs while outside.
“I was deeply shocked at the recent events involving dog attacks,” Mayor Denis Coderre told the New York Times. “As a responsible administration, it was our duty to examine this issue closely and make the appropriate decisions.”
It was supposed to take effect Monday, but a Quebec Superior Court judge suspended the law until Wednesday evening as he evaluates comments made by the local SPCA, which took the city to court over the ban, The Washington Post reports.
The city council found itself in favor of the ban on Tuesday, with a 37-23 vote.
According to the Post, which cites the SPCA, animal-welfare groups outside of Montreal have are in touch with local shelters, attempting to take any remaining pit bulls.
Copyright 2016 Scripps Media, Inc. All rights reserved. This material may not be published, broadcast, rewritten, or redistributed.