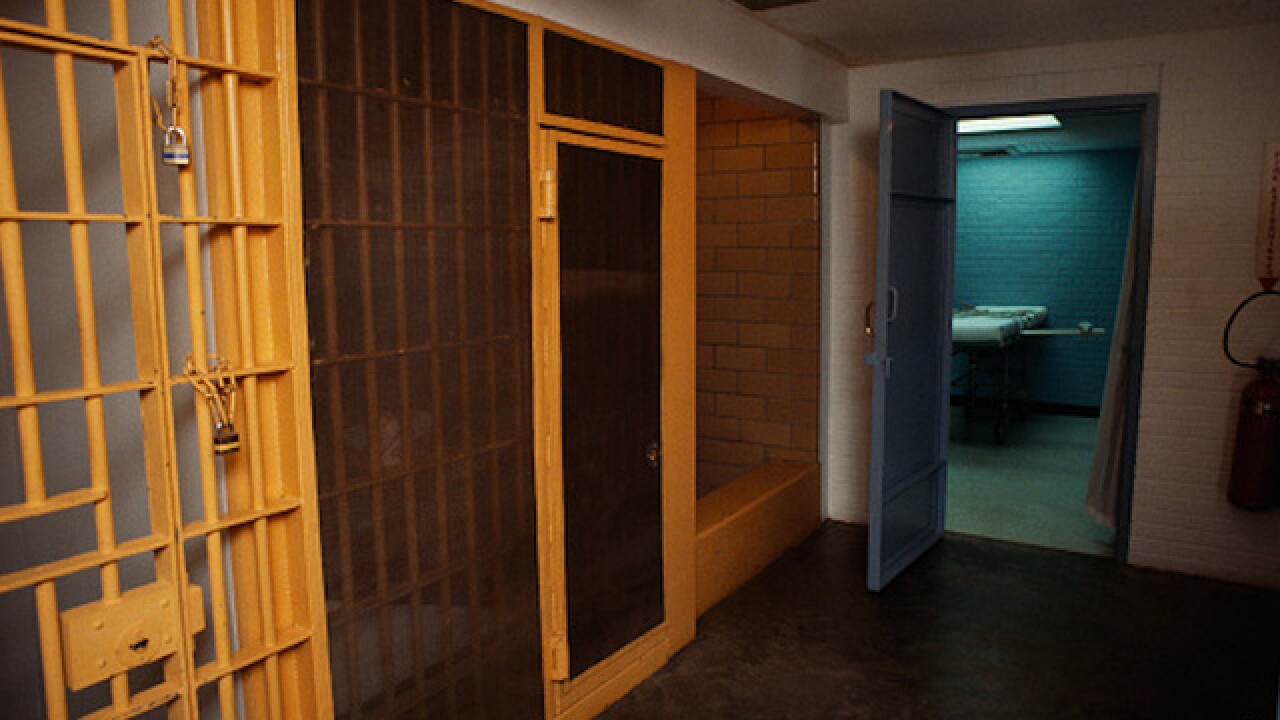 Copyright Getty Images
Jerry Cabluck
<p>Walls Unit in Huntsville prison is where lethal injections are carried out on inmates. (Photo by Jerry Cabluck/Sygma via Getty Images)</p>

A 40-year-old Montana man had a 30-year prison sentence suspended on Thursday by a judge after he was convicted of raping his 12-year-old daughter, the Glasgow Courier reported.

The man, who Scripps is not identifying in order to protect the identity of the victim, was given a 60-day jail sentence. The man will serve 43 days of the sentence, as he has credit for 17 days in jail.

The Glasgow, Montana man will also have to register as a sex offender.

Part of the reason he was not given a harsher sentence was due to an evaluation given by a licensed clinical social worker, Michael Sullivan.

According to the Courier, social worker Michael Sullivan testified that the man was at a low risk for recidivism if given proper treatment.

Another reason for the prison sentence being suspended was due to the amount of support the man received from his family, employer and others in the community.

Dylan Jensen tried the case in the Montana courtroom of Judge John McKeon. Jensen and the man came to a plea agreement in July, with the expectation by Jensen that the judge would follow the state's recommended sentence of 25 years.

According to the Courier, Jensen said the man was forthright in admitting to the sex crime, but was contrite and unremorseful.

The man's attorney argued that prison is not the only way to punish someone.

“I’m not asking that he be given a slap on the wrist," public defender Casey Moore, who was assigned to the man's case, told the Courier. “He did spend 17 days in jail, and he did lose his job.

"For the most part, he will be on supervision for the rest of his life.”

Because of the light sentence, there has been a call to impeach McKeon. Nearly 10,000 have signed an online petition to have the judge removed from the bench.

"He let an admitted child rapist, who was found guilty of incest after admitting to repeatedly raping his biological daughter walk out the door," the petition read.

It appears any attempt to impeach McKeon would be futile as the judge was slated to retire after 22 years in November, according to a report .