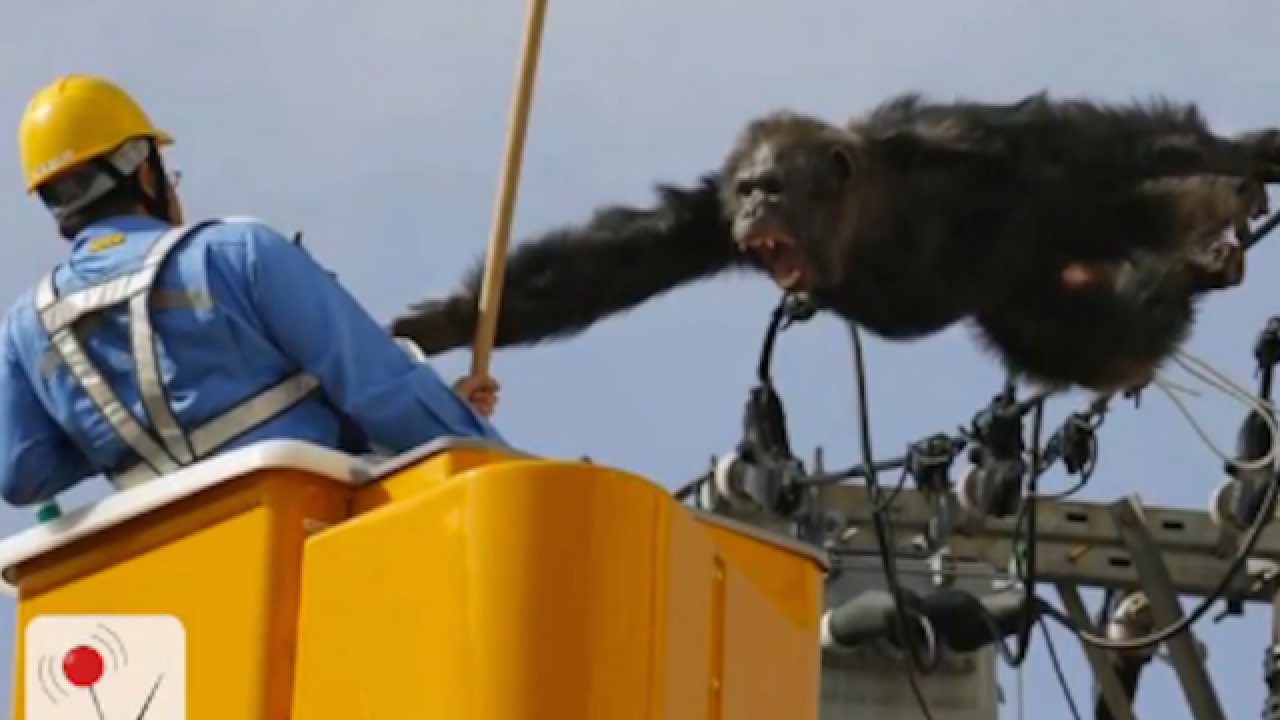 Just a day after it was announced that an octopus snuck out of an aquarium in New Zealand , a chimpanzee in Japan attempted a daring escape of his own.

According to Mashable , Chacha the monkey made a break from a zoo in Yagiyama, Japan and swung his way down the street on power lines.

Chacha was free for about two hours before he was traquilized and returned to the zoo.

The zoo has apologized to law enforcement and the community for the escape and is investigating the incident.