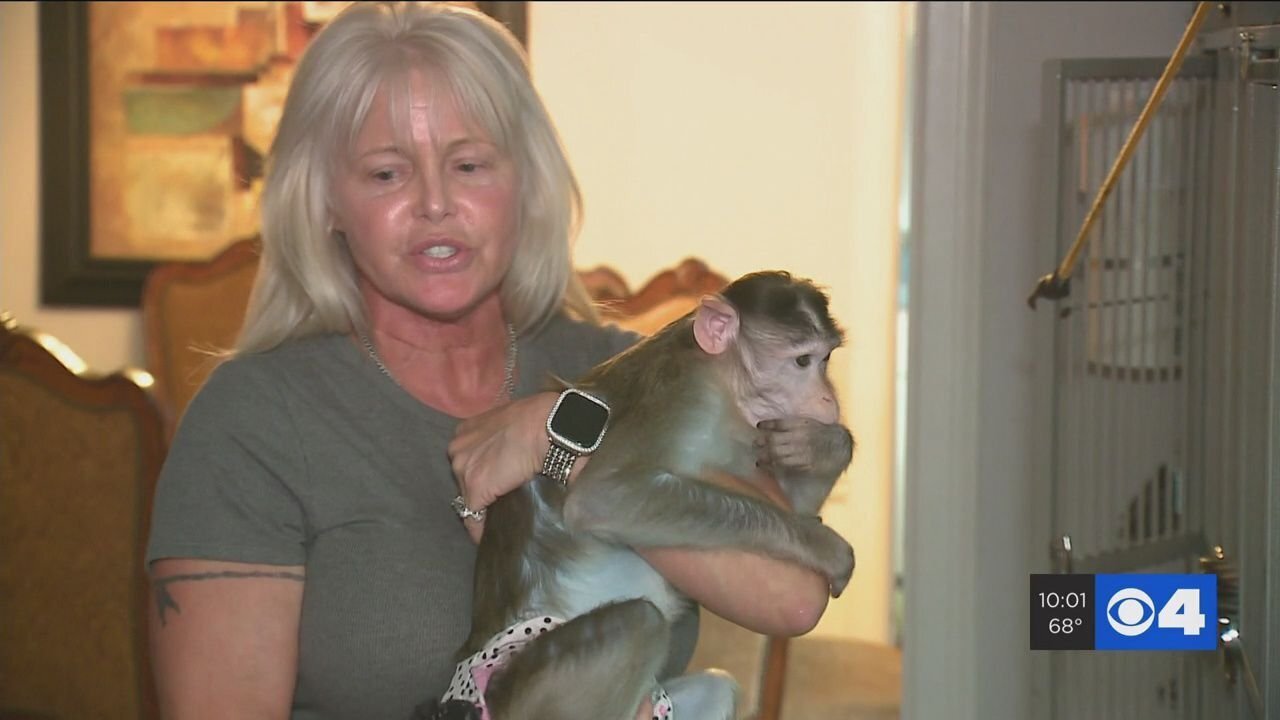 A Missouri woman is fighting to keep three monkeys she claims have provided her emotional support for years.

Texanne McBride-Teahan may lose possession of the animals after a neighbor in Creve Coeur, a suburb of St. Louis, spotted one monkey outside roughly a month after McBride-Teahan moved in, according to CNN affiliate KMOV .

Monkeys are considered an "inherently dangerous animal" along with alligators, lions and pythons and are thus prohibited in residential areas, according to the City of Creve Coeur.

McBride-Teahan considers the monkeys emotional support animals and has a doctor's letter and registration cards for them, she told CNN through Facebook. The animals help her cope with post-traumatic stress disorder related to an incident when she was a teenager, McBride-Teahan added.

"However, some state or local governments have laws that allow people to take emotional support animals into public places," the ADA adds.

McBride-Teahan is scheduled to appear in court over her monkeys in November, KMOV added.

"Monkeys are little. Less than 9 pounds. Pictures show they aren't dangerous. To me they are life savers for my PTSD. We just want to live in peace," McBride-Teahan told CNN.