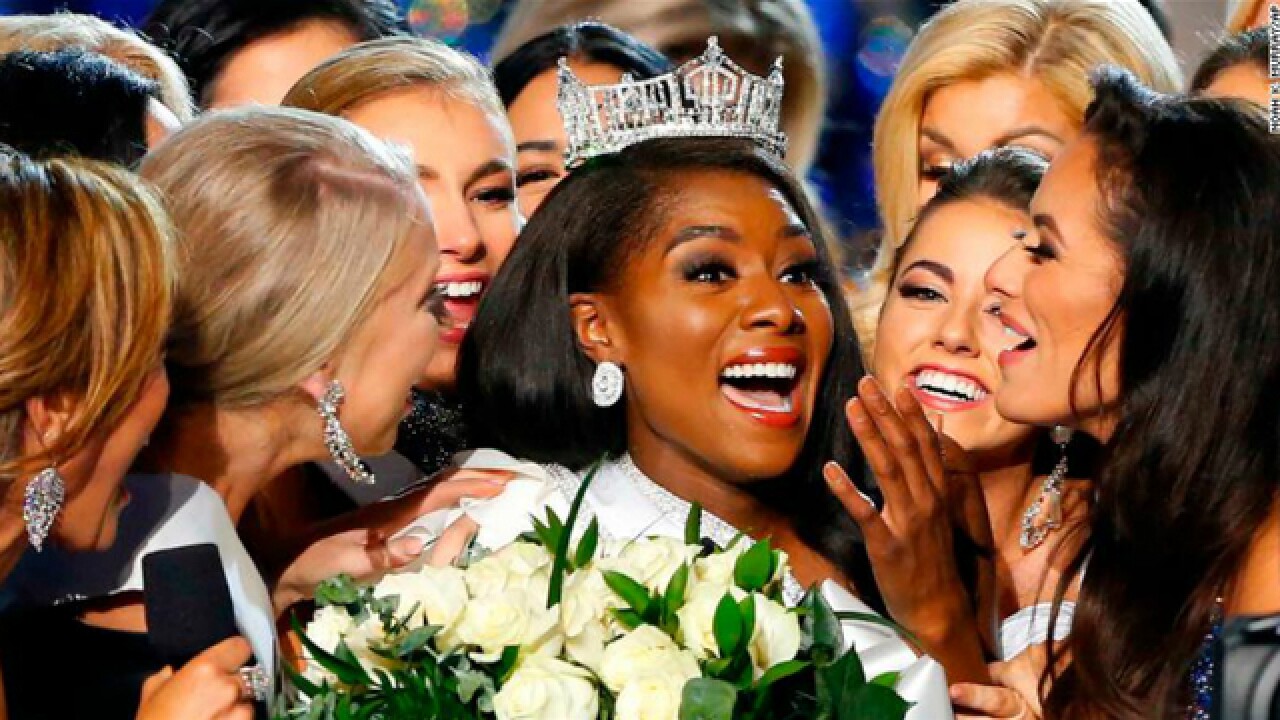 "It took a lot of perseverance to get here," Franklin said after her win. "I want to thank my beautiful family, my mom and my dad, who is a survivor of cancer."

An opera singer, Franklin is a native of Winston-Salem, North Carolina and earned her master's degree in music composition from UNC School of the Arts. She moved to New York after being accepted at the Kenan Fellow program at Lincoln Center Education in Manhattan.

During the competition, Franklin, who is black, described how music helped her find her identity.

"I grew up at a predominately Caucasian school and there was only five percent minority, and I felt out of place so much because of the color of my skin," Franklin said. "But growing up, I found my love of arts, and through music that helped me to feel positive about myself and about who I was."

She said she plans to advocate for the arts during her tenure as Miss America.

The Miss America organization, which was recently renamed Miss America 2.0, has faced considerable controversy in the past year.

In December, the Huffington Post revealed emails that showed former CEO Sam Haskell mocking competitors with misogynistic language. Haskell resigned shortly after, along with the organization's president and board chair.

Following the report, journalist and former Miss America Gretchen Carlson was appointed chair. In May, Regina Hopper was named president and CEO. Among the changes spearheaded by the new leadership was an end to the swimsuit portion of the competition, which was met with mixed response.

Both Carlson and Hopper have faced calls to resign from state directors and former Miss Americas.

Miss America 2018, Cara Mund, aired her grievances with the organization, specifically with Carlson, in a letter that went public last month, stating she had been "silenced."

"Our chair and CEO have systematically silenced me, reduced me, marginalized me, and essentially erased me in my role as Miss America in subtle and not-so-subtle ways on a daily basis," Mund's letter stated. "After a while, the patterns have clearly emerged, and the sheer accumulation of the disrespect, passive-aggressive behavior, belittlement and outright exclusion has taken a serious toll."

Carlson denied Mund's allegations in a statement on Twitter, saying she was "saddened beyond words."

With the exception of passing the crown to Franklin, Mund was noticeably absent from most of Sunday's ceremony.