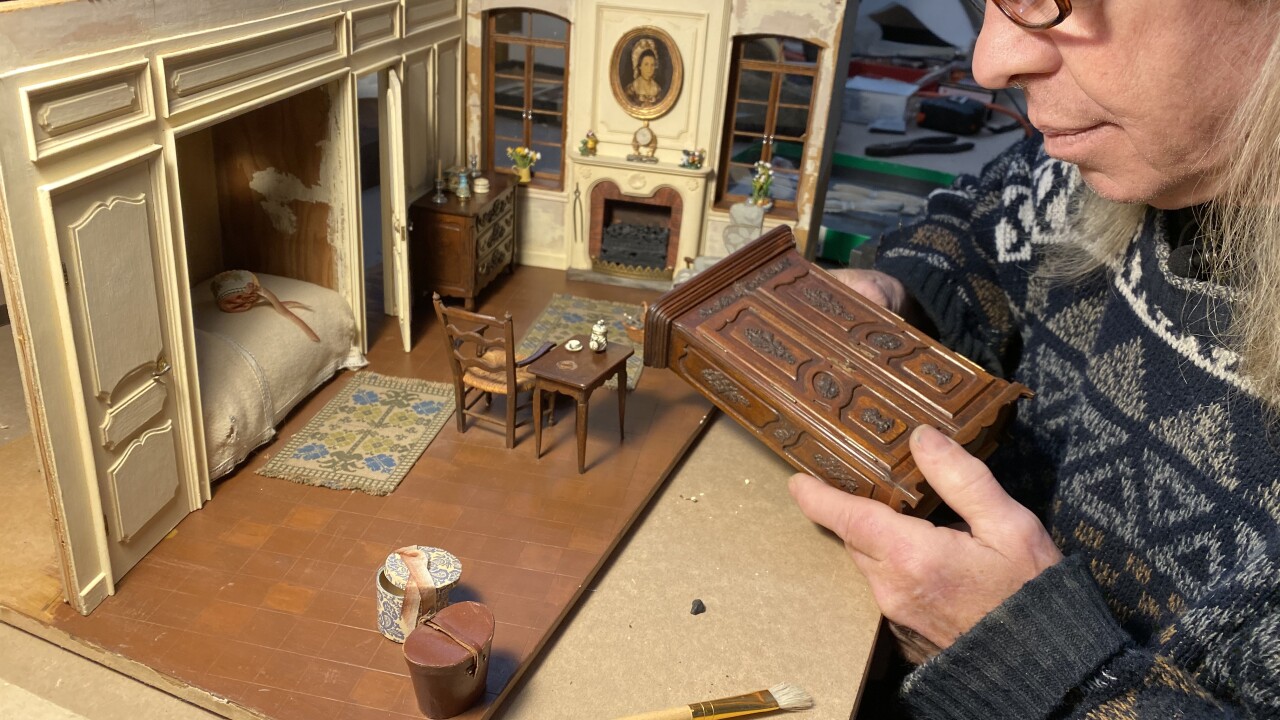 CHICAGO, Ill. – Imagine a window providing a glimpse into the past – Europe in the late 13th century, 1930s America, life during the Revolutionary War. Then imagine that world fitting inside the palm of your hand.

That’s what happens inside Jay Kupjack’s workshop. He is literally a giant, towering over his diminutive room recreations.

“I guess you could call me a miniaturist, I suppose,” said Kupjack.

Krupjack specializes in all things small.

“The preferred scale everybody likes is 1/12th,” he explained. “So, it's an inch to a foot. That seems to work out. Not too small. Not too big.”

Kupjack is the last of a dynasty of miniature artists.

“It's some you know it's deliberate and it's delicate,” said Kupjack.

Both his father, Eugene, and brother, Hank, dedicated their lives to the intricate Lilliputian artform.

Everything is made by hand.

“My brother liked doing ancient stuff,” said Kupjack. “He did Greek Roman, Egyptian. We don't go too far into the present. There's a 1940s diner.”

Kupjack’s late father was the primary artist on many of the 68 Thorne rooms that have been on display at the Art Institute of Chicago since the 1930s.

“This probably took about a year,” Kupjack said about an interior of a pirate’s cabin.

Today, the Kupjack Studio houses some 50 remaining interior dioramas created by the family. Each one is meticulously detailed.

“This is the room in the House that George Washington stayed at in the Valley Forge,” said Kupjack as he pointed out the details of the recreation. “There's his dispatch case and his map case and it was arguably the night before they crossed the Delaware.”

The allure of the art form he says may be something primal.

“Like you know like this some miniature armoire. You know you're used to it being gigantic you can pick it up in your hand. It's the power differential. You know it’s kind of a control thing,” he says.

“You know you're the big powerful thing. You know you are the god over that.”

After 44 years of miniature making, his hope for his family’s legacy and their works of art is simple.

“It’s not for us to look at. You know, it’s for everybody else to look at. So, showing it is the goal.”

Kupjack says he’s looking for sponsors and working with exhibitors who can help bring these rooms to a larger audience.