Microblading: What you need to know before you get it done 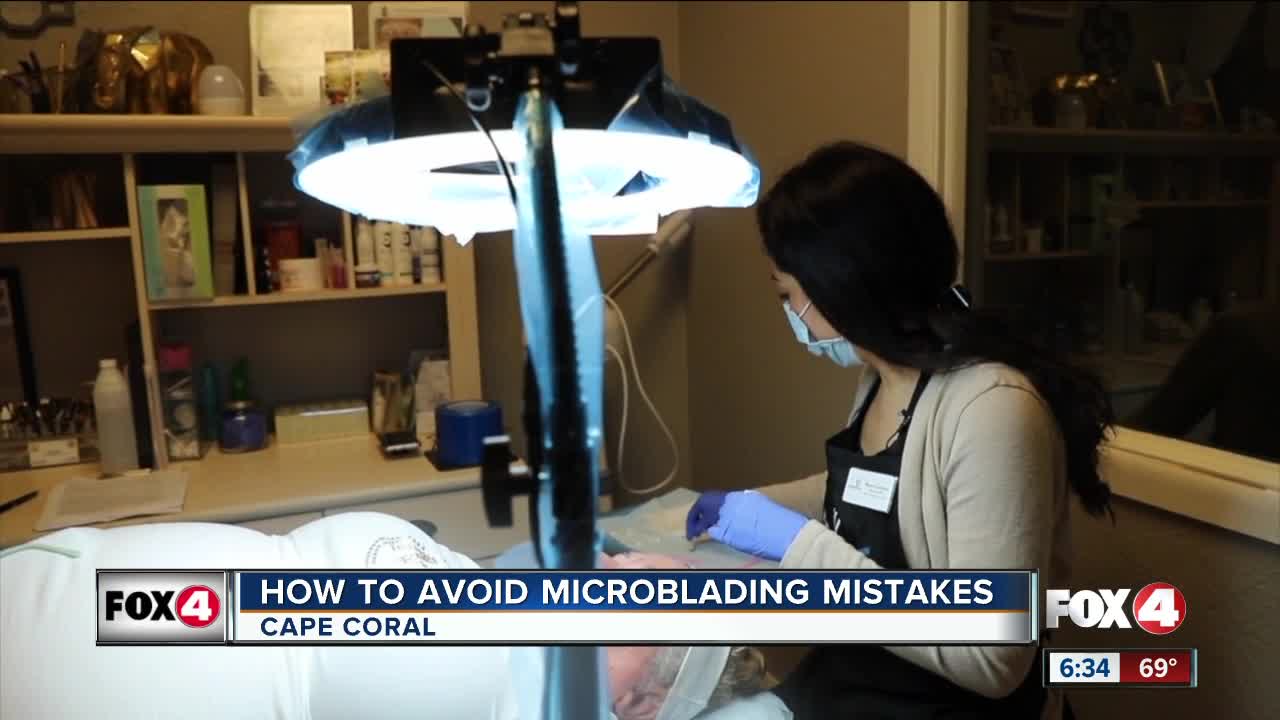 Microblading: What you should know about the procedure

CAPE CORAL, Fla - You may have seen the viral post of a Kansas City woman, who had an eyebrow procedure called microblading go horribly wrong. The person who did her eyebrows botched them so badly, she basically had four eyebrows.

An eyebrow expert in Florida demonstrated how it's supposed to be done. Marie Gunias, who owns "Eyebrow Expert," in Cape Coral has been microblading for two years. She says microblading is like an art and explains the tattooing technique can be a big confidence boost for men and woman who get it done.

"The attention to detail, the art meets the beauty, it’s life-changing, it feels good," Gunias said.

But no one said it was easy. "Not everyone can do it, or should be doing it," she added.

That wasn’t the case with a Kansas City woman whose eyebrows were botched earlier this week. The person who did the procedure likely didn't have a lot of experience.

Microblading is becoming more of a trend, if you look online you’ll find dozens of places that offer it inmany regions.

Gunias says she got her license in a state where the requirements are more strict, but all states aren’t like that.

Regulations do vary by state. For example in Colorado, you’re required to have at least 130 hours of training, with an apprenticeship, and proof of completed work.

In Florida, all you need to do is pass the blood-borne pathogens test and be 18 years old. But if you’re Gunias, and you’re unsure of your “experts” qualifications, ask these questions.

"You wanna make sure is licensed and insured, that they have an extensive before and after portfolio, ask how many people they’ve worked on. You want more than 50 - preferably 100," Gunias said.

Depending on where your eyebrow expert got their license could be the difference maker in your new look, just ask Gunias.

"Because of all the educating that I do, I feel that most my clients are very well prepared. they know what to expect," she said.