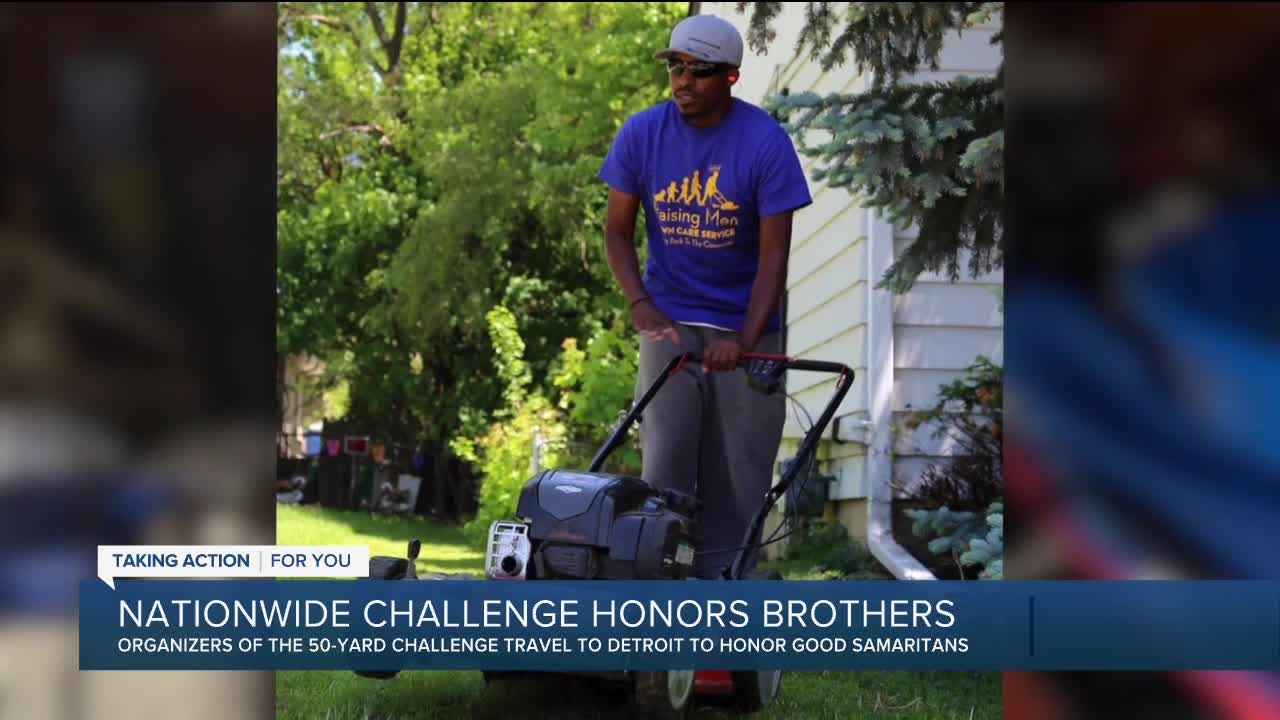 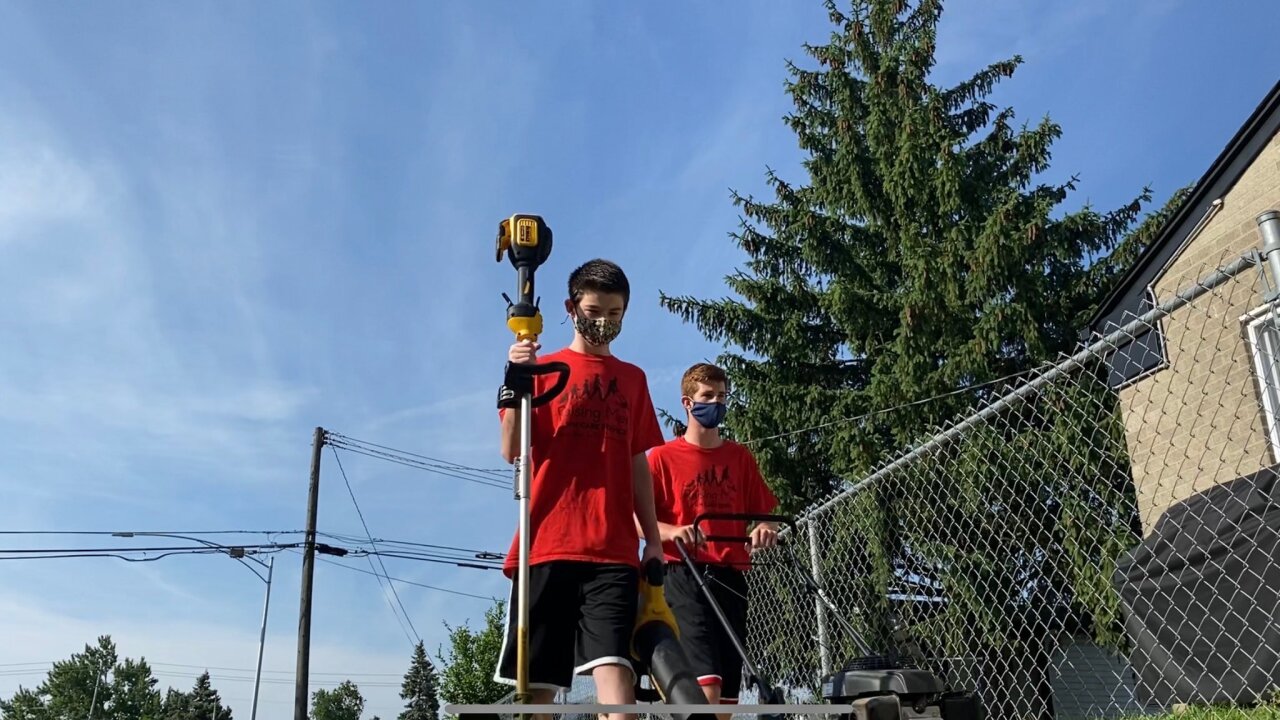 Now, the nationwide challenge's organizer is headed to metro Detroit to recognize their efforts.

16-year-old Sam and 13-year-old Hunter have mowed 51 lawns in Westland for free since April.

It's a task most people hate, especially in the summer heat; but Sam loves it.

So when his parents told him about the "50 Yard Challenge," it was a no-brainer.

“We get the feeling that we’re helping people who really can’t help themselves," he said.

"Back in 2015, I came across an elderly man outside mowing his lawn. It looked like he was struggling, so I pulled over and helped him out. That night I decided I’ve to start mowing free lawns for the elderly, disabled, single parents, and veterans in Huntsville, Alabama," Smith told WXYZ.

Two brothers from Westland mowed 51 lawns since April FOR FREE. They’re offering help to the elderly, people with disabilities, veterans, or anyone who may need some help. It’s all part of the #50YardChallenge, taking place around the country @wxyzdetroit 👏🏼👏🏼👏🏼 pic.twitter.com/cd0DDMxIYW

He turned his good deed into a non-profit, and challenges young people around the country through social media to mow 50 lawns in their community for those who need some help— and to do it, for free.

They get prizes along the way, and once they hit 50 lawns, Rodney hits the road; he’s making his way to Michigan Friday to offer Hunter and Sam not only thanks but a lawnmower, weed wacker and blower.

Sam and Hunter’s parents follow Rodney on social media and put the word out that the boys were in.

It didn’t take long before they were getting requests.

“A lot of neighbors actually were advocating for neighbors they had, that they knew that couldn’t do it. So it was really cool to see the amount of community that came out. The boys have actually made what we think are going to be long-lasting relationships with some of these that don’t have contact with the outside world," their mom Keri told WXYZ.

Fifty other kids from around the country have also completed the challenge, and about 1,000 are in the process of doing it now.

They may be helping others, but the boys said they're getting something really important out of the work too.

“It’s heartwarming. We just get to meet nice people that just... that really want to have connections with other people that just can’t really go anywhere," said 13-year-old Hunter.

“They appreciate what we do," Sam told WXYZ. "I’ll have those people as friends forever and ever.”