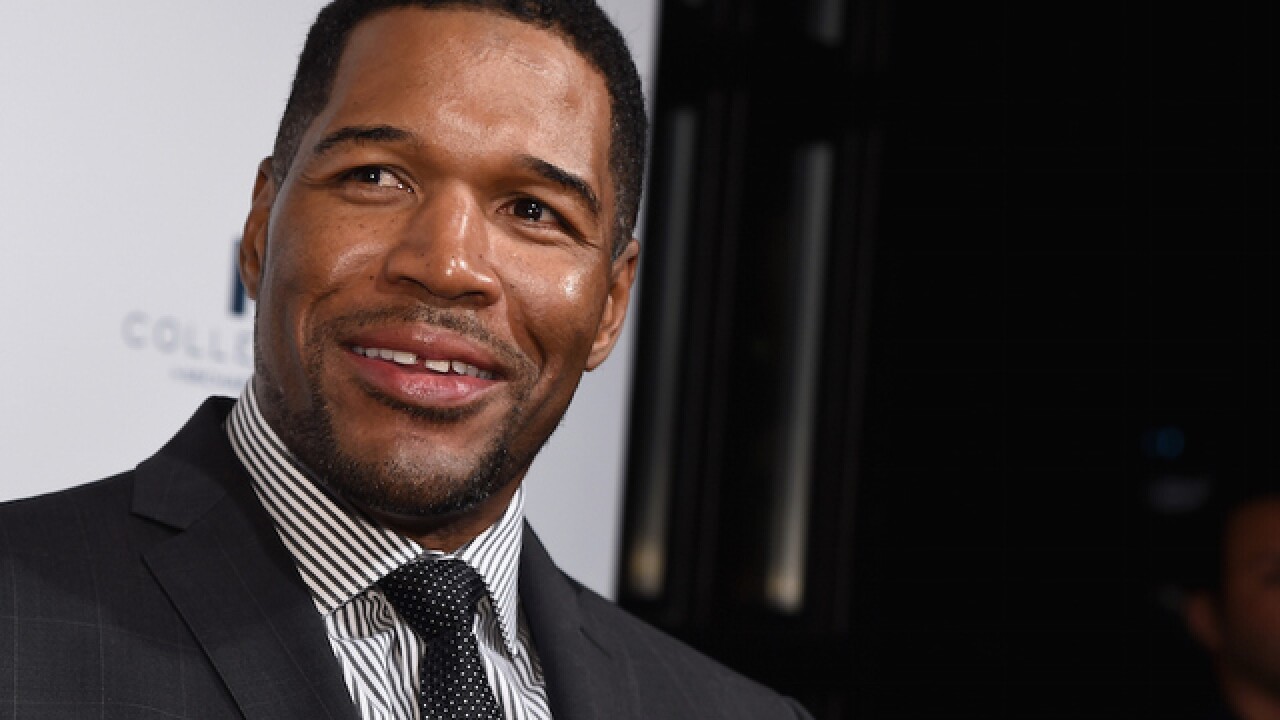 ABC said Tuesday that a search for Strahan's replacement will begin in the fall. The former New York Giant was selected in 2012 to replace Regis Philbin as Ripa's co-host on the talk show, which airs at 9 a.m. in most markets.

Strahan has worked a couple of days a week at "GMA" for the past two years, but he always has to leave midway through to head to the "Live with Kelly and Michael" studio on Manhattan's upper West Side. He's joining the show's regular cast of Robin Roberts, George Stephanopoulos, Lara Logan, Amy Robach and Ginger Zee.

"Good Morning America" leads the network morning shows in ratings, but its competition with second place "Today" on NBC has gotten tighter in recent months. "Today" frequently wins the ratings in a younger demographic that is used as a basis for most advertising sales.

In a memo to his staff, ABC News President James Goldston called Strahan "a stellar addition to the broadcast."

He will remain as a co-host of "NFL on Fox" on the weekends.

Ripa and Strahan won an Emmy last year for outstanding entertainment talk show hosts, as the show has made a complete transition from a program that began in the 1980s with Philbin and Kathie Lee Gifford. The show has commitments to be on the air at least through 2020.

"My departure will be bittersweet," Strahan said. "Kelly has been an unbelievable partner, and I am so thankful to her and the entire team."