McDonald's considering a bid into the chicken sandwich war 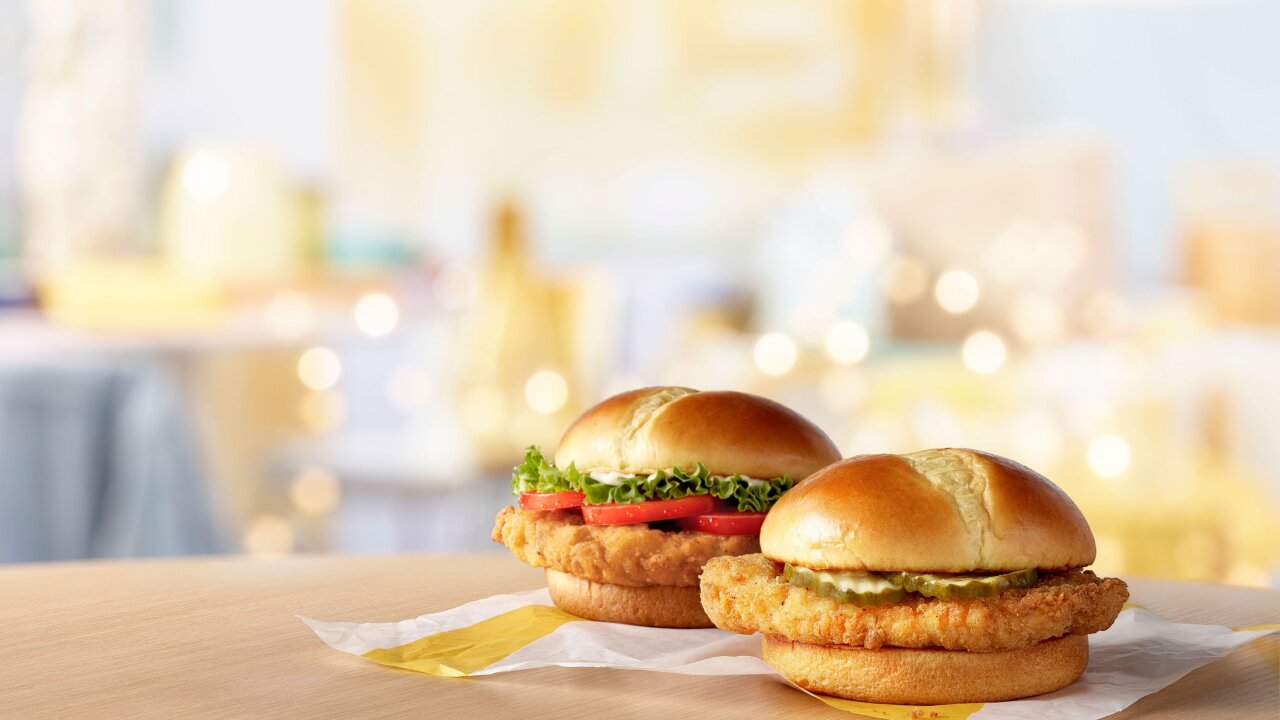 Lookout Popeye's and Chick-fil-A, McDonald's is preparing to enter the chicken sandwich war.

The chain is testing out a crispy chicken sandwich, made with a fried chicken filet topped with butter and crinkle-cut pickles on a potato roll. McDonald's is also testing a deluxe version, which has tomatoes, lettuce and mayo, in Knoxville, Tennessee, and Houston, Texas. The tests are taking place now through January 26.

McDonald's already serves the McChicken and has tested out a number of different chicken sandwiches, but its offerings have failed to inspire the type of excitement surrounding other popular fried chicken sandwiches. The new version could be a way to bring in more customers, better compete with rivals like Popeyes and Chick-fil-A, and placate its franchise operators, which have been lobbying hard for the menu item.

Fried chicken sandwiches have been a bright spot for fast food chains, boosting sales as visits to restaurants stagnate.

Popeyes capitalized on the taste for chicken sandwiches with its fried chicken sandwich, which sold out within about two weeks of its launch this summer. The chain brought the sandwich back this fall, and it has once again inspired long lines and social media buzz.

Meanwhile, Chick-fil-A has been growing steadily. The chain added about 1,000 locations and nearly tripled its sales over the last decade.

Ranked by annual revenue, Chick-fil-A is the fifth largest US restaurant chain after McDonald's, Starbucks, Subway and Taco Bell — all of which have far more restaurants.

That growth has threatened to eat into McDonald's profits, franchise operators have argued.

"A favorite, that our customers want, is a chicken sandwich. Unfortunately, they have to go to Chick-fil-A for it," the board of the National Owners Association, a group of McDonald's franchisees that formed in 2018, wrote in a July letter.

"Chick-fil-A's results demonstrate the power of chicken. Yes, we have great Chicken McNuggets and our McChicken is a very good product. But we do not compete in the premium chicken sandwich category, either grilled or crispy," the letter continued.

Following the franchise operators' plea and the success of Popeyes' sandwich, McDonald's teased a new addition to the menu.

In October, McDonald's told CNN Business that "we are inspired by the customer demand for premium chicken sandwiches, and are working closely with our franchisees to deliver what our customers want. Stay tuned."

The new sandwiches are only being tested in Houston and Knoxville for now, but it seems that they may be sold nationwide next year.

A spokesperson told CNN Business Monday that while the cities "are getting a sneak peek, everyone else should stay tuned for what's to come in 2020."