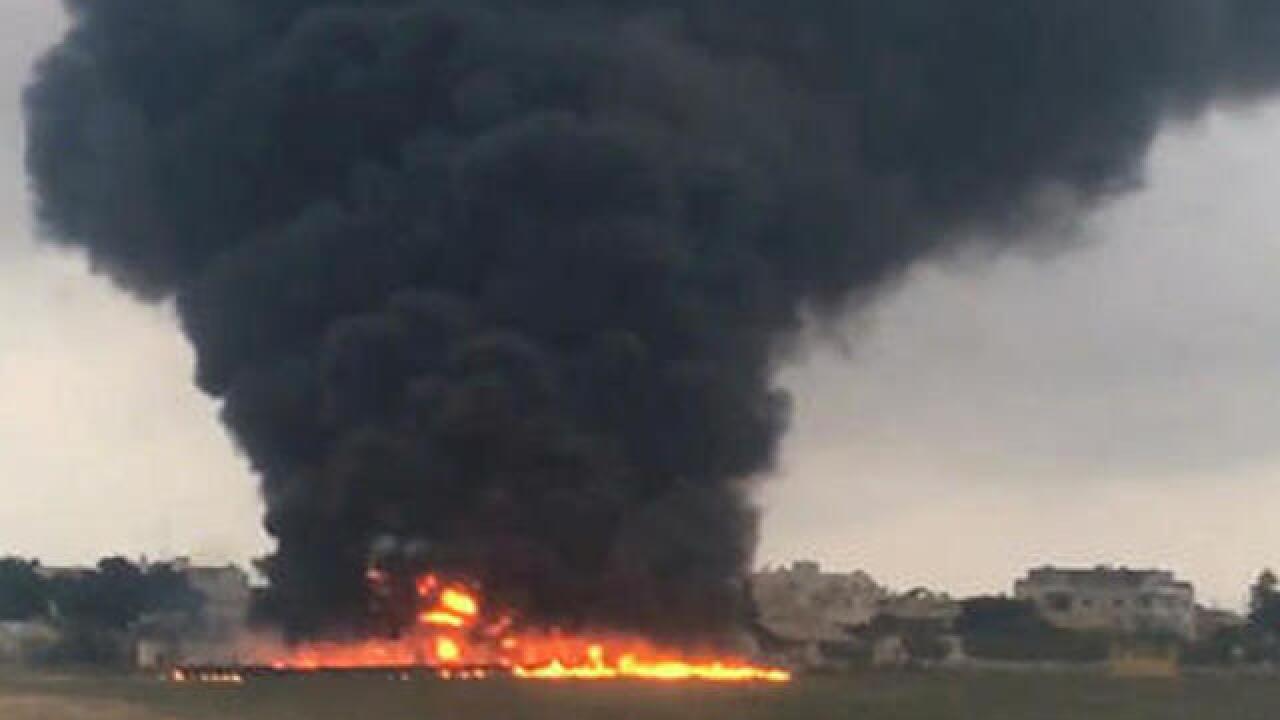 Copyright Associated Press
Ed De Gaetano
<p>In this image taken from a video smoke billows as a light plane crashed after takeoff from Malta airport, in Valletta, Monday, Oct. 24, 2016. Officials say a light plane has crashed after takeoff from Malta International Airport, killing all five people on board. The twin-prop Metroliner tipped toward the right and crashed into the ground soon after lifting off at 7:20 a.m. Monday, bursting into flames, eyewitnesses said. (AP Photo/Ed De Gaetano)</p>

The twin-prop Fairchild Metroliner banked to the right and slammed into the ground in a huge fireball soon after lifting off at 7:20 a.m., according to video of the moment captured by a dashboard videocam and posted on Facebook.

Malta's government said all five victims were French. It said the flight was part of a French Customs surveillance operation tracing routes of illicit trafficking, both of humans and drugs, leaving Libya's lawless coasts. Libya is the main point of departure for the tens of thousands of migrants who have been paying smugglers to bring them toward Europe by boat.

Earlier, authorities had said the flight was headed to Misrata, Libya; the government said later that the aircraft was due to return to Malta within a few hours without landing elsewhere.

Malta's International Airport is used for surveillance flights to Libya due to its proximity. The government said the French Customs operation has been active for about five months.

The airport was closed for four hours while debris was cleared, delaying more than a dozen flights, according to a notice on the airport website.

The Metroliner was registered in the U.S. and leased to a Luxembourg company, the government statement said.