Famous actresses among those indicted in alleged college application scheme 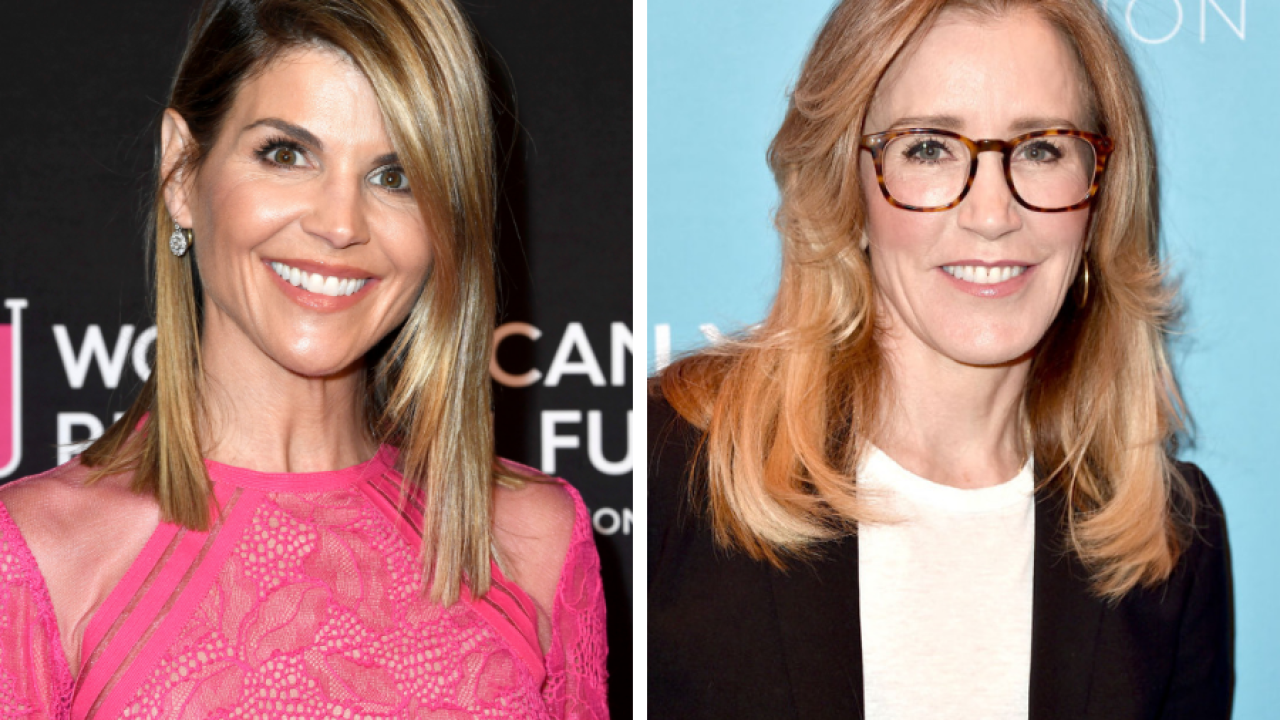 Dozens of parents, including famous actresses, college coaches and a winemaker were charged in an alleged conspiracy to get students into top colleges, according to a federal criminal complaint.

Here is a look at some of the 50 accused people:

The man at the center of the alleged scheme

Federal prosecutors say a Newport Beach, California, business owner conspired with others to have students fraudulently accepted with bogus test scores and as purported sports recruits.

The businessman is one of the cooperating witnesses mentioned throughout the complaint, according to a law enforcement source.

"I created a side door that would guarantee families would get in," Singer told the judge. "I was bribing coaches for a spot. And that occurred very frequently."

Actress Felicity Huffman and her spouse "made a purported charitable contribution of $15,000 to [Key Worldwide Foundation] to participate in the college entrance exam cheating scheme on behalf of her oldest daughter," the complaint said.

She later "made arrangements to pursue the scheme a second time, for her younger daughter before deciding not to do so," the complaint said.

The Academy Award nominee been charged with felony conspiracy to commit mail fraud and honest services mail fraud, according to court paperwork filed Monday in federal court in Massachusetts. She was arrested at her home, the FBI said.

Giannulli allegedly "agreed to pay bribes totaling $500,000" in exchange for having their two daughters designated as recruits to the USC crew team -- despite the fact that they did not participate in crew -- thereby facilitating their admission to USC," the complaint said.

The complaint includes alleged emails between a cooperating witness and Giannulli in which the two discussed a "game plan" for his older daughter whose "academic qualifications were at or below the "low-end of USC's admission standards."

Loughlin wrote at least one email discussing their younger daughter and her admission.

The two were allegedly recorded on calls with a cooperating witness discussing an IRS audit being done on the business involved in the alleged scam and that if ever asked, Loughlin would say they made a donation to the foundation, "end of story."

Giannulli has been arrested, according to the FBI. Loughlin was on a flight to Los Angeles, where she was expected to surrender Tuesday afternoon, according to a law enforcement source.

CNN is also trying to get a comment from the actresses' representatives.

The winemaker, CEO and other parents

CNN has reached out to all three defendants. USC said it has fired Heinel and Vavic.

Other parents in the alleged scam include the CEO of a Los Angeles-based boutique marketing firm who "agreed to make a purported charitable donation of $50,000" to Key Worldwide in exchange for having a cooperating witness take the ACT on behalf of her son at a Houston test center, the complaint said.

Another defendant is a Greenwich, Connecticut, resident who is an attorney at a New York international law firm. The attorney paid a "purported charitable donation of $75,000" to Key Worldwide, the complaint said.

A cooperating witness arranged for the director of college entrance exam preparation at a private school in Bradenton, Florida, to purport to proctor the attorney's daughter's ACT exam and "correct the answers after she had completed it," the complaint said.

Other parents include the founder and chairman of a packaging company for the food and beverage industry who lives in Aspen, Colorado, and New York. He and his wife are charged with conspiracy to commit mail fraud and honest services mail fraud.

Coaches at Yale, Stanford, USC, Wake Forest and Georgetown are among those implicated in the alleged conspiracy. CNN has reached out to all of the schools.

According to the complaint, another parent "conspired to bribe" Heinel, the USC senior associate athletic director, to designate his daughter as a recruit to the USC basketball team in order to get her into the university.

Laura Janke, a former USC assistant women's soccer coach, sent to a cooperting witness a draft of the fake basketball profile for that defendant's daughter, the complaint said. Janke is accused of conspiracy to commit racketeering. She could not be reached on Tuesday.

Heinel allegedly submitted the defendant's daughter to a USC subcommittee for athletic admissions in October 2017, and the committee granted approval to admit the student as a basketball recruit. The student entered USC in fall 2018 but did not join the basketball team, the complaint said.

University of Southern California said of the alleged scheme: "We are aware of the ongoing wide-ranging criminal investigation involving universities nationwide, including USC. USC has not been accused of any wrongdoing and will continue to cooperate fully with the government's investigation.

"We understand that the government believes that illegal activity was carried out by individuals who went to great lengths to conceal their actions from the university. USC is conducting an internal investigation and will take employment actions as appropriate," the statement said.

The former head coach of Yale University's women's soccer team conspired with Singer to accept bribes in exchange for designating Yale applicants as recruits for the team, according to a court filing.

Rudolph "Rudy" Meredith was the head coach for more than 20 years. In 2015, he agreed to work with Singer, according to the filing.

In one case, Singer allegedly adjusted the resume and personal statement of a candidate to falsely describe the individual as the co-captain of a prominent club soccer team in Southern California, despite the fact that the applicant did not play competitive soccer.

Singer sent Meredith a check for $400,000 in January 2018 after the applicant was admitted, authorities said.

The applicant's relatives paid Singer approximately $1.2 million in multiple installments, including about $900,000 that was paid to one of Singer's charitable accounts, according to the filing.

Meredith couldn't be reached on Tuesday.

In a statement, a Yale University spokesman said: "As the indictment makes clear, the Department of Justice believes that Yale has been the victim of a crime perpetrated by its former women's soccer coach."