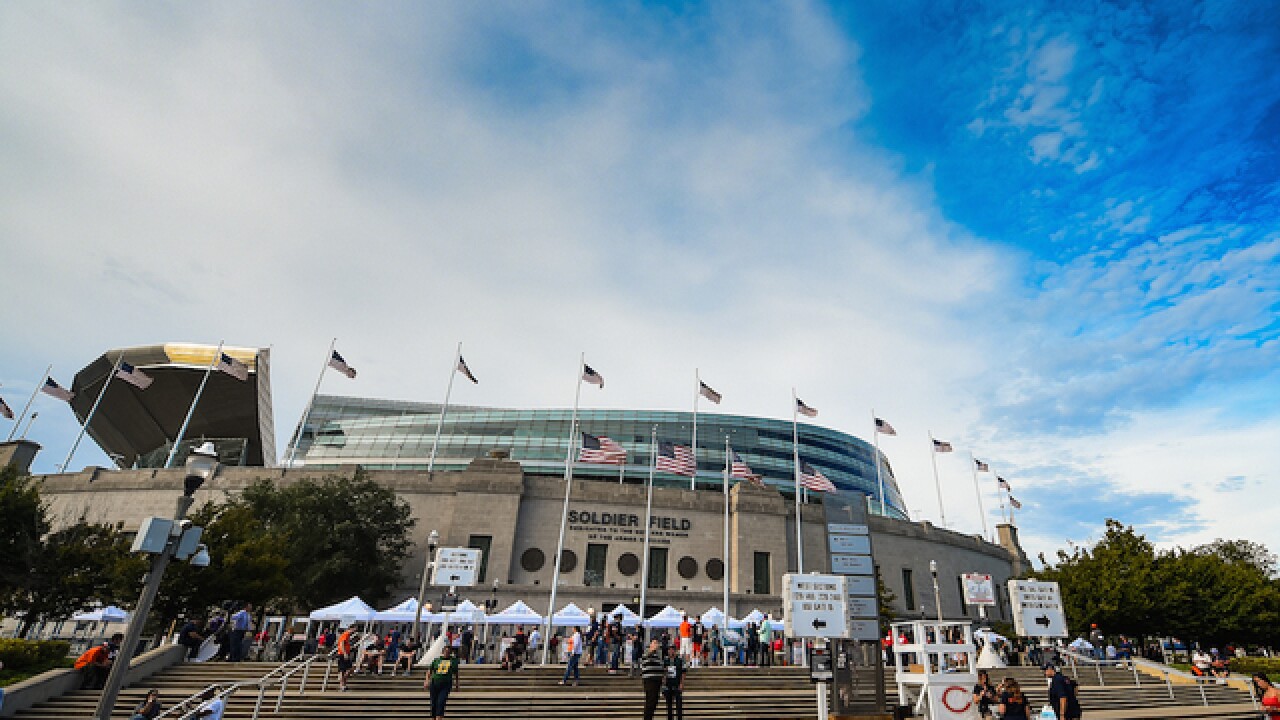 Copyright Getty Images
Stacy Revere
<p>Fans make their way to Soldier Field prior to the game between the Chicago Bears and the Philadelphia Eagles on September 19, 2016 in Chicago, Illinois. </p>

We’re a few weeks into football season and have already seen shining stars in the pro league, like Derek Carr, who has led the most fourth-quarter comebacks in the NFL, and Tom Brady, who returned after his four game suspension.

And while it’s fun to get everyone together to watch the games on Sunday afternoon, you may want to go see one in person. But it’s going to cost you.

According to the latest Team Marketing Report data, the price tag for an average ticket to an NFL game is $92.98, which is an 8.3% increase from last season. And get ready to hand over even more for a premium ticket — defined as tickets that come with at least one added amenity or defined by the team as being premium — as these average $277.29 each.

To gather this information, Team Marketing Report — a publisher of sports marketing and sponsorship information — weighed the average of season ticket prices for general seating, looking at tickets in each price range as a percentage of the total number of seats in the stadium. In doing this, luxury suite tickets and premium tickets (those deemed premium by the the team or that come with at least one added amenity) were excluded. It’s also important to note that for this report season ticket pricing is used for teams that offer a discount to season ticket holders.

So, if you’re ready to be there in person as Julio Jones earns all those points that are boosting you to the top of your fantasy football league, it’s time to start setting some money aside. After all, you don’t want to see these teams at the expense of breaking your budget (or landing yourself in credit card debt).

Remember, your financial decisions can affect more than just your bank balance. You can see how your spending habits are impacting your credit (which helps you secure a new credit card, loan or mortgage) by taking a look at two of your credit scores for free, updated every 14 days, on Credit.com.

These are the 10 teams with the most expensive average ticket prices, according to the 2016 Team Marketing Report.

Quarterback Carson Wentz has the cash to leave a $500 tip for dinner — but you could use that to buy 100 hot dogs at Lincoln Financial Field, as Team Market Report found that you’ll pay about $5 for those franks.

Head to AT&T Stadium and enjoy a beer (16 ounces) for $8.50 while you check out that impressive Cowboys defense. You may even want to get a hat to show your support for Terrell McClain, which will set you back about $20.

Even though Erick Decker will probably be nursing his injured shoulder on the sidelines, you can still enjoy the game. But if you decide to drive to the stadium, you’ll be looking at paying about $25 to park.

Marc Trestman is out and Marty Mornhinweg is in, so perhaps we’ll see some improvements for the Ravens with Mornhinweg’s guidance. So, kick back with a $3 hot dog and a $8 soda, and enjoy the game.

If you’re hoping to upgrade to a premium ticket to get a better view of how Joe DeCamillis does as the Broncos’ interim coach, instead of $114, you’ll be looking at paying $386.47.

Coach Kelly just named Colin Kaepernick the starting quarterback, replacing Blaine Gabbert, so you may need to replace your gear. If you’re looking to get a new hat while at Levi’s Stadium, you’ll be facing a $26 bill. But the real zinger comes from paying for parking, which averages $60.

You can see the rest of the 10 most expensive NFL tickets in America on Credit.com.

This article originally appeared on Credit.com.