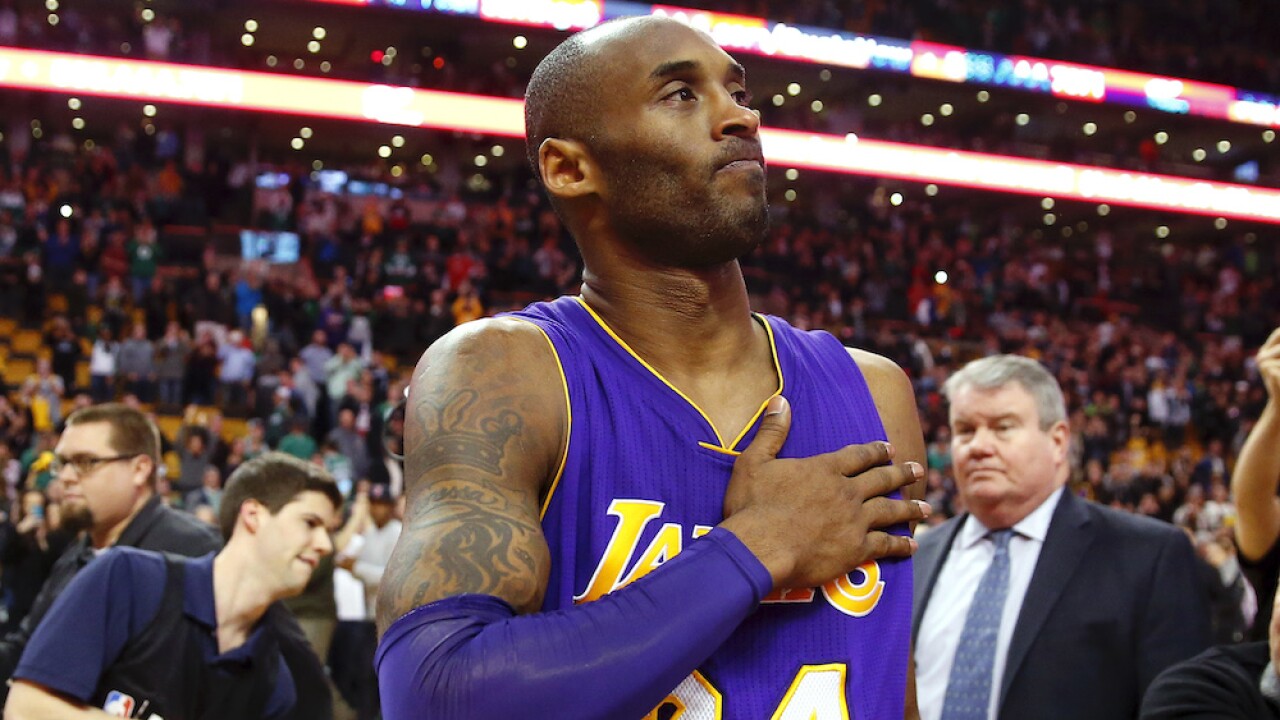 Family members, basketball stars and entertainers mourned Kobe Bryant and his daughter, GIanna, at a public memorial in Los Angeles

A sold out crowd packed the Staples Center — where Bryant played hundreds of games for the Lakers — for a "celebration of life."

Beyonce opened the ceremony with a performance of her song XO.

"I'm here because I loved Kobe, and this was one of his favorite songs," Beyonce said.

Watch the memorial in the player below when the ceremony begins at 1 p.m. ET/10 a.m. PT.

"God knew they couldn't be on this Earth without each other," Vanessa Bryant said, in closing.

During his eulogy Laker GM Rob Pelinka — a friend and former agent of Kobe, and the godfather of Gigi — share the story of Bryant teaching himself Beethoven's Moonlight Sonata so he could play it for Vanessa. Alicia Keys then played the piece in Kobe's honor.

"Now I'll have to see another crying meme for the next four years," Jordan joked, referencing the now-viral photo of himself at his Hall of Fame induction ceremony. "That's what Kobe does to me."

Earlier this month, Bryant's wife Vanessa shared that the event of the date — Feb. 24, 2020 — held special meaning for the family. Bryant wore No. 24 for much of his career with the Lakers, while Gianna — a budding basketball talent of her own — wore No. 2. In addition, Vanessa and Kobe Bryant were married for 20 years.

A limited number of tickets were sold to the general public, with prices ranging from $24.02 to $224 — a further tribute to Kobe's and Gianna's numbers. Tickets quickly sold out, and according to CNN, ticket proceeds went towards the Mamba and Mambacita Sports Foundation.

Monday won't be the first time the Staples Center has hosted a celebrity memorial. In 2009, the arena hosted a large memorial for Michael Jackson, and Los Angeles-based rapper Nipsey Hussle was memorialized at Staples Center last April.

Bryant, 41, and Gianna, 13, were among nine people killed in a helicopter crash in Southern California on Jan. 26. The two were buried in a private funeral near the family's Orange County home on Feb. 7.