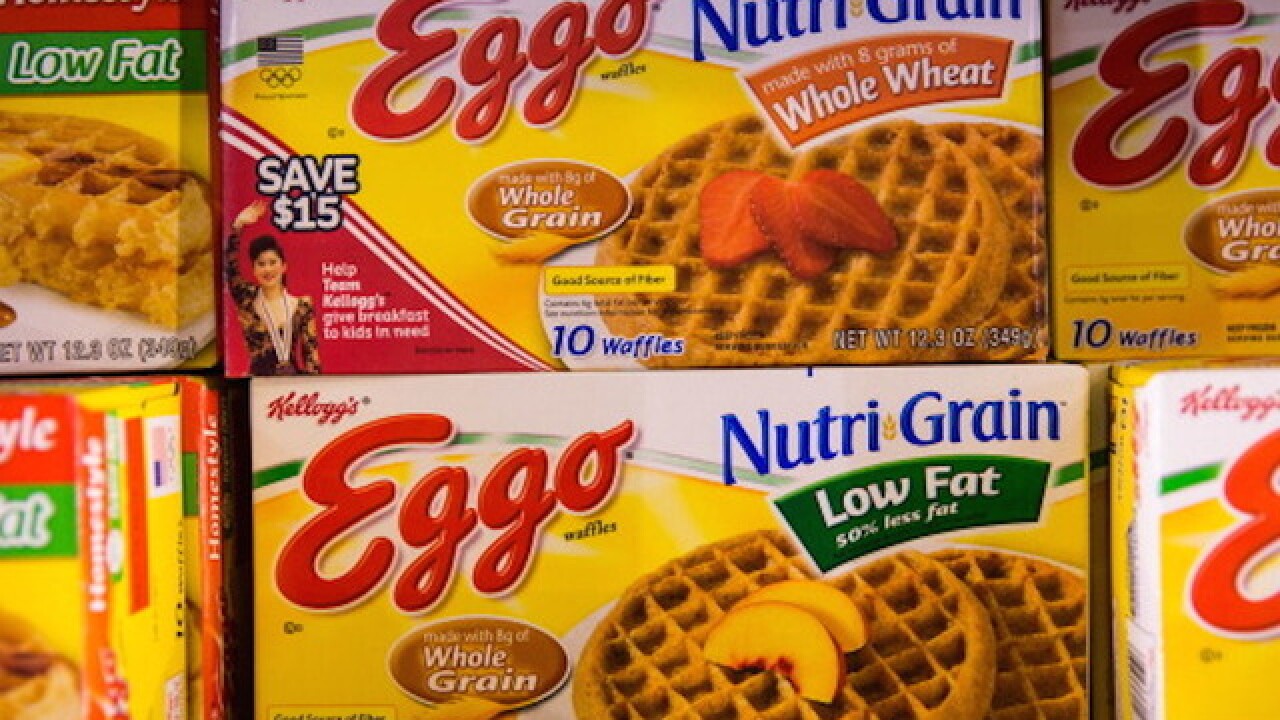 Copyright Getty Images
Andrew Burton
<p>NEW YORK, NY - FEBRUARY 19: Boxes of Eggo Waffles sit for sale at the Metropolitan Citymarket on February 19, 2014 in the East Village neighborhood of New York City. Kellogg, maker of Eggo waffles, has announced that it will only buy palm oil - a minor ingredient in Eggo Waffles - from companies that don't destroy rainforests where palm trees are grown. Palm oil is used in many processed foods. (Photo by Andrew Burton/Getty Images)</p>

Kellogg issued a voluntary recall on Monday of 10,000 boxes of Eggo Nutri-Grain whole wheat waffles due to possible listeria contamination.

The recalled frozen waffles were sold in 25 states.

Kellogg said it has received no reports of illnesses due to the possibly contaminated waffles. The company said the recall is a result of routine tests that the company conducts which identified the potential for contamination.

Customers who purchased the affected waffles are encouraged to discard the product and call 1-800-962-1413 for a refund.

According to the Centers for Disease Control and Prevention, listeria can cause a serious infection usually caused by eating food contaminated with the bacterium Listeria monocytogenes. The disease primarily affects older adults, pregnant women, newborns and adults with weakened immune systems