Kavanaugh called himself and his friends 'loud, obnoxious drunks' in 1983 letter, NYT reports 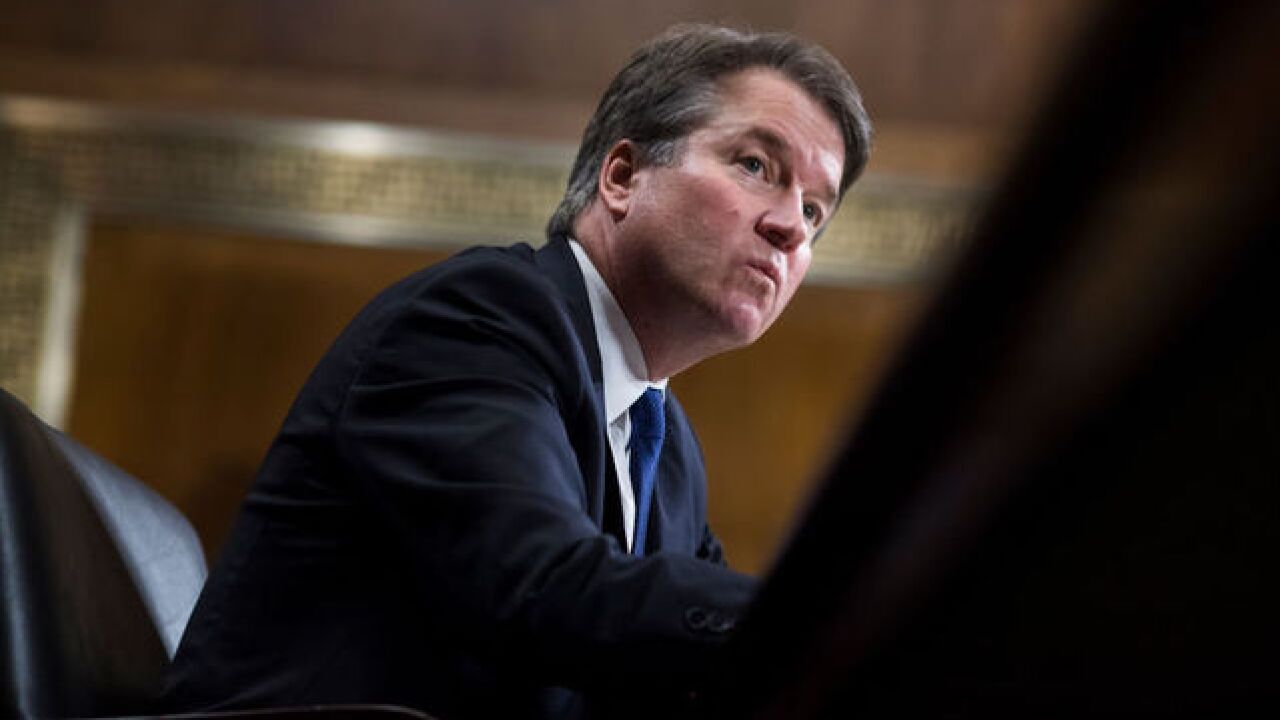 Image copyright 2018 Getty Images. All rights reserved. This material may not be published, broadcast, rewritten, or redistributed.
Tom Williams
<p>Judge Brett Kavanaugh testifies during the Senate Judiciary Committee hearing on his nomination be an associate justice of the Supreme Court of the United States, focusing on allegations of sexual assault by Kavanaugh against Christine Blasey Ford in the early 1980s. </p>

In a letter written in 1983, Supreme Court nominee Brett Kavanaugh describes himself and his friends as "loud, obnoxious drunks with prolific pukers" -- a stark contrast to the image Kavanaugh painted of himself during his testimony before the Senate last week.

The letter, which was published by The New York Times , and which The Times reports was written by Kavanaugh, shows him reviewing details for an upcoming trip with seven fellow Georgetown Preparatory School classmates. It offers another glimpse into the social lives of the students who attended private schools outside of Washington during the 1980s -- a scene that has been central to questions about Kavanaugh and the accusations of sexual assault he faces.

Also of note, Kavanaugh signs the letter "Bart" -- a name which has previously come up as a possible reference to Kavanaugh in his former classmate Mark Judge's book, where he writes about "Bart O'Kavanaugh."

Kavanaugh was asked about the reference to "Bart" in Judge's book during his questioning by the Senate Judiciary Committee last week.

Sen. Patrick Leahy, a Democrat from Vermont, and Kavanaugh went back and forth about the reference, but Kavanaugh appeared to avoid directly answering the question.

"Judge Kavanaugh, I'm trying to get a straight answer from you under oath," Leahy said. He then proceeded to ask Kavanaugh if he was Bart, "yes or no?"

Kavanaugh responded: "You'd have to ask him" -- meaning Judge.

Judge is one of four people who the FBI has interviewed during its supplemental background investigation into accusations against Kavanaugh.

Christine Blasey Ford accused Kavanaugh of sexual assault while they were both at a party during their high school years, and both answered questions about the alleged incident before the Senate Judiciary Committee last week. Kavanaugh has repeatedly denied the accusations of assault.

Following the hearing,Senate Judiciary Committee member Sen. Jeff Flake, an Arizona Republican, said he would support moving the nomination out of committee but called for the FBI to look into the allegations.

This led to President Donald Trump to order the FBI "to conduct a supplemental investigation to update Judge Kavanaugh's file."

The statement from Trump continued: "As the Senate has requested, this update must be limited in scope and completed in less than one week."