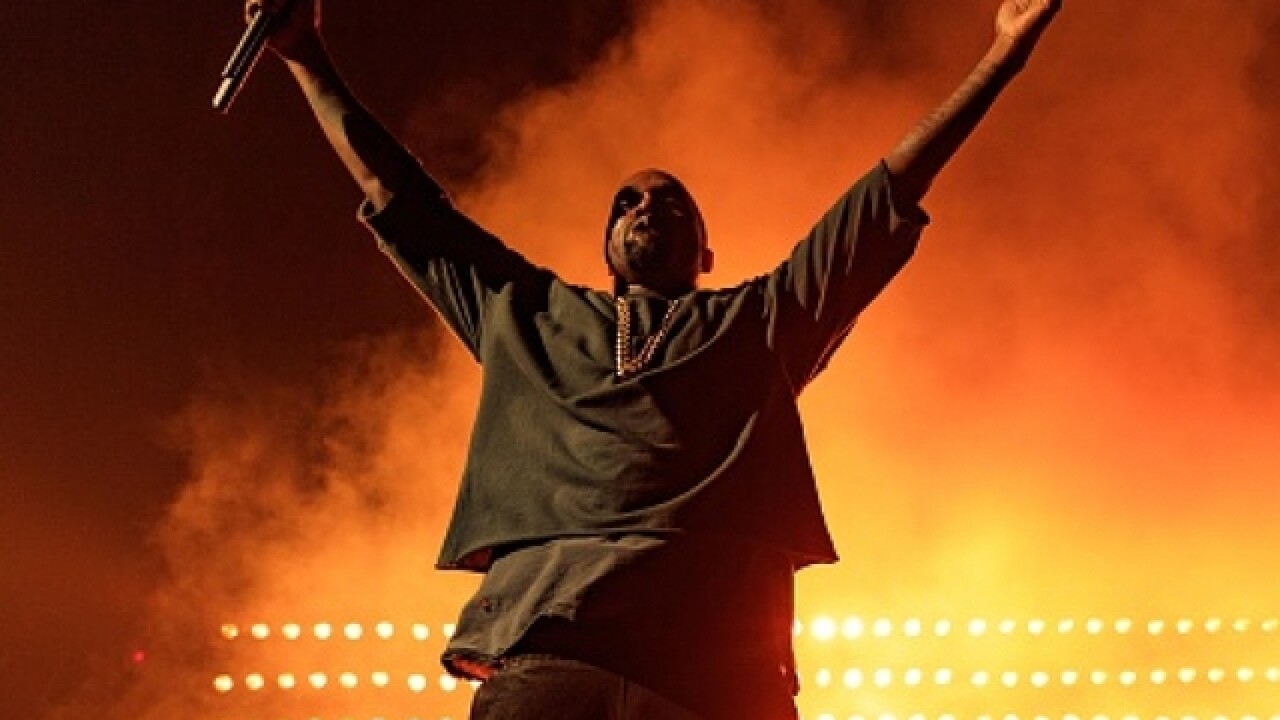 LOS ANGELES (AP) — Kanye West has canceled and rescheduled two tour dates after his wife Kim Kardashian West was robbed at gunpoint in Paris.
LiveNation, promoter of West's Saint Pablo Tour, announced Monday that a concert scheduled for Tuesday in Philadelphia and another scheduled for Thursday in the Detroit area have been bumped back to December.
West's tour will resume Friday in Chicago.
Early Monday, armed robbers broke into a private residence in Paris where Kardashian West was staying, bound her and fled with more than $10 million in jewels. She had been in Paris for the city's fashion week but returned to New York later Monday.
The statement from LiveNation cites "family concerns" as the reason for the postponements.
The Philadelphia show will now be Dec. 13 and the Michigan show Dec. 22.
Copyright 2016 The Associated Press. All rights reserved. This material may not be published, broadcast, rewritten or redistributed.