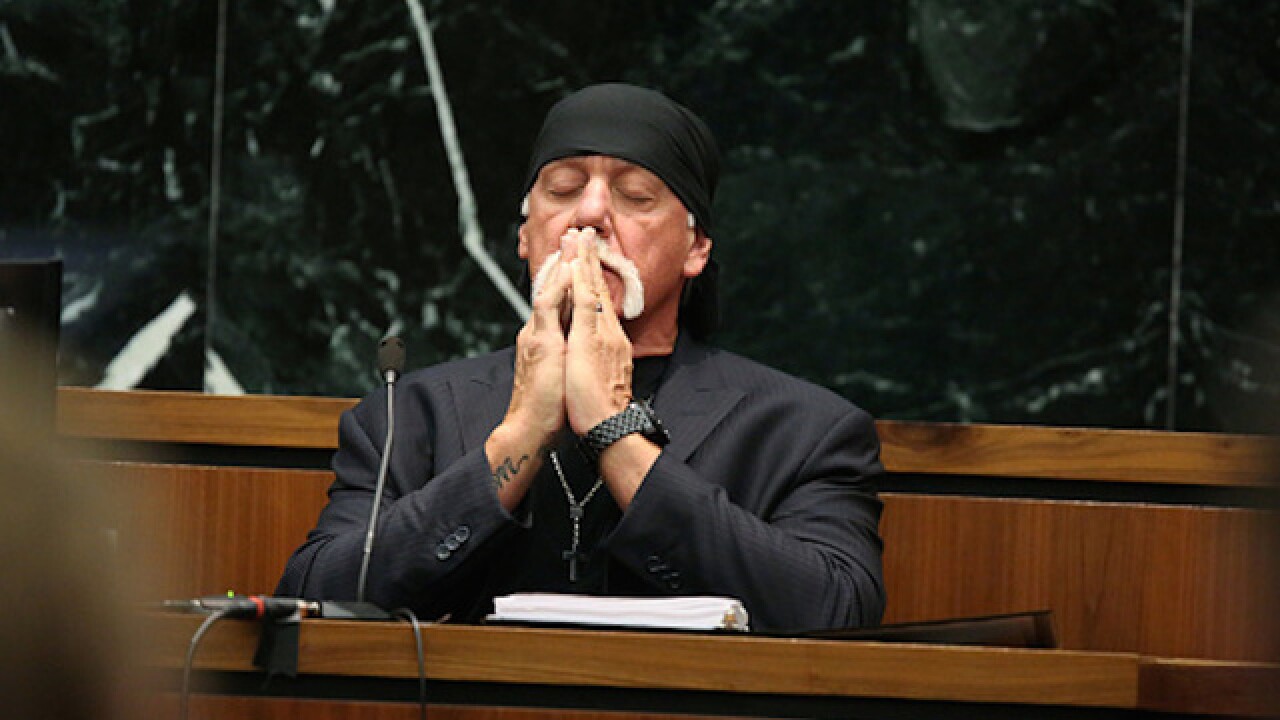 Pool
<p>ST PETERSBURG, FL - MARCH 08: NY POST OUT Terry Bollea, aka Hulk Hogan, testifies in court during his trial against Gawker Media at the Pinellas County Courthouse on March 8, 2016 in St Petersburg, Florida. Bollea is taking legal action against Gawker in a USD 100 million lawsuit for releasing a video of him having sex with his best friends wife. (Photo by John Pendygraft-Pool/Getty Images)</p>

A jury has sided with ex-pro wrestler Hulk Hogan and awarded him $115 million in his sex tape lawsuit against Gawker Media.

The jurors reached the decision Friday evening, less than six hours after they began deliberations. The trial lasted two weeks.

Hogan, whose given name is Terry Bollea, sued Gawker for $100 million for posting a video in 2012 of him having sex with his former best friend's wife. Hogan contended it was a violation of his privacy.

Gawker's editors contended the video and an accompanying post was a newsworthy commentary on the ordinariness of celebrity sex videos.