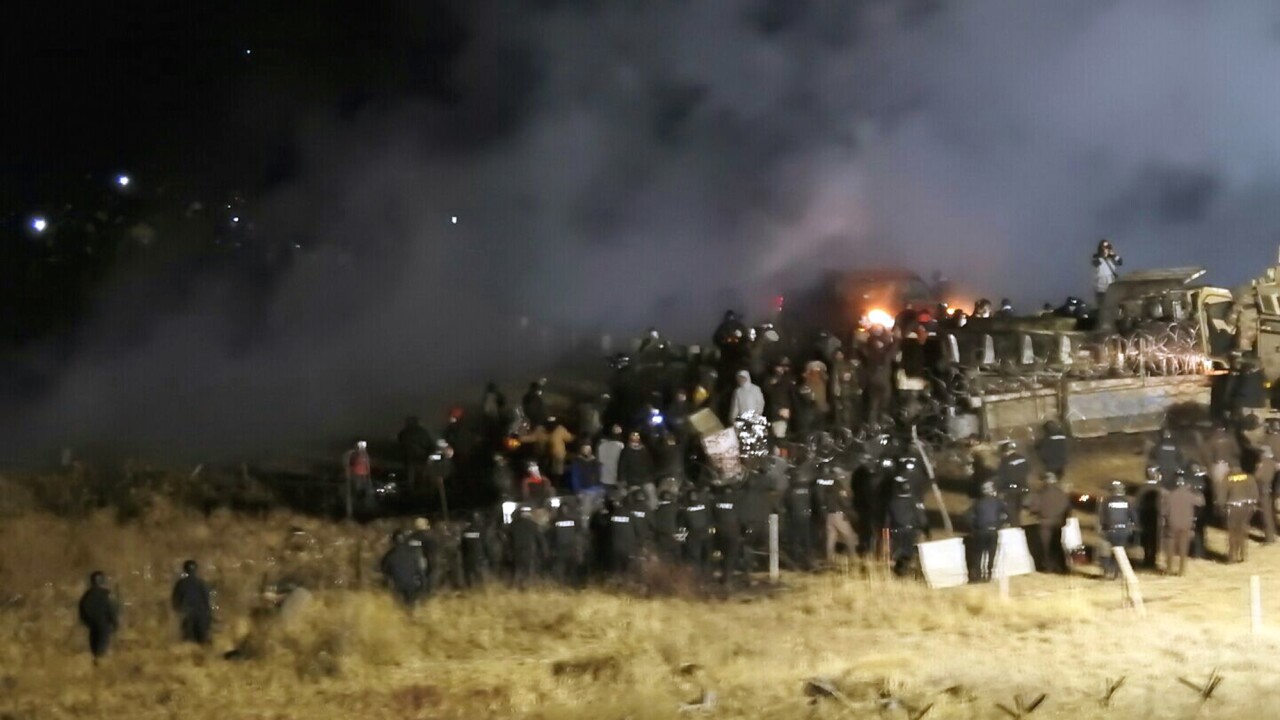 AP
FILE - In this Nov. 20, 2016 file photo, provided by Morton County Sheriff's Department, law enforcement and protesters clash near the site of the Dakota Access pipeline on Sunday, Nov. 20, 2016, in Cannon Ball, N.D. A federal judge on Monday, July 6, 2020 sided with the Standing Rock Sioux Tribe and ordered the Dakota Access pipeline to shut down until more environmental review is done. (Morton County Sheriff's Department via AP, File)

A federal judge on Monday sided with the Standing Rock Sioux Tribe and ordered the Dakota Access pipeline to shut down until more environmental review is done.

U.S. District Judge James Boasberg said in April that the pipeline, which has been in operation three years, remains “highly controversial” under federal environmental law, and a more extensive review is necessary than the environmental assessment that was done.

In a 24-page order Monday, Boasberg wrote that he was “mindful of the disruption such a shutdown will cause,” but said he had concluded that the pipeline must be shut down.

The pipeline was the subject of months of protests, sometimes violent, during its construction near the Standing Rock Sioux Reservation that straddles the North Dakota-South Dakota border.

The Standing Rock tribe presses litigation against the pipeline even after it began carrying oil from North Dakota.