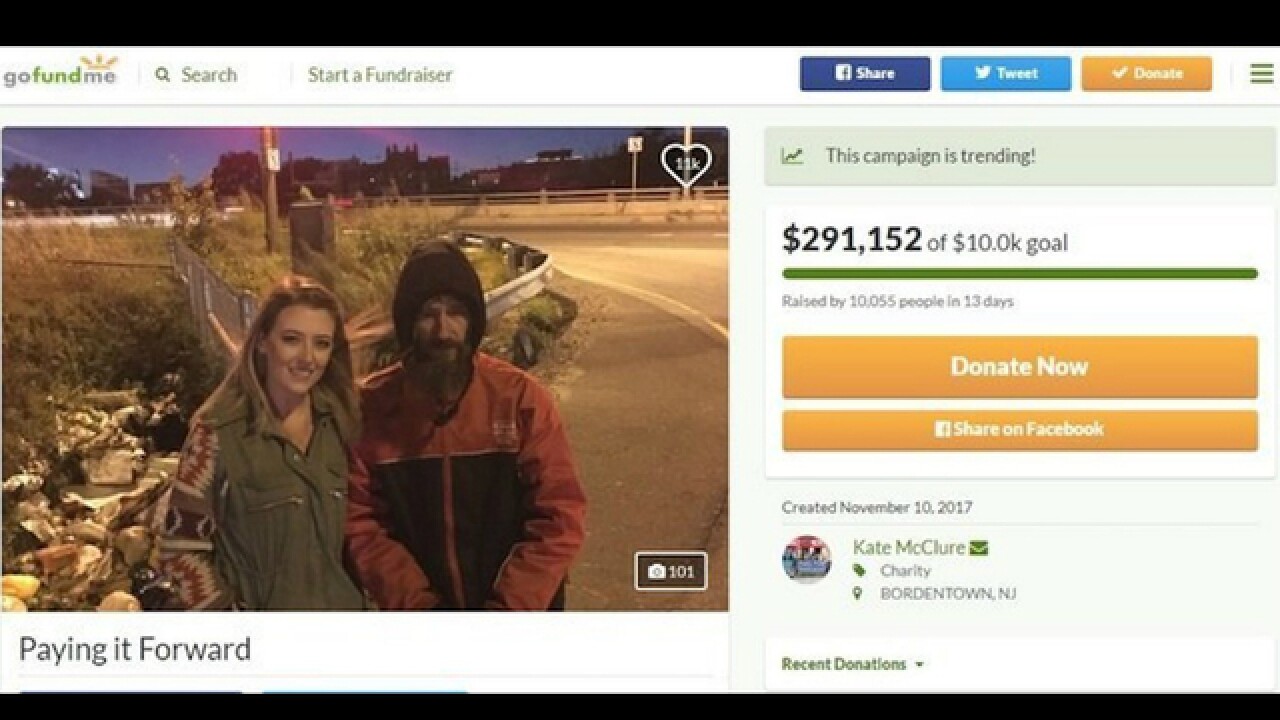 © 2018 Cable News Network, Inc.
Courtesy GoFundMe
<p>Last October, the homeless man used his last $20 to buy gas for a woman, Kate McClure, who was stranded on Interstate 95 in Philadelphia. McClure, in return, created a GoFundMe campaign with her boyfriend Mark D'Amico to raise money for Bobbitt to thank him.</p>

A judge wants to speak to the couple who started a GoFundMe account for a homeless Philadelphia man, only to get into a legal dispute over what happened to the money.

At a hearing Wednesday in New Jersey, Superior Court Judge Paula T. Dow ordered Kate McClure and Mark D'Amico to appear in court and answer questions about the $400,000 raised for Johnny Bobbitt Jr.

Judge Dow says she is no longer comfortable hearing only from the couple's attorney and wants them to answer questions about the case in person. Dow is also requiring Bobbitt to appear at the deposition, set for Monday, September 10.

GoFundMe said it is working with law enforcement to ensure that Bobbitt receives all of the nearly $400,000 raised on his behalf, though his attorney says he's learned there may be nothing left after earlier disbursements.

The case went to court last month when attorneys for Bobbitt demanded that a couple who befriended him give a full accounting of what happened to the funds.

Bobbitt had just $20 in his pocket when he met stranded motorist Kate McClure last October, but he gave her the money for gas. She and her boyfriend, Mark D'Amico, launched a fundraiser for him, saying they were touched by his act of kindness and wanted to help him out.

But Bobbitt's attorney, Chris Fallon, told CNN he learned Tuesday in a conference with the court and attorneys for McClure and D'Amico that the remainder of the money due his client is gone.

Asked to comment on this claim, the couple's attorney, Ernest Badway, said by email, "We have no comment."

The two sides in the feud have differed as to how much had been disbursed. McClure's and D'Amico's attorney said they had provided Bobbitt with more than $200,000, CNN affiliates WPVI and KYW reported.

According to WPVI and KYW , McClure and D'Amico had the money they raised on GoFundMe in their personal accounts, Bobbitt's lawyer said.

A judge last week ruled the couple needed to provide a full accounting of where the money has gone and said that, until then, the remaining money needs to be turned over to Bobbitt's legal team and kept in a trust.

Badway urged the public to withhold judgment until the accounting of the money was finished. The judge wants that done by September 10, WPVI reported.

In an interview with The Philadelphia Inquirer , McClure said she and D'Amico did what they could to help Bobbitt, who has a drug addiction, according to Fallon. The couple told the newspaper they gave Bobbitt more than half the money but were withholding the rest until he gets a job and is drug-free.

Fallon said that his client plans to participate in a month-long rehab program.

Bobby Whithorne, a spokesperson with GoFundMe, said the company is working with Bobbitt's legal team to ensure he gets support -- in the form of $20,000 to a bank account -- while the remaining money is recovered.

"It's important to remember that our platform is backed by the GoFundMe Guarantee, which means that in the rare case that GoFundMe, law enforcement or a user finds campaigns are misused, donors and beneficiaries are protected," GoFundMe said in a statement.