Ivanka Trump briefly sits in for her father at G20 session 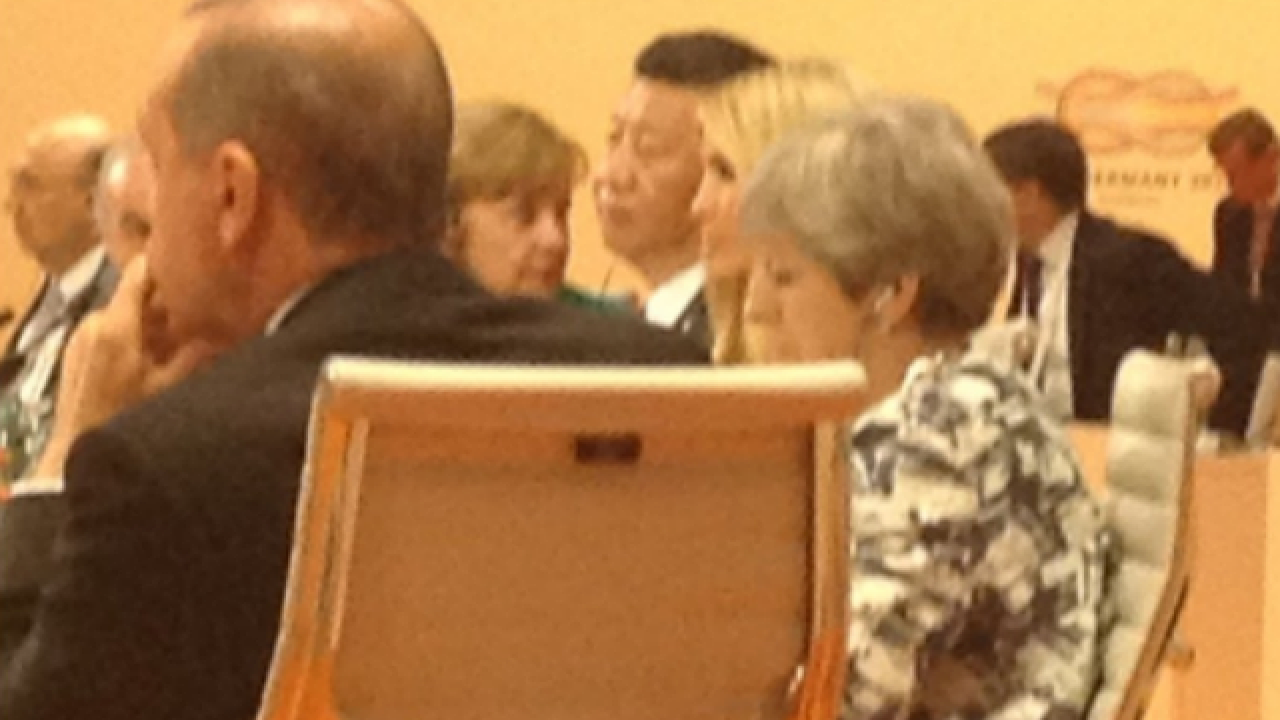 HAMBURG, Germany — President Trump's daughter and adviser Ivanka Trump has an expansive portfolio in her father's administration. But on Saturday, she literally took his seat at the table at the Group of 20 summit.

The first daughter was spotted slipping into Trump's seat at a working session on “Partnership with Africa, Migration and Health,” putting her shoulder to shoulder with British Prime Minister Theresa May. Russian President Vladimir Putin was sitting one seat down.

Social media filled with criticism, calling her "unelected" and "unqualified." Ivanka Trump's presence at the high-level table was somewhat unusual, given that government ministers or senior officials are typically the ones called to stand in for heads of state at such sessions. But she is both the president’s daughter and an unpaid “assistant to the president" who focuses on issues of women's empowerment and workplace development, and she maintains broad influence in the administration.

She entered the session with her father but “briefly joined the main table when the President had to step out,” a spokesperson for the first daughter said.

She also posed in a photograph with world leaders Saturday:

Asked about Ivanka Trump's presence at the table on Saturday, Merkel did not weigh in on whether it was appropriate, but she said that the decisions about who sits at the table should be left to the American delegation.

"The delegations themselves decide, should the president not be present for a meeting, who will take the chair, and Ivanka Trump was part of the American delegation," Merkel said at a press conference. "It is very well known that she works at the White House and that she is engaged in certain initiatives."

Another U.S. official, Nikki Haley, the U.S. Ambassador to the United Nations, also defended Trump in an interview with CBS's "Face the Nation."

"She’s got her certain issues that she focuses on, and when those things come up, then that’s where she is and that’s what she likes to focus on," Haley said, adding that Trump has sometimes sat in on meetings with her and the president. "I think she sees herself as part of a public servant family, and she doesn’t want to waste this time by not putting forward some effort to try and help the world."

"And so, I think that’s what she’s doing is fighting for small businesses in our country, fighting for women entrepreneurs, fighting to make sure that we are not only being just good with the United States, but we’re also internationally doing our part, whether it’s poverty or famine or whether we see it’s migration," Haley added. "And so those are the things I think that she’s working on, and I think she’s been very well accepted nationally and internationally."

Earlier on Saturday, Ivanka Trump and her father participated in a World Bank session on women's entrepreneurship, an issue that she has been particularly focused on.

In his remarks, Trump praised his daughter effusively for her work as a “forceful advocate” for female entrepreneurs: “I'm very proud of my daughter, Ivanka — always have been, from day one — I had to tell you that, from day one,” Trump said. “She's always been great. A champion. She's a champion.”