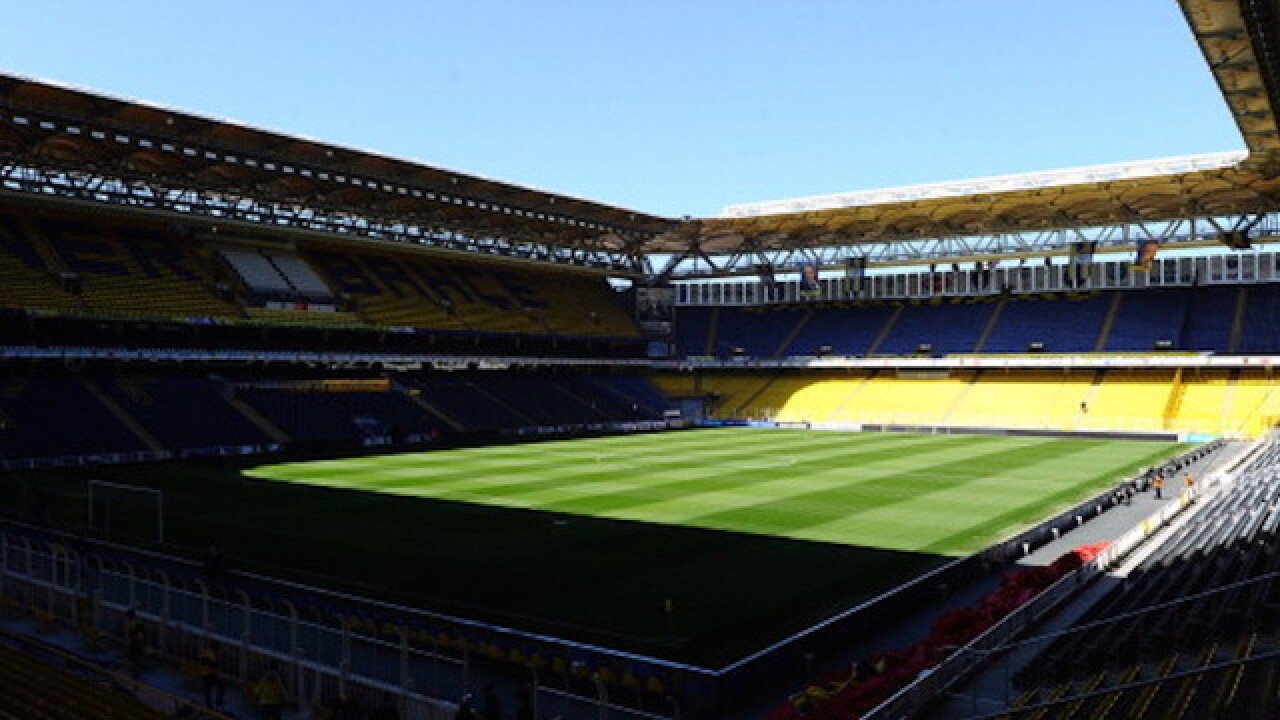 ISTANBUL (AP) — Turkish authorities called off Sunday's Galatasaray-Fenerbahce derby in Istanbul about two hours before kickoff citing an unspecified threat, and said the game would be played at a later date.

A brief statement from the Istanbul governor's office said the match was canceled following "the assessment of serious intelligence," but didn't provide details. It said the decision was made following "the request and the agreement" of the two bitter rivals.

Unconfirmed media reports said there was a bomb threat at the stadium.

The decision came a day after an Islamic State group-linked suicide bomber killed himself and four foreign tourists on Istanbul's main pedestrian street. The attack was the sixth suicide bombing in Turkey since July that have either been blamed on the IS group or claimed by Kurdish militants.

It came amid heightened alert in Turkey in the run-up to the Kurdish spring festival of Newroz, which have led to violent confrontations between Kurdish and Turkish security forces in the past.

Earlier, fans were told that the game would be played without spectators, the state-run Anadolu Agency reported, leading to protests by fans who were already inside the stadium. But authorities later decided to delay the game.