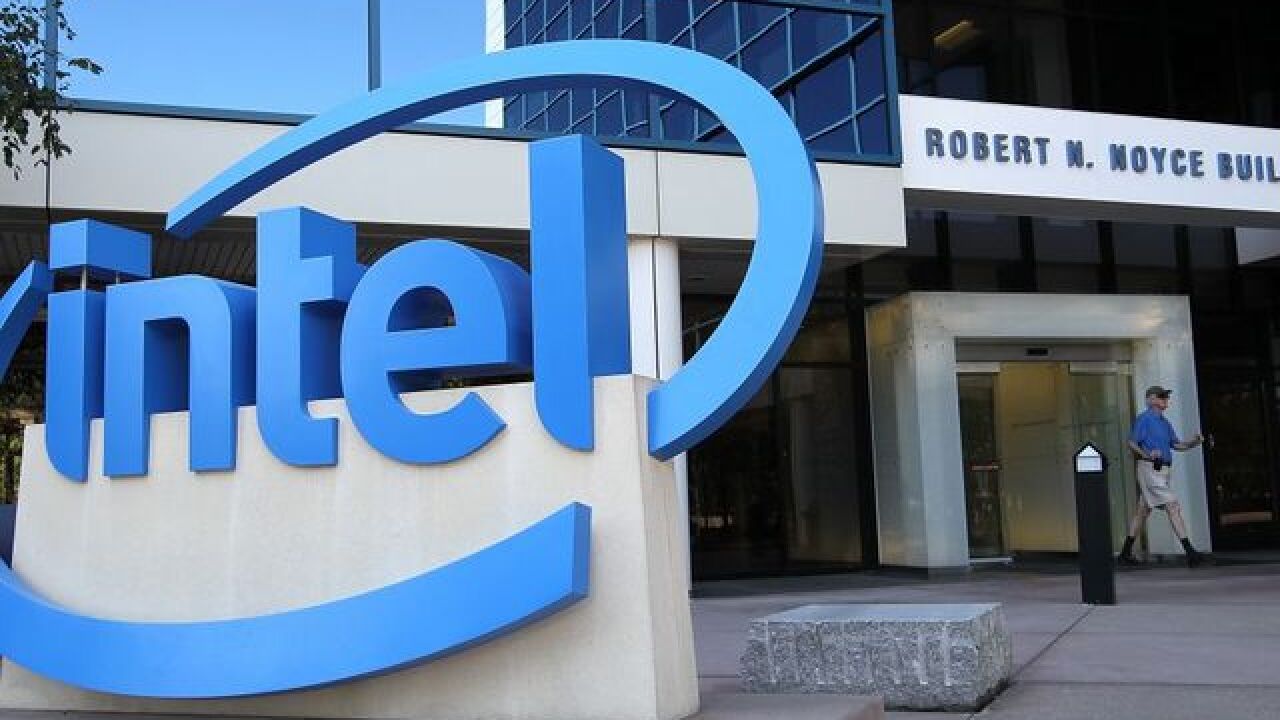 SAN FRANCISCO (AP) — Intel is cutting 12,000 jobs — about 11 percent of its workforce — as it reorganizes to confront a decline in sales of personal computers.

The giant chipmaker made the announcement Tuesday as it reported lower-than-expected sales for the first quarter. This as industry analysts say an extended slide in global PC sales is showing no signs of leveling off.

Intel, which has long been the world's leading maker of PC chips, is now trying to expand into other types of computing.

"It's time to make this transition," CEO Brian Krzanich told analysts. While calling the job cuts "difficult," he said they would help the company sharpen its focus in new areas.

The latest cuts follow an earlier reduction of about 5,000 jobs announced by Intel in 2014, and analysts say they may not be the last.

"These companies are so big that it takes time" — and sometimes multiple rounds of restructuring — to change direction, said Patrick Moorhead, a longtime industry expert at Moor Insights & Strategy.

Krzanich has been pushing Intel to change its focus from PCs to other computing segments that are growing and providing more profit. These include making microprocessors for "cloud computing" data centers, along with chips for Internet-connected gadgets, wearable devices and drones.

"We are evolving from a PC company to one that powers the cloud and billions of smart, connected computing devices," he said in a statement.

Intel said the job cuts will include "voluntary and involuntary departures" over the coming year, some of them occurring as Intel consolidates some of its PC chip operations into fewer locations. A spokeswoman declined to say exactly which jobs or locations would be affected.

Intel has large campuses in Portland, Oregon; Chandler, Arizona; Rio Rancho, New Mexico; and Santa Clara and Folsom, California. It also has facilities in countries including Israel and China.

Most of the affected workers will be notified in the next 60 days.

The cuts are likely to involve divisions making and selling chips for traditional desktop and laptop computers, Moorhead said. He noted Intel has signaled its plans to continue investing in chips for gaming consoles and new "two-in-one" devices that resemble tablets with detachable keyboards. Those devices are still seeing strong sales growth.

Analysts say Intel Corp., based in Santa Clara, was slow to recognize the growing popularity of smartphones and tablets. It now makes processors for those devices, but most handheld gadgets still use chips made by Qualcomm and other rivals.

Krzanich has been trying to change Intel's focus since he became CEO in 2013, and he's replaced several top executives in recent months. Intel said Tuesday that longtime Chief Financial Officer Stacy Smith will transition to a new position in coming months.

But aside from the data center business, which now contributes nearly a third of Intel's revenue, the markets for Intel's other new products are still "very embryonic," according to Mark Hung, an industry analyst at the Gartner research firm.

"It's going to take two to three years before they provide meaningful growth for the company," Hung said.

Krzanich cited Intel's first-quarter financial performance as evidence the transition is working. Intel reported revenue of $13.70 billion for the first three months of 2016, up 7 percent from the same period a year earlier.

That was slightly lower than the $13.73 billion that analysts surveyed by FactSet were expecting.

Sales for the division that makes PC chips actually rose 2 percent from a year earlier, but that segment also includes chips for tablets and other gadgets, making it difficult to see how Intel's PC business is doing by itself, Hung noted.

Global demand for PCs fell 9.6 percent in the first quarter, according to figures released earlier this month by Gartner. The industry has been in decline for the last four years, Hung noted, but some analysts had expected PC sales to level off this year. Instead, he noted quarterly PC shipments fell below 65 million for the first time since 2007.

Intel also issued a revenue forecast for the current quarter that was at the low end of analysts' expectations, while lowering its full-year forecast to call for sales to grow by a percentage in the "mid-single digits" — instead of the "mid- to high-single digits" growth the company had predicted earlier.