Infants should sleep in same room as parents for 6 months, study says 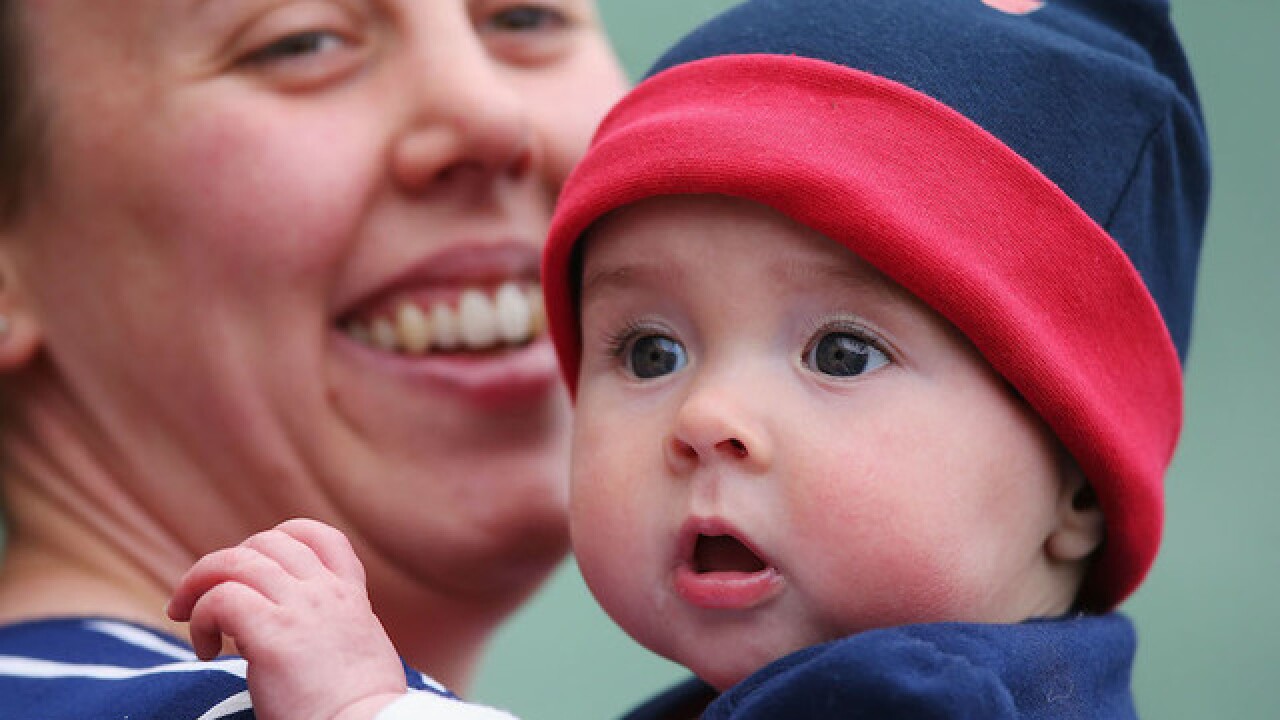 Copyright Getty Images
Michael Dodge
<p>MELBOURNE, AUSTRALIA - AUGUST 21: A baby Demons fan watches his first match during the round 22 AFL match between the Carlton Blues and the Melbourne Demons at Melbourne Cricket Ground on August 21, 2016 in Melbourne, Australia. (Photo by Michael Dodge/Getty Images)</p>

New light has been shed on the ancient debate about how long a newborn should stay in the same room as the parents.

The American Academy of Pediatrics released a study suggesting parents should share a bedroom with infants for at least the first six months after birth and preferably for a full year. But the infant should be in a separate bed to help prevent sleep-related deaths.

The study will be  released Monday  as part of the organization's report titled "SIDS and Other Sleep-Related Infant Deaths: Updated 2016 Recommendations for a Safe Infant Sleeping Environment." Room-sharing decreases the risk of SIDS by as much as 50 percent.

"We know that parents may be overwhelmed with a new baby in the home, and we want to provide them with clear and simple guidance on how and where to put their infant to sleep," Rachel Moon, MD, FAAP, lead author of the report said according to a news release. "Parents should never place the baby on a sofa, couch, or cushioned chair, either alone or sleeping with another person. We know that these surfaces are extremely hazardous."

The study suggests infants should sleep on a surface such as a crib or bassinet but never a couch, armchair or soft surface.

About 3,500 infants die annually from sleep-related deaths in the United States, according to the AAP.

"We want to share this information in a way that doesn't scare parents but helps to explain the real risks posed by an unsafe sleep environment," Dr. Moon said according to the news release. "We know that we can keep a baby safer without spending a lot of money on home monitoring gadgets but through simple precautionary measures."