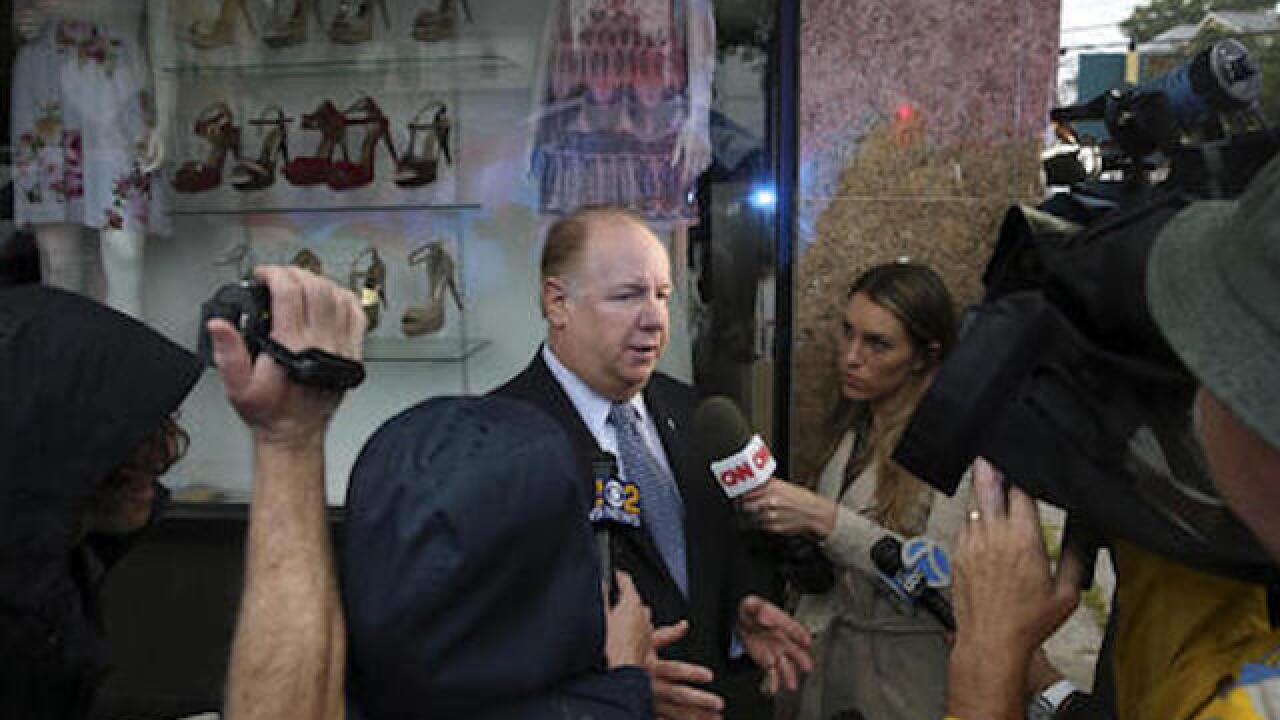 Copyright Associated Press
Mel Evans
<p>Elizabeth NJ. Mayor J. Christian Bollwage answers a question as he stands not far from where police and officials gathered at a building early Monday, Sept. 19, 2016, in Elizabeth, N.J. The Elizabeth apartment is tied to a man wanted for questioning in the New York City bombing. Ahmad Khan Rahami has lived at that address in Elizabeth. He is a naturalized citizen from Afghanistan, the FBI said. (AP Photo/Mel Evans)</p>

The man taken into custody for questioning about bombings in New York and New Jersey lived with his family above a restaurant owned by his father, a few miles from Newark Liberty International Airport.

A U.S. law enforcement official said Monday that Rahami had been taken into custody after a shootout in Linden, New Jersey.

Neighbors had complained to Elizabeth officials that the family restaurant was a late-night nuisance. When the city passed an ordinance requiring it to close early, Rahami's father and two brothers sued the city, Elizabeth Mayor Christian Bollwage said.

Source: Graphiq | Graphiq
Copyright 2016 The Associated Press. All rights reserved. This material may not be published, broadcast, rewritten or redistributed.