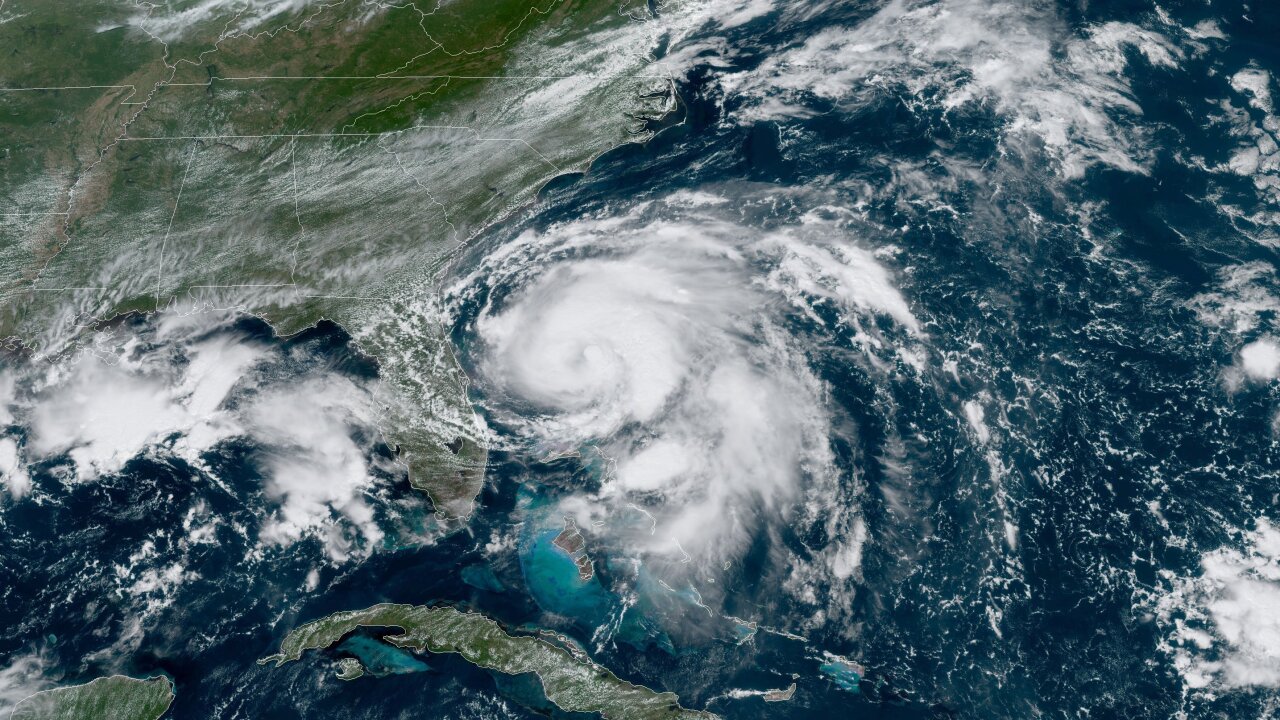 Humberto has been upgraded to a hurricane as it moves farther east into the Atlantic Ocean and away from land.

The Bahamas dodged the brunt of Humberto as it passed by Saturday with sustained winds around 70 mph, according to the National Hurricane Center.

The storm picked up speed as it moved away from the islands and strengthened into a Category 1 hurricane, with winds of 75 mph, Sunday night, the center said.

Hurricane Humberto is about 785 miles west of Bermuda and moving northeast at 3 mph, the hurricane center said late Sunday. It is forecast to continue at that pace through Monday morning before gaining speed and turning east-northeast over the next three days, the center said.

High surf and heavy rains will continue to be an issue throughout the week in Bermuda, the NHC said.

Swells will also impact the northwestern Bahamas and southeastern coast of the United States from east-central Florida up to North Carolina in the coming days, creating dangerous rip currents.

Forecasters are now monitoring at least two tropical disturbances, one in the Gulf of Mexico and the other in the Atlantic Ocean several hundred miles off the coast of Venezuela, as hurricane season continues.

The disturbance in the Atlantic is forecast to move north-northwest in the coming days and could strengthen into a hurricane by Friday, according to CNN Meteorologist Michael Guy.

Guy says those living in Antigua, Barbuda, Montserrat, Anguilla and the British Virgin Islands should be prepared for a possible hurricane by late next week.

The system in the Gulf of Mexico is forecast to bring rain to the Texas coast this week, Guy said.

The Bahamas is still recovering from Dorian

There was concern about what Humberto would bring to the Bahamas, where hundreds are still missing after the Category 5 Hurricane Dorian hit the Abaco Islands and Grand Bahama. The death toll currently stands at 50 but search and rescue teams are still searching through destroyed neighborhoods.

The islands did get some rain, CNN Meteorologist Derek Van Dam said, but did not get Humberto's full impact.

"They were spared the heaviest rain and the strongest winds, which were centered north and east of the storm," Van Dam said, adding the storm surge in the Bahamas was negligible.

Many people have been displaced following the devastating storm and at least 1,300 people were still listed as missing as of Thursday.

About 3,900 evacuees have been processed through south Florida by air and sea so far, officials said, with few being turned away.

The number includes US citizens, legal residents, Bahamians and people from other countries who evacuated the islands after the storm hit.