How truthful were Clinton, Trump during debate? We fact-checked them.

Politifact fact-checks from the second debate 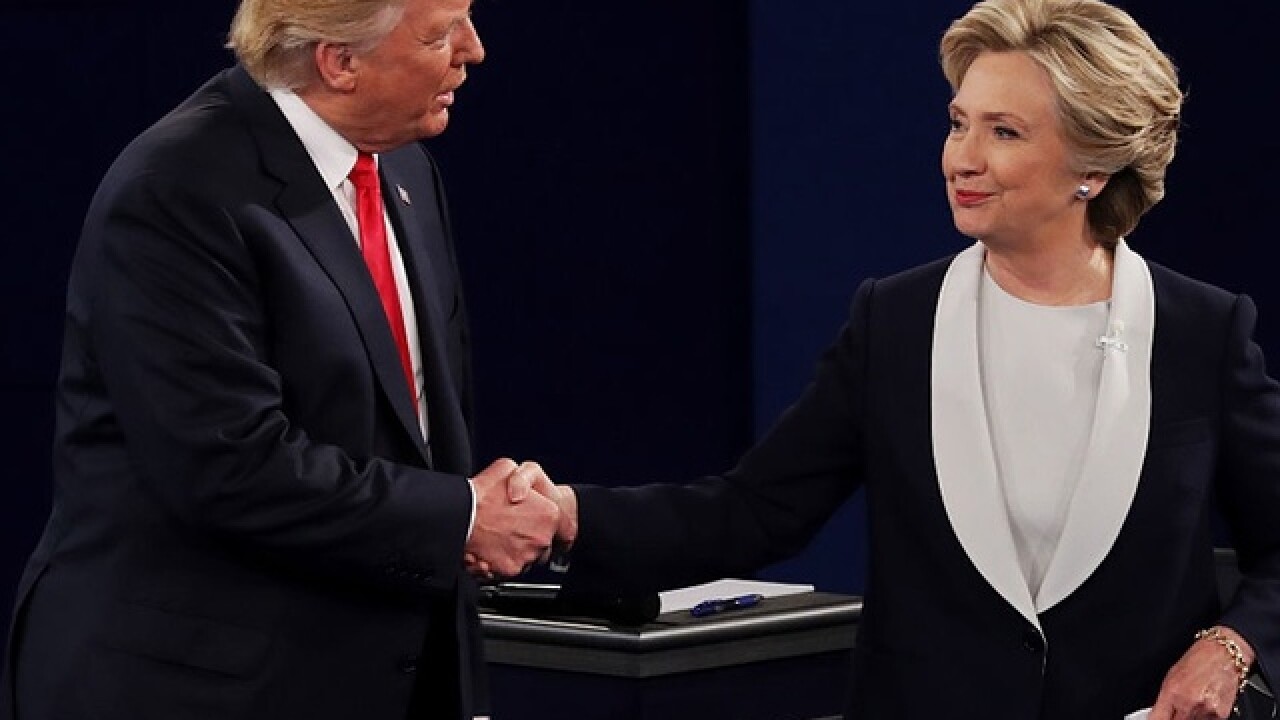 They touched on each other’s values and records, but how truthful were they on the issues facing the nation? Our media partners at Politifact tracked each candidate’s truthfulness throughout the debate.

Trump: Clinton promised to add 200K jobs to upstate New York, but 'they lost so many jobs'

This is mostly true. Trump is right that Clinton didn’t meet her jobs target in the private sector, but he’s wrong that the region lost jobs. The area actually added jobs, but Trump is correct in saying Clinton failed to live up to her pledge.

Trump: "We have to be sure that Muslims come in and report when they see something going on. When they see hatred going on, they have to report it. As an example, in San Bernardino, many people saw the bombs all over the apartment of the two people that killed 14 and wounded many, many people."

Clinton: "Right now we are at 90 percent health insurance covered. That's the highest we've ever been in our country."

True. According to Census Bureau data, that’s correct. It was just shy of 91 percent in 2015, the most recent year for which data is available.

Trump: "She wants to go to a single-payer plan."

This is not accurate. Clinton has vowed to defend and build upon the Affordable Care Act, but she has consistently resisted a single-payer option for the whole system.

Clinton and her staff deleted the emails without any government review in December 2014, saying they were personal correspondence.

Clinton: "We’ve seen him insult women...immigrants, African-Americans, Latinos, people with disabilities, POWs, Muslims and so many others."

This is accurate. Here are some of the things Trump has said about women, Mexican immigrants, a reporter with a disability, former POW Sen. John McCain and a Muslim-American Gold Star family.

Trump: "Last year, we had almost $800 billion trade deficit. In other words, trading with other countries. We had an $800 billion deficit."

Trump: "I watch what's happening with some horrible things like Obamacare, where your health insurance and health care is going up by numbers that are astronomical, 68 percent, 59 percent, 71 percent."

This is Half True. Trump previously floated rates of 35 to 55 percent. Some insurance plans in the federal exchange will see price hikes at the levels that Trump had previously suggested, but he was cherry-picking the high end of premium changes to come. Estimates for the national average are far below Trump’s figures, ranging from 4.4 percent to 13 percent.