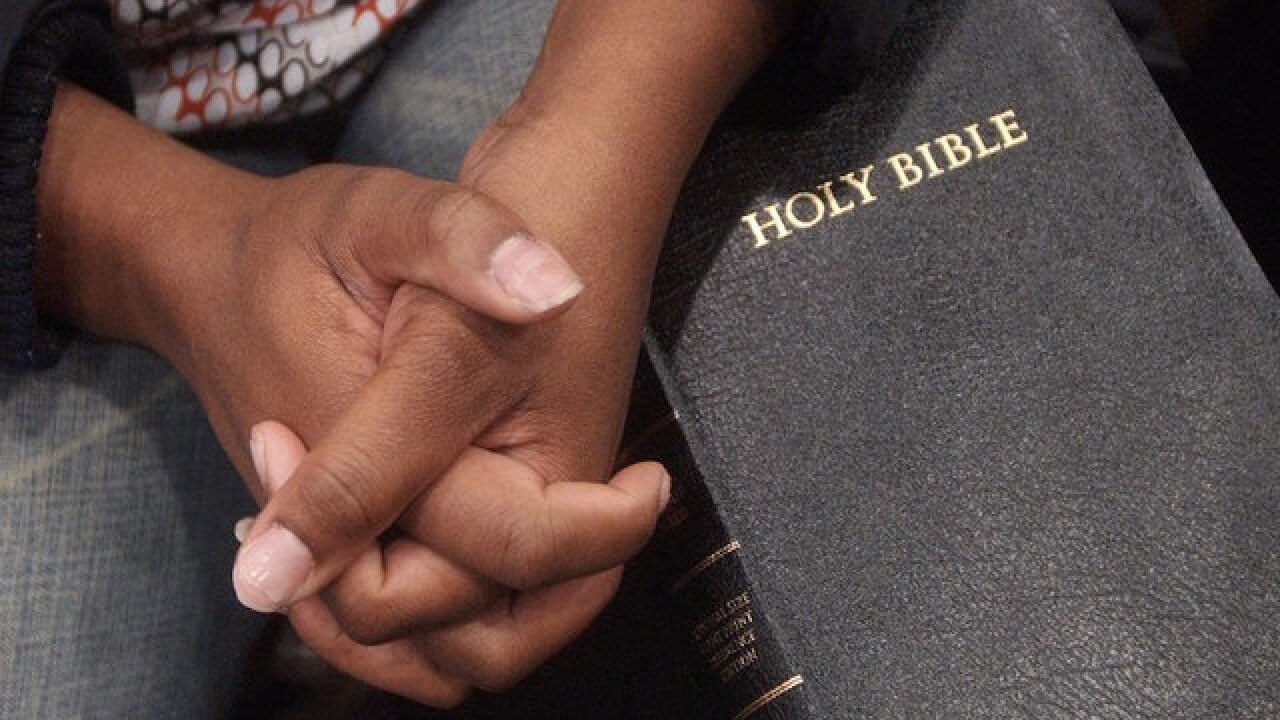 NEW YORK (AP) — On the latest list of books most objected to at public schools and libraries, one title has been targeted nationwide, at times for the sex and violence it contains, but mostly for the legal issues it raises.

"You have people who feel that if a school library buys a copy of the Bible, it's a violation of church and state," says James LaRue, who directs the Office for Intellectual Freedom for the American Library Association, which released its annual 10 top snapshot of "challenged" books on Monday, part of the association's "State of Libraries Report" for 2016.

"And sometimes there's a retaliatory action, where a religious group has objected to a book and a parent might respond by objecting to the Bible."

LaRue emphasized that the library association does not oppose having Bibles in public schools. Guidelines for the Office for Intellectual Freedom note that the Bible "does not violate the separation of church and state as long as the library does not endorse or promote the views included in the Bible." The ALA also favors including a wide range of religious materials, from the Quran to the Bhagavad Gita to the Book of Mormon. LaRue added that the association does hear of complaints about the Quran, but fewer than for the Bible.

The Bible finished sixth on a list topped by John Green's "Looking for Alaska," which has been cited for "offensive language" and sexual content. The runner-up, challenged for obvious reasons, was E L James' raunchy romance "Fifty Shades of Grey."

"I Am Jazz," a transgender picture book by Jessica Herthel and Jazz Jennings, was No. 3, followed by another transgender story, Susan Kuklin's "Beyond Magenta." The list also includes Mark Haddon's "The Curious Incident of the Dog in the Night-Time," Alison Bechdel's "Fun Home," Craig Thompson's "Habibi," Jeanette Winter's "Nasreen's Secret School: A True Story from Afghanistan" and David Leviathan's "Two Boys Kissing," with one objection being that it "condones public displays of affection."

"Many of the books deal with issues of diversity," LaRue said. "And that often leads to challenges."

The association bases its list on news reports and on accounts submitted from libraries and defines a challenge as a "formal, written complaint filed with a library or school requesting that materials be removed because of content or appropriateness." Just 275 incidents were compiled by the ALA, down from 311 the year before and one of the lowest on record. The ALA has long believed that for every challenge brought to its attention, four or five others are not reported. LaRue says the association does not have a number for books actually pulled in 2015.

Challenged works in recent years have ranged from the Harry Potter novels to Harper Lee's "To Kill a Mockingbird."

Discussing recent events, LaRue said he was concerned by legislation that Virginia Gov. Terry McAuliffe recently vetoed forcing schools to warn parents if their children will be assigned books with sexually explicit content. A Fairfax County mother had protested the use of Toni Morrison's Pulitzer Prize-winning "Beloved" in her son's high school senior class. The 1987 novel set in the post-Civil War era includes scenes depicting sex, rape and bestiality and has appeared occasionally on the ALA challenged books list.

"We see the danger of censorship moving from the school library into the English classroom," LaRue said.