Storm has killed 2 so far 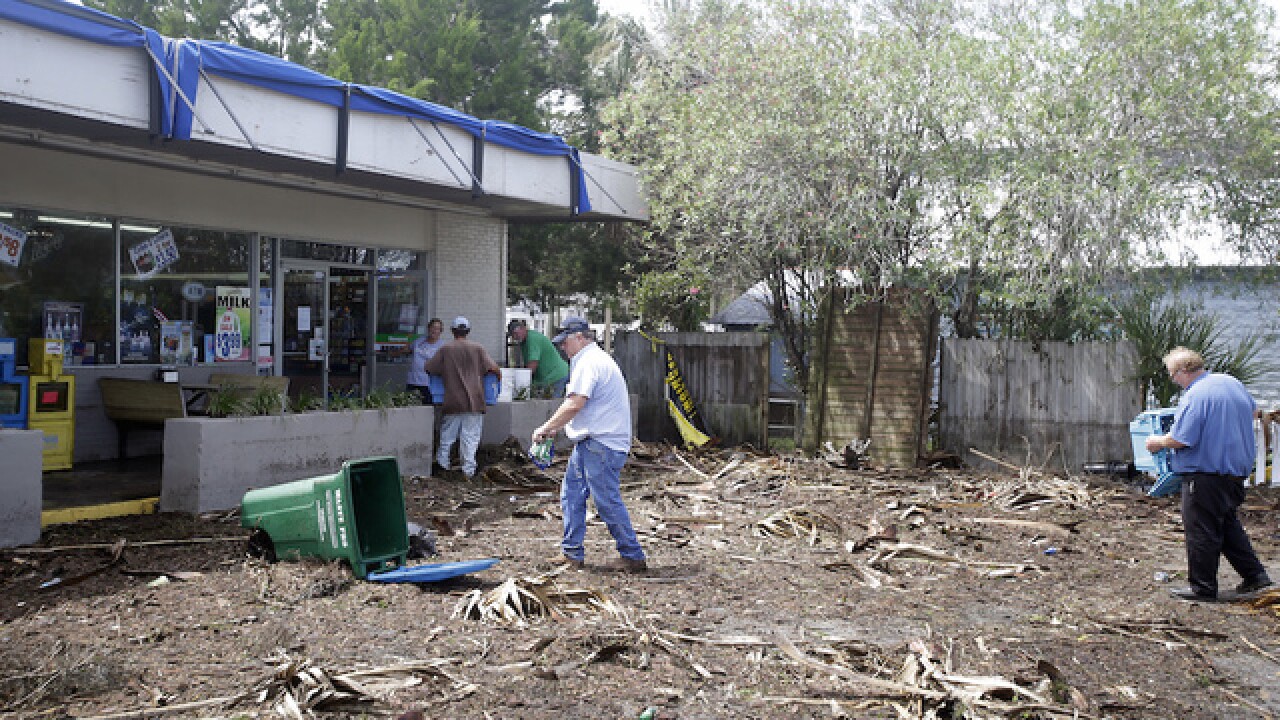 John Raoux
<p>Workers clean up debris caused by Hurricane Hermine, in the parking lot in front of convenience store, Friday, Sept. 2, 2016, in Cedar Key, Fla. Hermine was downgraded to a tropical storm after it made landfall.</p>

Hermine already caused 2 deaths, damaged homes and businesses and left hundreds of thousands without electricity from Florida to Virginia.

"This is not a beach weekend for anyone in the Mid-Atlantic to the northeast," said Eric Blake, a hurricane specialist at the National Hurricane Center in Miami.

This is a "storm to take seriously" with "life-threatening water levels along the coast," Blake warned.

Tropical Storm Warnings were extended as far north as Massachusetts, with dangerous storm surges expected. Governors all along the coast announced emergency preparations.

Hermine rose up over the Gulf of Mexico as a Category 1 hurricane, hitting Florida and crossing over Georgia before whipping up the Carolinas Saturday.

The winds became so strong that state transportation officials closed all bridges to North Carolina's Outer Banks after a deadly accident over the intracoastal waterway.

Tyrell County Sheriff Darryl Liverman told the Virginian-Pilot that high winds tipped over an 18-wheeler, killing its driver and shutting down the U.S. 64 bridge.

And on Hatteras Island in the Outer Banks, a small tornado spawned by Hermine knocked over two trailers and injured four people, authorities said.

In Florida, a homeless man died from a falling tree.

Forecasters said the system could strengthen back into a hurricane by Monday morning off the Maryland-Delaware coast before weakening again as it moves north.

The timing couldn't be worse for communities along the coast hoping for revenue from Labor Day events. In Savannah, Georgia, Bacon Fest was canceled Friday and the Craft Brew Fest had to move beer tents indoors.

In Virginia Beach, the storm forced Bruce Springsteen to move a Saturday night concert to Monday.

Farther up the coast, Amtrak cancelled or altered some service as the storm approached.

With about 300,000 Florida homes still without electricity on Saturday, Gov. Rick Scott said restoring power is the state's top priority.

"I want everybody to have their power. I want them to be able to take a hot shower," he said.