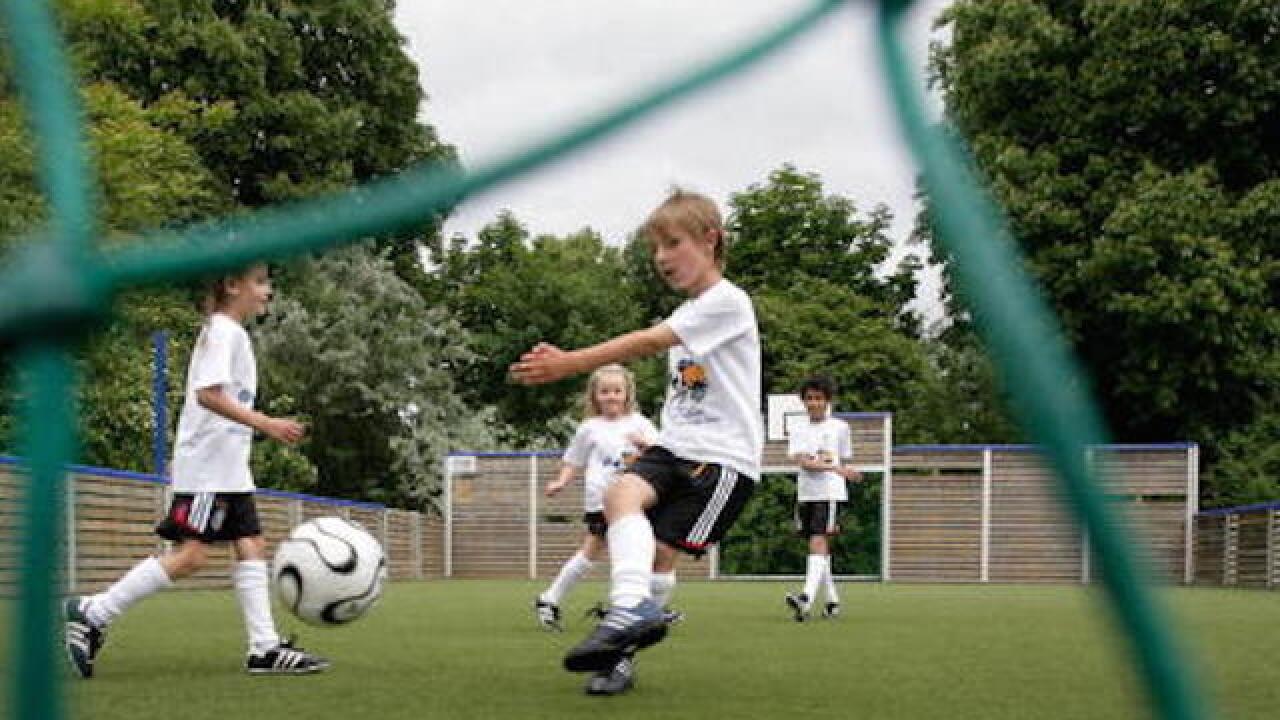 Copyright Getty Images
Alexander Heimann
<p>DARMSTADT, GERMANY - MAY 16: Children play football on the synthetic turf football ground of the "Georg Buechner Schule" on May 16, 2007 in Darmstadt, Germany. The German Football Association aims to build up to a thousand new football grounds all over Germany in order to encourage children to be more interested in sports (Photo by Alexander Heimann/Bongarts/Getty Images)</p>

Head injuries among youth soccer players have increased by 1600 percent from 1990 through 2014, according to a study released by Nationwide's Children Hospital on Monday.

While participation in soccer has surged to 3 million children, the hospital found that players are getting injured more frequently. The study did not state a reason as to why youth soccer players were more prone to concussions.

Of the injuries that required a hospital visit, 7 percent were for head injuries. Sprains accounted for a plurality of soccer-related hospital visits at 35 percent. Overall, soccer injuries increased by 77 percent since 1990, the study found.

"The sport of soccer has changed dramatically in the last 25 years,” said Huiyun Xiang MD, MPH, PhD, senior author and Director of Research Core at the Center for Injury Research and Policy at Nationwide Children's Hospital. “We’re seeing athletes play year-round now thanks to club, travel and rec leagues, and the intensity of play is higher than it ever has been. These factors combine to lead to more risk of injury.”

The study also found that girls were more susceptible to injuries than boys.

The hospital offered tips to avoid getting injured:

• Participate in a pre-season conditioning program that focuses on building core muscles, strengthening neck muscles, and working on hip and thigh strength.
• Warm up before you play
• Always wear the recommended protective gear (shin guards, mouth guards)
• Follow and enforce the rules. Many injuries occur during illegal play or when coaches or referees don’t enforce the rules.
• Learn about concussions. Know the symptoms of concussions and how to spot them. Encourage players to report any hits to the head even if they happen in practice. Make sure to follow concussion management and return-to-play policies.
• Limit heading for younger players. Only allow heading once children reach 11 years of age and introduce it slowly by limiting the amount of heading in practice for children 11-13 years of age.
Copyright 2016 Scripps Media, Inc. All rights reserved. This material may not be published, broadcast, rewritten, or redistributed.