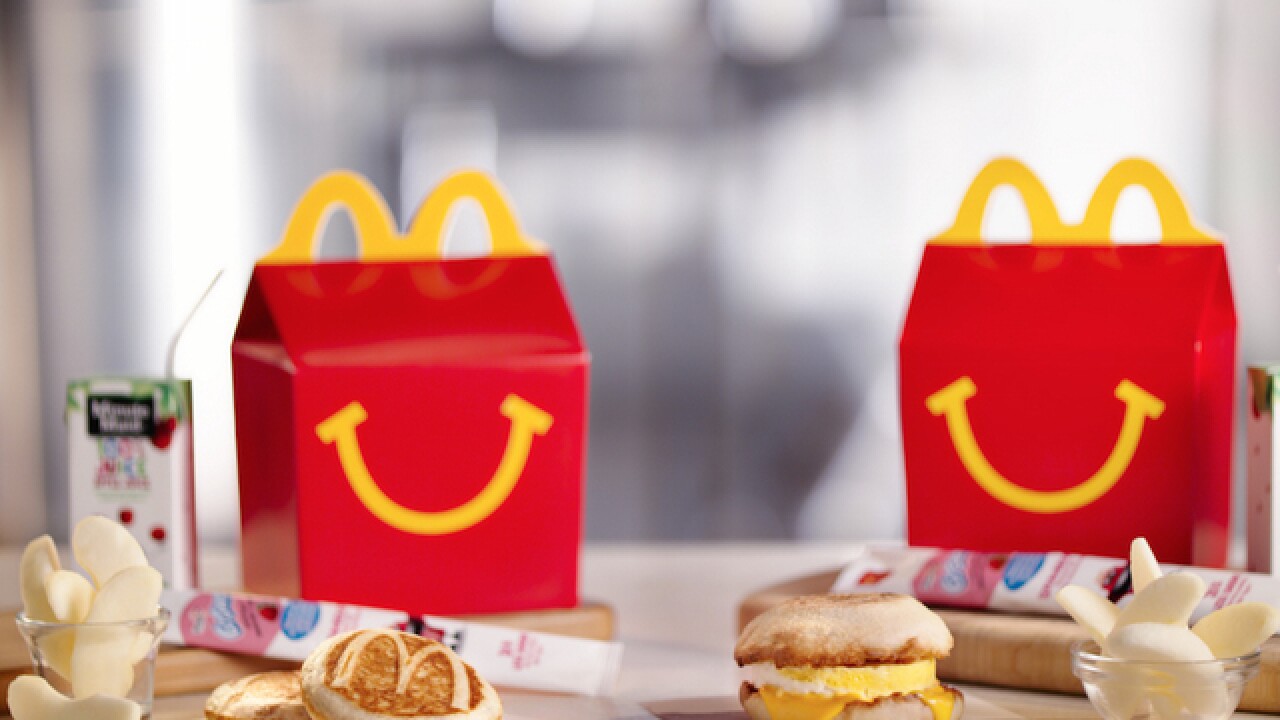 The fast-food chain says it will begin testing breakfast Happy Meals in Tulsa, Oklahoma on Sept. 26. The Happy Meals come with either two McGriddles cakes or an egg and cheese McMuffin. McDonald's says the latter option is the same size as a regular Egg McMuffin, except without the slice of Canadian bacon or butter.

McDonald's Corp., based in Oak Brook, Illinois, has been trying to win back customers since CEO Steve Easterbrook took over last year and said he wanted to transform it into a "modern, progressive" burger company. The company had conceded that it failed to keep up with changing tastes, with sales slumping in recent years.

One of the company's biggest moves since Easterbrook took over was the rollout of an all-day breakfast menu in the U.S. last fall. It's not clear what affect the addition is having. Although U.S. sales have been up at established locations in the last four quarters, McDonald's hasn't said how much of that has come from an uptick in customer visits, versus factors such as higher pricing.

McDonald's is known for getting more business from families with children relative to its traditional rivals, such as Burger King and Wendy's.

The company says the McGriddles cakes in the Happy Meals have 240 calories, and the egg and cheese McMuffin has 260 calories. The Happy Meals also come with side apples, yogurt or hash browns. In the afternoon and evenings, fries are also an option.

If the test is successful and goes national, it would be the first new entree for the Happy Meal in more than 30 years, said McDonald's spokeswoman Becca Hary. The test of breakfast Happy Meals was first reported by USA Today.