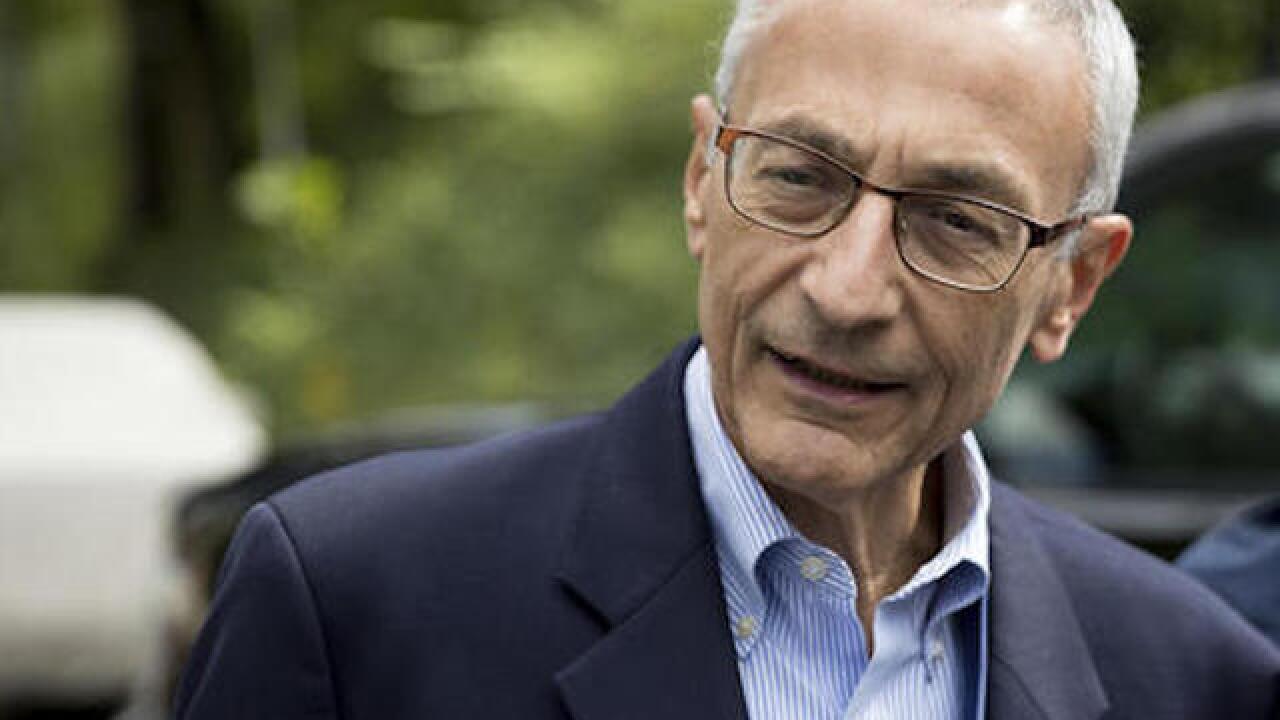 WASHINGTON (AP) — Hacked emails reveal internal disagreement among top aides to Hillary Clinton about her determination to hold a Clinton Foundation summit in Morocco that later drew attention over its reliance on large financial pledges from foreign governments.

Clinton aide Huma Abedin bluntly wrote in the January 2015 email that "if HRC was not part of it, meeting was a non-starter" and then warned: "She created this mess and she knows it."

It was an uncharacteristic remark from a confidant known for her abiding loyalty to Clinton over the years.

The hacked email was among more than 4,000 messages posted Thursday on the website of the WikiLeaks organization. The emails were stolen from the accounts of John Podesta, Clinton's campaign chairman.

In Wednesday's final presidential debate, Donald Trump said he doubted the conclusion by U.S. intelligence officials that the Russian government is behind a string of recent targeted cyberattacks and subsequent leaks to influence the election. Clinton sharply criticized the Republican nominee for using the stolen emails to attack her, as well as a past statement encouraging hackers to leak more.

Podesta has warned that some emails may have been edited or altered by the hackers prior to release, though the Clinton campaign has yet to publicly identify an instance of that happening.

In her email, Abedin told Podesta and current Clinton campaign manager Robby Mook that the lavish May 2015 meeting of the Clinton Global Initiative was based on a $12 million pledge from Moroccan King Mohammed VI to host the event.

"The King has personally committed approx. $12 million both for the endowment and to support the meeting," Abedin wrote.

Clinton was no longer serving as secretary of State at the time of the meeting in Marrakesh. Sponsor donations have sometimes been used to defray the costs of meetings for CGI, the foundation's program of worldwide charity and development projects.

Politico has reported that the meeting was partly supported by a pledge of at least $1 million from OCP, a Moroccan phosphate export firm whose directors at the time included several top Moroccan government ministers, including the heads of the nation's foreign affairs and interior ministries.

Among the other listed attendees were several corporate figures who had met with Clinton when she was secretary of state or were long-time political fundraisers.

They included entertainment magnate Haim Saban and his psychologist wife, Cheryl, who are bundlers for Clinton's presidential campaign and met with her several times during her State Department tenure. Other philanthropic attendees included political backers Jay Snyder and Steven Wozencraft.

The internal email exchange between Abedin, Mook and Podesta reveals that there was internal disagreement ahead of time over Clinton's push for the Moroccan meeting.

The Clinton campaign was not immediately available to comment on the newly released WikiLeaks email.

In her message, Abedin said that Clinton's personal appearance at the planned meeting was a key element in the Moroccan decision to host the event.

"The condition upon which the Moroccans agreed to host the meeting was her participation," Abedin wrote. She added that "CGI also wasn't pushing for a meeting in Morocco and it wasn't their first choice."

But days after OCP's role in the Marrakesh meeting was publicized, Clinton decided not to attend. Her decision came despite a November 2014 email in which Abedin insisted "no matter what happens, she will be in Morocco hosting CGI on May 5-7, 2015. Her presence was a condition for the Moroccans to proceed so there is no going back on this."

A week after the donation from OCP was revealed in April, the Clinton Foundation announced it was tightening its policy on donations from foreign governments, agreeing to allow financial gifts only from six nations that had previously supported the foundation's health, poverty and climate change programs. Those nations were Australia, Canada, Germany, the Netherlands, Norway and the United Kingdom.

In August, former President Bill Clinton said that if his wife is elected, the family's foundation would no longer accept any donations from foreign governments or corporations, or from U.S. companies.