GOP, Kavanaugh accuser in standoff over her Senate testimony 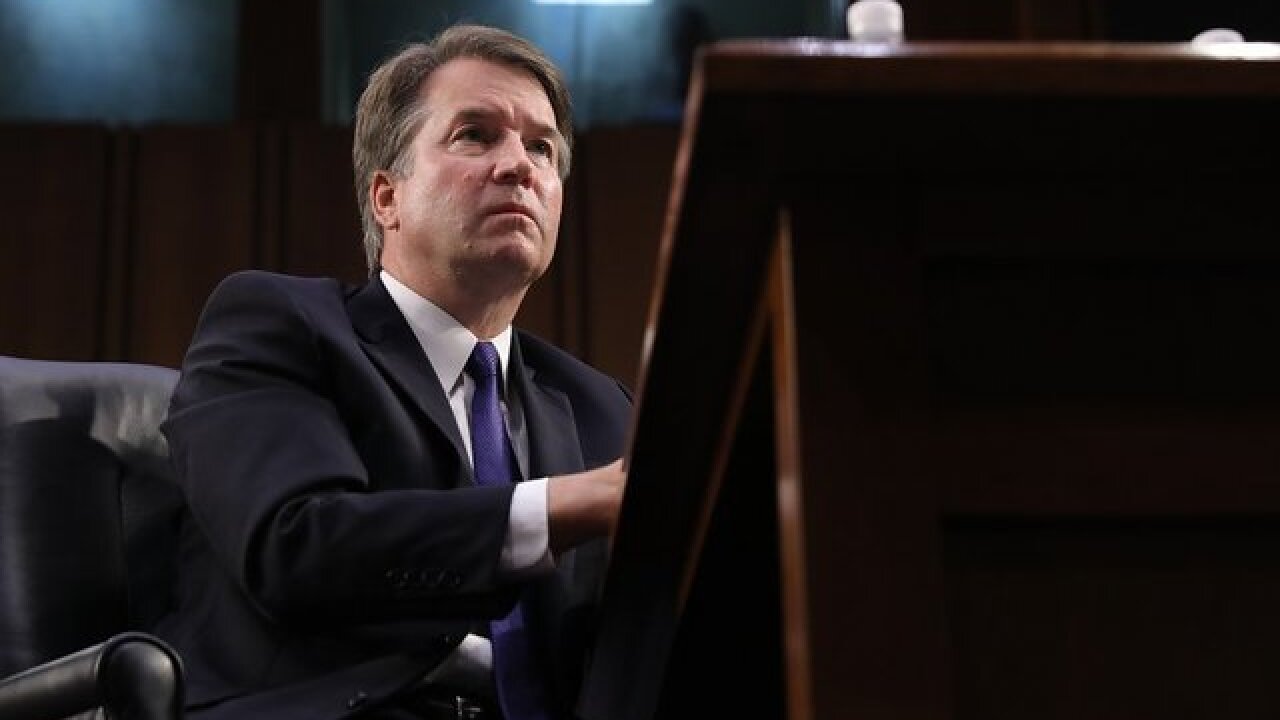 WASHINGTON (AP) -- The Senate Judiciary Committee chairman on Friday rejected concessions sought by Brett Kavanaugh's accuser if she is to testify about her claim Kavanaugh sexually assaulted her when they were teenagers, and threatened a Monday vote by his panel on Kavanaugh's Supreme Court nomination without a quick agreement.

Minutes before a 10 p.m. deadline set by Sen. Chuck Grassley, R-Iowa, an attorney for Christine Blasey Ford requested another day to decide. Lawyer Debra Katz said the time limit's "sole purpose is to bully Dr. Ford and deprive her of the ability to make a considered decision that has life-altering implications for her and her family."

In a near-midnight tweet aimed at Ford, Grassley wrote that if she doesn't wish to testify, "say so so we can move on I want to hear ur testimony." That capped a tumultuous day President Donald Trump began with an incendiary tweet of his own, stating that if the long-ago incident was "as bad as she says," she or "her loving parents" surely would have reported it to law enforcement.

The late-night brinkmanship between Grassley and Ford left in question whether she would appear before the GOP-run committee and describe her allegation to a captivated nation. Now a 53-year-old California psychology professor, Ford says an inebriated Kavanaugh pinned her on a bed, muffled her cries and tried removing her clothes when both were teenagers in the 1980s.

Grassley turned down Ford's request that only senators, not attorneys, be allowed to ask questions. The committee's 11 Republicans -- all men -- have been seeking an outside female attorney to interrogate Ford, mindful of the election-season impression that could be left by men trying to pick apart a woman's assertion of a sexual attack.

He also rejected her proposal that she testify after Kavanaugh, a position lawyers consider advantageous because it gives them a chance to rebut accusations.

"We are unwilling to accommodate your unreasonable demands," Grassley said in a written statement.

Grassley's stance underscored a desire by Trump and GOP leaders to usher the 53-year-old Kavanaugh onto the high court by the Oct. 1 start of its new session and before the November elections, when Democrats hope to grab congressional control.

Kavanaugh's ascension to the Supreme Court seemed a sure bet until Ford emerged last weekend and provided details of the alleged assault. Kavanaugh, a District of Columbia Circuit Court of Appeals judge, has repeatedly denied the accusation.

Trump's searing tweet reproaching Ford defied the Senate Republican strategy, and the advice of White House aides, of not disparaging her while firmly defending his nominee and the tight timetable for confirming him.

It brought blistering rejoinders from Democrats and a mix of silence and sighs of regret from his own party. Republican Sen. Susan Collins of Maine, who hasn't declared support for Kavanaugh, called the remark "appalling."

It was also the latest provocation -- from a man who's faced a litany of sexual misconduct allegations himself -- of moderate female voters whose support Republicans will need to fend off Democrats in the approaching midterm elections.

At a campaign rally in Missouri later Friday, Trump didn't mention Ford but said Kavanaugh was born to be on the Supreme Court and "it's going to happen."

The Judiciary panel's top Democrat expressed fury at Grassley's negotiating position with Ford and maintained Democrats' effort to build the battle into a larger election-year question about the treatment of women.

"Bullying a survivor of attempted rape in order to confirm a nominee -- particularly at a time when she's receiving death threats -- is an extreme abuse of power," said Sen. Dianne Feinstein of California.

Female interrogators "are sensitive to the particulars of Dr. Ford's allegations" and would "generate the most insightful testimony and will help de-politicize the hearing," said a letter Grassley's staff sent Ford's lawyers. Kavanaugh, a District of Columbia Circuit Court of Appeals judge, has repeatedly denied the accusation.

Grassley said he'd schedule a hearing for Wednesday, not Thursday, as Ford prefers.

He also rebuffed other Ford requests, including calling additional witnesses. Ford wants an appearance by Mark Judge, a Kavanaugh friend who Ford asserts was at the high school party and in the bedroom where Kavanaugh's assault occurred. Ford eventually escaped.

Grassley consented to other Ford demands, including that she be provided security and that Kavanaugh not be in the hearing room when she testifies.

Ford's request for security comes after her lawyers said she has relocated her family due to death threats. She planned to meet with FBI agents in the San Francisco area to discuss those threats, said a person close to her who would describe her plans only anonymously.

The GOP letter to Ford's lawyers said Kavanaugh and his family have received death threats too, "And they're getting worse each day."

Kavanaugh had seemed to gain momentum among Republican senators this week, with growing numbers saying it was approaching time to vote and those who'd voiced concern about Ford's charges stopping short of expressing opposition to Kavanaugh. But with the slender 51-49 GOP majority and the unpredictability of how Ford and Kavanaugh would come across to millions of American voters should she agree to testify, his approval remains in question.

Minutes after Trump's tweet Friday, Senate Majority Leader Mitch McConnell played verbal hardball of his own, drawing a standing ovation when he assured a gathering of evangelical activists that the conservative Kavanaugh would soon be a justice.

"We're going to plow right through and do our jobs," he said at the Values Voter Summit.

Trump sent his caustic tweet from Las Vegas, where he'd spent the night after a political rally.

"I have no doubt that, if the attack on Dr. Ford was as bad as she says, charges would have been immediately filed with local Law Enforcement Authorities by either her or her loving parents. I ask that she bring those filings forward so that we can learn date, time, and place!" he wrote.

The remark infuriated many who've long argued that women are frequently overwhelmed, confused and ashamed by sexual attacks and keep silent or even bury the memory without confiding with anyone. Using a combination of Justice Department statistics and Census Bureau surveys, the government says fewer than 1 in 4 rapes and sexual assaults were reported to police in 2016.

Ford has said she never mentioned the alleged incident to anyone until 2012, when she revealed it during a marriage counseling session with her husband.