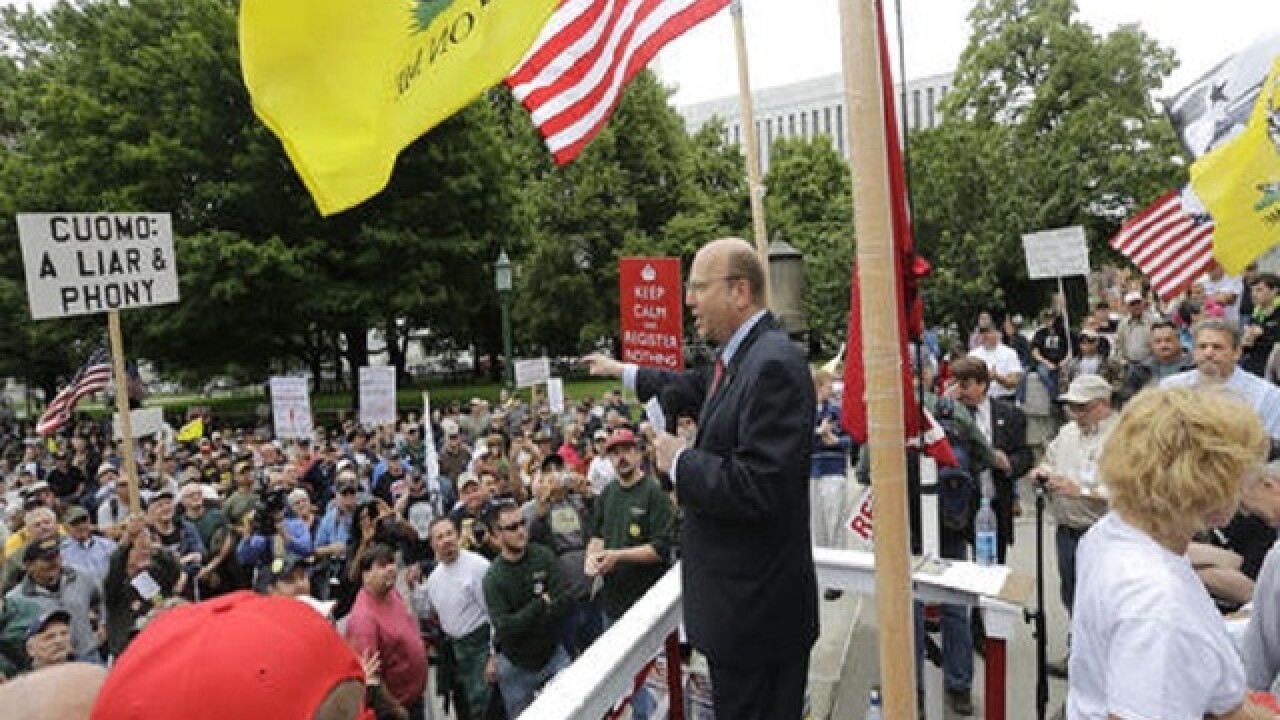 Posted at 10:25 PM, Sep 14, 2016
ALBANY, N.Y. (AP) — Local Republican Party chairmen in New York have picked a replacement to fill a position formerly held by a GOP lawmaker who won his primary election Tuesday, days after killing himself.
GOP chairmen from Monroe, Livingston and Steuben counties Wednesday selected former state Assemblyman Joseph Errigo.
Errigo will replace the late Bill Nojay on the Nov. 8 ballot in the Republican-leaning 133rd Assembly District, which represents parts of suburban Rochester and the Finger Lakes region.
Nojay was a vocal advocate for gun rights and Republican presidential candidate Donald Trump.
He was facing a fraud trial in Cambodia and reportedly under FBI scrutiny when he went to his family's cemetery plot in Rochester and shot himself in front of an arriving police officer last Friday.
Errigo will face Democrat Barbara Baer in November.
WCPO